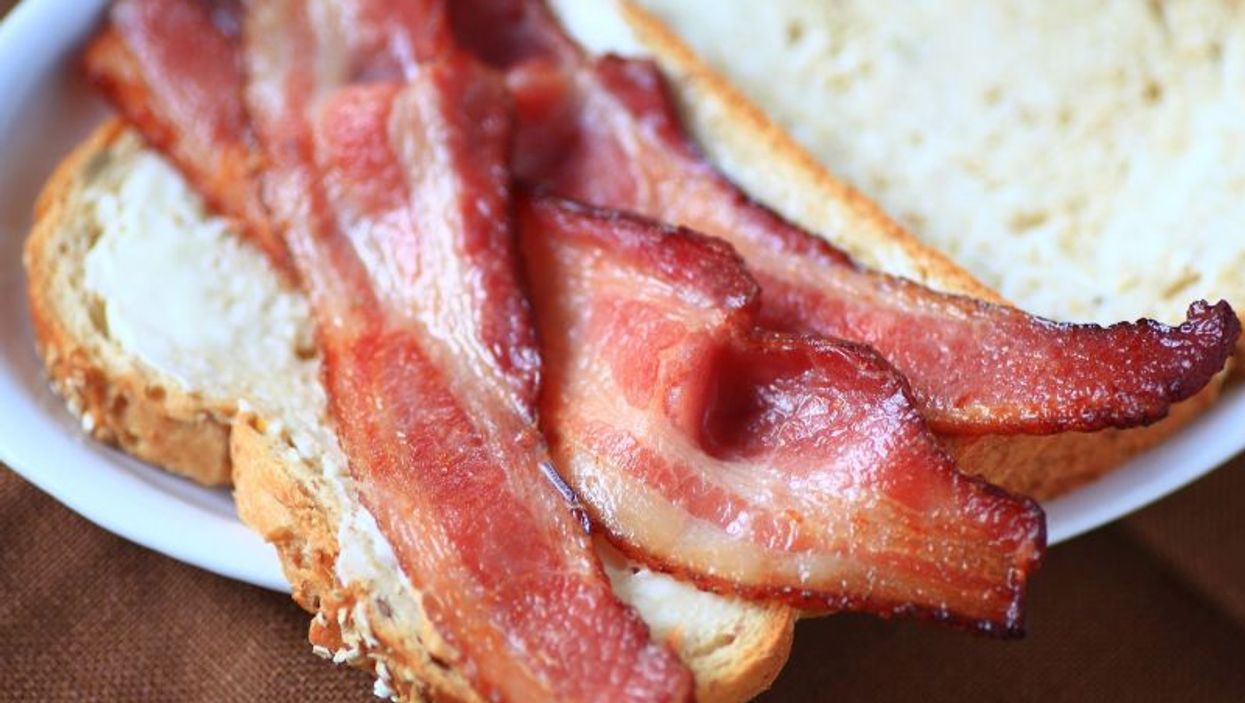 TUESDAY, March 20, 2018 (HealthDay News) -- Bacon lovers, a new study has some bad news for you: Eating a lot of processed and red meats may up your odds for a serious liver condition and insulin resistance, a precursor to type 2 diabetes.

The study found that people who consumed the highest amounts of red and processed meats had nearly a 50 percent increased risk of non-alcoholic fatty liver disease (NAFLD), and more than a 50 percent higher risk of developing insulin resistance.

"Heavy meat eaters of red or processed meat have significantly greater chances to be diagnosed with NAFLD and insulin resistance," said the study's lead author, Shira Zelber-Sagi. She's a clinical dietitian and researcher at Tel Aviv Medical Center in Israel.

The researchers also looked at how meats were cooked. They found that cooking meat at high temperatures for a long time -- such as grilling, broiling or frying -- was associated with about double the risk of insulin resistance.

Non-alcoholic fatty liver disease is a condition that causes fat to deposit in the liver. In some people, this can lead to inflammation and scarring of the liver, according to the U.S. National Institute of Diabetes and Digestive and Kidney Diseases. The disorder is becoming a serious global health burden in both developed and developing countries.

Insulin resistance plays a role in the development of NAFLD, according to the researchers.

Nearly 800 people, aged 40 to 70, participated in the study. On average, they were overweight. About 15 percent had type 2 diabetes.

All of the study volunteers had blood tests and a liver ultrasound. They also answered questions about their health and dietary habits. Red meat made up approximately one-third of their diet, and white meat about two-thirds, the researchers said.

Processed meats included meats like salami and sausage that have been "transformed through salting, smoking, or other processes to enhance flavor or improve preservation," the report stated.

The study didn't prove cause-and-effect, and the researchers said they can't make any definitive recommendations from the findings of just one study. But they pointed out that dietary guidelines generally recommend no more than one to two servings a week of red meat, and no more than one serving of processed meat.

Fish, chicken and turkey are better sources of protein, the study authors suggested.

"In addition, try steaming or boiling food, instead of grilling or frying meat at high temperatures until it is very well done," Zelber-Sagi said.

And what of low-carb diets that purport to have health benefits even though they often involve high amounts of meat?

"Even in a low-carb diet, it would be wise to choose healthy meat and healthy cooking methods in the prevention of insulin resistance and NAFLD," said Ivancovsky-Wajcman, a clinical dietitian and a Ph.D. student at the University of Haifa School of Public Health, in Israel.

Nutritionist Dana Angelo White from Quinnipiac University in Hamden, Conn., said this study shows that eating some foods -- such as grilled hot dogs or sausage -- may be a "double whammy."

White said more research is needed to tease out the exact reasons how red meat and processed foods contribute to NAFLD and insulin resistance, but saturated fats are a likely culprit. She also agreed that the high sodium content and the addition of preservatives, such as nitrites, may play a role, too.

In addition, cooking with high heat creates harmful chemicals called heterocyclic amines (HCAs) that the liver has to process, she explained.

The bottom line? "Lean proteins still seem to be winners, including fish, poultry and even dark meat poultry, which is higher in polyunsaturated fats. You can also reduce the production of HCAs if you marinate meats before cooking," White said.

The study was published online March 20 in the Journal of Hepatology.

The World Health Organization has more on the link between processed meats and cancer.