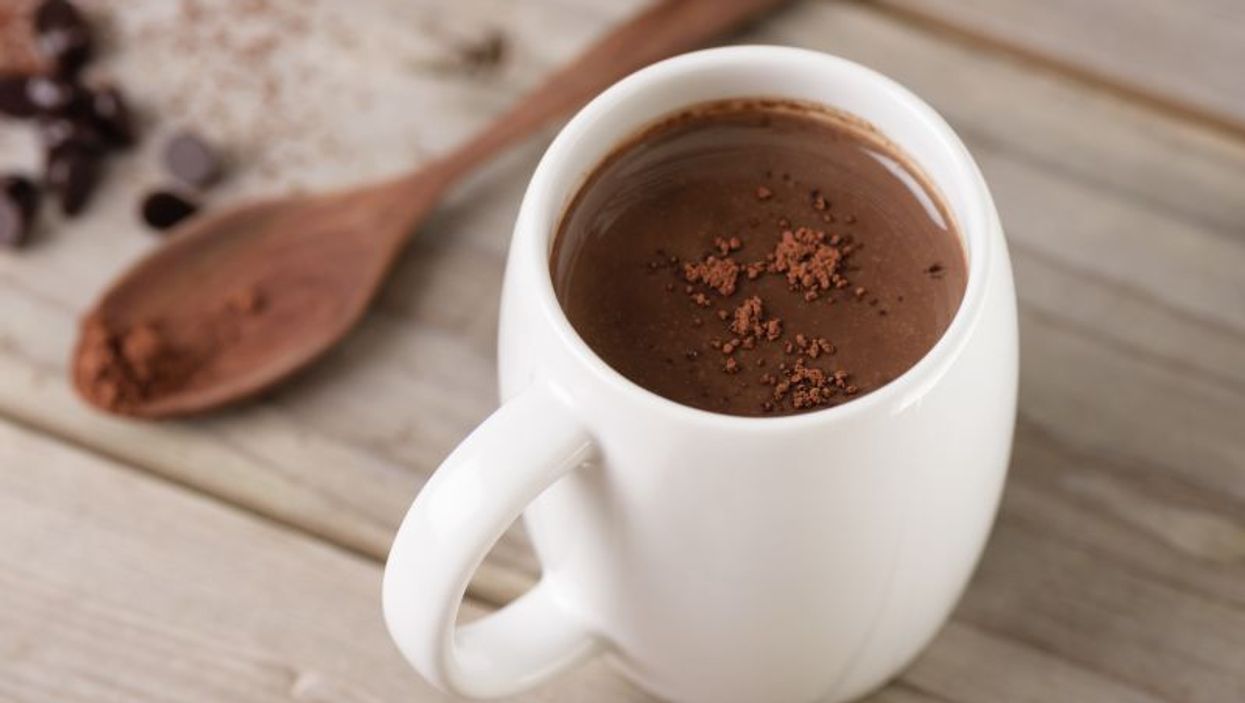 Though you may be picturing a steaming cup of hot milk chocolate with tiny marshmallows bobbing on the top, the concoction the study volunteers drank was made from dark chocolate, and had a less sweet taste.

"A food-derived, nutritional therapy that is accessible, inexpensive and safe may meaningfully improve walking ability in people with peripheral artery disease," said study author Dr. Mary McDermott. She's a professor in the departments of medicine and preventive medicine at Northwestern University Feinberg School of Medicine, in Chicago.

"Peripheral artery disease is common and underdiagnosed," she said, adding that it's a major cause of disability in people over 55. PAD causes narrowing in the blood vessels that supply blood to the legs from the heart. Common symptoms include pain, particularly when walking, cramping and weakness in the leg muscles.

McDermott noted that "these findings are particularly important because currently few therapies have been identified to help patients with PAD."

However, the study was a preliminary effort and only 44 people were enrolled, so further research is needed to confirm these findings, she said.

The study was published Feb. 14 in the journal Circulation Research. Funding for the research was provided by the U.S. National Institute on Aging and the Office of Dietary Supplements at the U.S. National Institutes of Health. The Hershey Company provided the chocolate beverage and the placebo. Mars Inc. measured the amount of cocoa flavanols through blood tests to ensure that the study participants were drinking the prescribed amount of hot chocolate.

Flavanols are a compound found in many plant-based foods. They can help improve blood flow and lower blood pressure, according to information from Harvard Medical School.

McDermott said the researchers were interested in studying cocoa in PAD because cocoa is known to contain flavanols that "have favorable effects on blood flow and on skeletal muscle."

The chocolate used in the study is commonly available natural, unsweetened cocoa powder. This type of cocoa powder is rich in the flavanol epicatechin. This flavanol is found in larger quantities in dark chocolate containing more than 85% cacao. McDermott said that dark chocolate that isn't "alkalized" (a process to improve taste that removes some flavanols) would likely offer similar benefits. Regular chocolate wouldn't be expected to have a similar effect.

Study volunteers drank a warm mixture of milk or water and a powder packet containing cocoa and epicatechin, or a placebo three times a day for six months.

The average age of the study volunteers was 72. All had PAD.

McDermott said those drinking the cocoa powder mixture drank an extra 180 calories a day. She said the researchers warned people about the extra calories. There was no meaningful change in weights during the study.

Hot chocolate drinkers had 20% improved blood flow to their calves and improved muscle health and function, the researchers said.

Cardiologist Dr. Nieca Goldberg, a spokesperson for the American Heart Association, said this study falls under the category of what she calls "pleasurable prevention."

"Flavonoids have been shown to relax blood vessels. And, there are many healthy things that give you flavonoids, like green vegetables, berries, apples and tea," Goldberg said. (Flavanols are a type of flavonoid.)

"Dark chocolate, too, has been shown to help relax blood vessels and helps lower blood pressure. But, like with anything we eat, it has to be eaten in moderation. You need to put any dark chocolate you eat in the context of the rest of your diet," Goldberg explained. She noted that being overweight or having diabetes are common risk factors for PAD, so keeping tabs on calories may be even more important for people with PAD.

While the flavanol epicatechin is available in a pill, according to the researchers, Goldberg said when foods have certain benefits, it's often difficult to replicate in a pill. She said it seems that there's often something more beneficial when you eat a whole food.

But McDermott noted that since hot chocolate is safe and doesn't have side effects (except for extra calories), it could be used in addition to other treatments.

Read more about chocolate and your health from the American Heart Association.