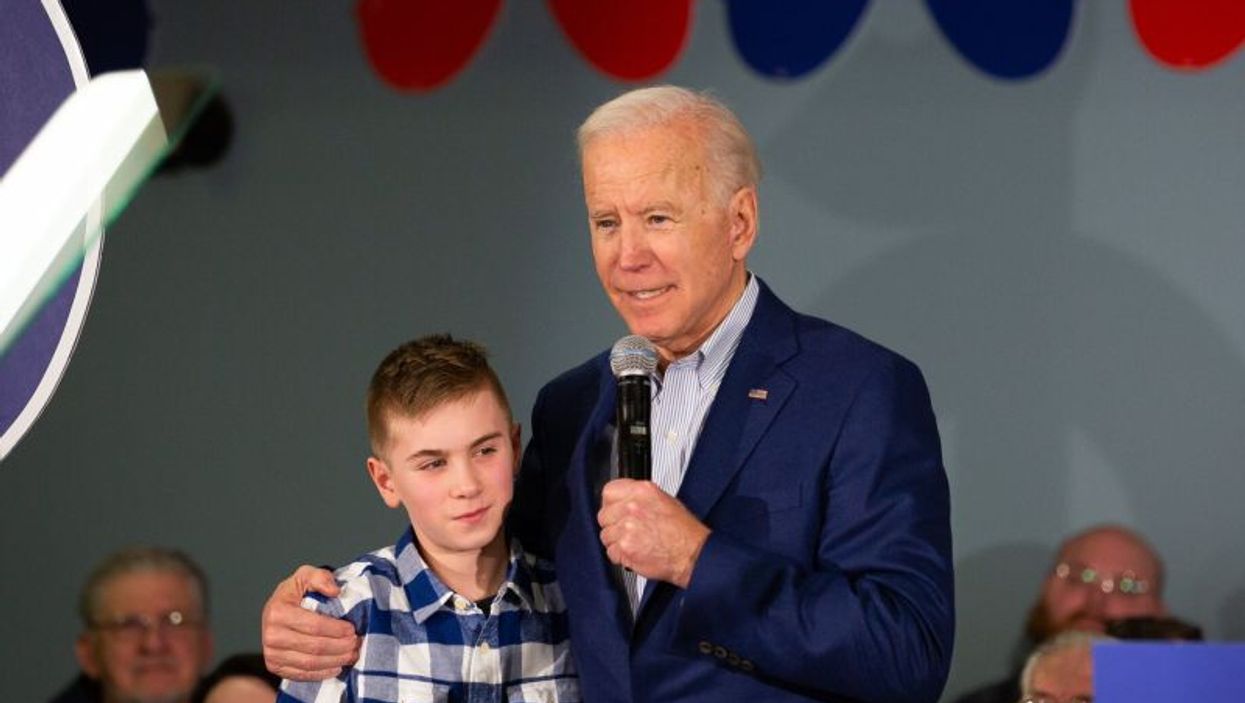 FRIDAY, Aug. 28, 2020 (HealthDay News) -- On the final night of the 2020 Democratic National Convention, the world heard from an improbable source -- a 13-year-old named Brayden Harrington.

Brayden was invited to speak because he has a frustrating and misunderstood condition that millions of Americans share, including Democratic presidential hopeful Joe Biden.

"We stutter," he explained in a video recorded for the virtual convention.

Biden has been open about his struggle with stuttering, calling it "the single most defining thing in [his] life," according to the Los Angeles Times.

In February, Brayden met the former vice president at a New Hampshire campaign event where they bonded over their shared condition.

"He told me about a book of poems by [William] Yeats he would read out loud to practice," Brayden recalled. "He showed me how he marks his addresses to make them easier to say out loud. So I did the same thing today," he added, turning his marked-up script to the camera to show the audience.

Brayden's speech was intended to show a vulnerable and compassionate side of the Democrats' nominee. But it also shed light on a speech disorder that has, at times, been described as a "medical mystery," according to Soo-Eun Chang, a professor of child and adolescent psychiatry at the University of Michigan in Ann Arbor.

"In the past, people thought that stuttering was due to that person having some anxiety issues, lack of IQ, bad parenting and things like that," she said. "Now, scientists know that genes play some role in stuttering, but there are still so many misconceptions."

An estimated 3 million Americans stutter. The speech disorder emerges between 2 and 4 years of age when children are learning to speak. Between 5% and 10% of all kids stutter at some point, but almost 80% grow out of it.

Stuttering has no single cause, but genes play a role. Roughly 60% of those who stutter have a family member who does, too, according to the Stuttering Foundation.

Research is ongoing, but stutterers may also have subtle differences in how their brain functions while they speak. Still, people who stutter have no apparent brain deficit, experts emphasized.

Jane Fraser, president of the Stuttering Foundation, knows the genetic role of stuttering personally. Her father, uncle and cousin all stuttered, prompting her father to start the foundation more than 70 years ago.

Speaking is a complicated process that requires the brain to communicate with multiple muscles, so it is not surprising that some people struggle to get their words out, she said.

"It's a huge task," Fraser said. "So you're not only thinking of the word, but you're processing it and using all the muscles that are involved."

Misconceptions that stuttering is caused by emotional issues, low intelligence or lousy parenting only make dealing with the condition more difficult, she added.

And while anxiety and stress do not cause someone to develop a stutter, they can make an existing stutter worse. "We do know it's a real physical problem," she said. "But just like everything else under the sun, it can be aggravated by stress."

Stress and anxiety may stem from the social stigma around stuttering, so some experts are pushing for people to be more open and accepting of their stutter, to help shift the narrative.

"This is why everybody applauded [Brayden] for speaking openly about his stuttering, because what it showed was he wasn't embarrassed," Fraser said.

Since there is no one treatment for stuttering, and many kids grow out of it, instilling confidence and acceptance in stutterers is becoming an increasingly dominant part of therapy.

Chang said, "There's less of an emphasis on trying to be necessarily fluent, but becoming better communicators. So, rather than being fluid speakers, it's OK to stutter, but be confident and focus on the message and the communication aspect."

Parents, siblings, teachers and classmates all play an essential role in bolstering a stutterer's confidence.

Fraser urged parents to talk with kids about their stutter, rather than pretend it doesn't exist. Stuttering is frustrating, and when a parent doesn't acknowledge the struggle, kids may feel even more confused and alone.

Listening patiently and maintaining eye contact with someone who stutters is crucial.

"When someone starts stuttering, a lot of people are embarrassed," Fraser said. "They don't know how to react, so they look down. And, of course, that then puts the person who stutters ill-at-ease, and they begin to tense up a little bit."

Most speech therapy for stuttering focuses on guiding people to slow their pace when talking, which can help.

The famed British prime minister, Winston Churchill, who also had a stutter, used this technique to bolster his speeches, according to Fraser. "When he wanted to make a point, he would go very slow," she said. "Until the audience all looked at him like, 'What's he going to say next?' That gives you some power."

Many of these strategies could help anyone looking to be a better listener and communicator, Chang said. "I think people should be better listeners and be understanding of people who speak differently," she added.

Learn more about stuttering at The Stuttering Foundation.