See What HealthDay Can Do For You
Contact Us
February 5, 2018

New Treatment Could Be 'Breakthrough' for Vitiligo Skin Condition 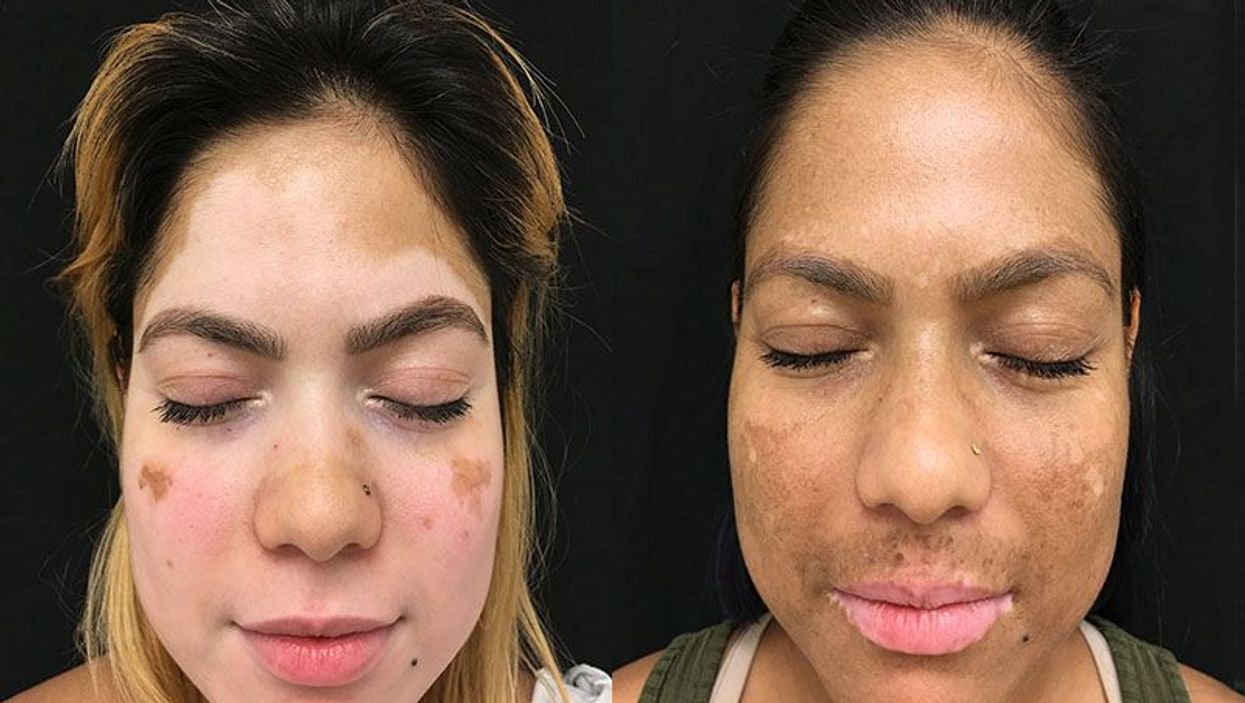 MONDAY, Feb. 5, 2018 (HealthDay News) -- Doctors have discovered a combination of treatments that can return color to skin that has been lightened by vitiligo -- the skin disease that turned Michael Jackson's skin white.

The new therapy includes the oral medication Xeljanz (tofacitinib) -- a drug already approved for use in rheumatoid arthritis patients that dampens the body's immune response -- and ultraviolet-B light therapy.

The combination has only been used on two vitiligo patients, but according to a study author, the results have been dramatic.

Experts add, however, that the findings need to be duplicated in studies with larger groups of people.

The treatment produces "results that are impossible to achieve with common therapies," said Dr. Brett King, an associate professor of dermatology at Yale University School of Medicine.

"I think this is a breakthrough in vitiligo treatment," he added.

"My skin is so much better. I can use make-up and it blends nicely. I am so excited," she said.

Akter, 34, first noticed a white patch of skin above her eyebrow on her normally brown skin while she was pregnant in her 20s. That patch grew bigger and bigger, and then white patches showed up on her hands and neck.

Vitiligo is a skin condition that causes white patches of skin to appear on various parts of the face and body, according to the Vitiligo Research Foundation (VRF). The disorder can also cause hair to lose its pigment and turn white. The condition can affect people of any race, but is more noticeable in people with darker skin and hair.

General vitiligo is believed to be an autoimmune condition, which means the immune system mistakenly attacks pigment-producing cells (melanocytes).

The condition affects up to 2 percent of the world's population, according to the VRF.

Vitiligo is not contagious. But King said people are often concerned when they see people with vitiligo on their hands. He said patients have told him that cashiers sometimes ask them to put money or credit cards down on the counter so they don't have to touch their hands.

"Vitiligo affects the way the world interacts with you. It can be frustrating and embarrassing, and for some, it leads to clinical depression and anxiety," King said.

Akter was living in her native country of Bangladesh when her condition first began, and vitiligo carries even more of a stigma there. Some people said unkind things to her.

"I cried a lot. I wanted to be my color again," she said.

To that end, Akter tried treatment after treatment in Bangladesh and then in the United States. Some therapies caused intolerable side effects, and none brought the results she was hoping for.

"It was terrible. I tried so many things," she said.

That's when King suggested she try the new combination therapy.

At the time of treatment, Akter had white patches on about three-quarters of her face. She also had patches on her neck, chest, forearms, hands and shins. She was given 5 milligrams of tofacitinib twice daily, and full body UV-B light therapy twice weekly.

After three months, Akter's face was almost completely free of white patches. About 75 percent of her neck, chest, forearms and shins were re-pigmented with color. Her hands had only minimal freckling.

How does this treatment work?

Dr. Seemal Desai, a clinical assistant professor of dermatology at the University of Texas Southwestern Medical Center in Dallas, explained it this way: "The immune system is attacking the melanocytes, so they go into hiding. Tofacitinib tells them it's OK to come out of hiding, and the UV light brings them out of hibernation."

King and his colleagues also reported on a white man in his 50s who had long-standing vitiligo. He had previously received treatment to remove all pigment so he would be uniformly white. But he still had patches of whiter skin on 90 percent of his face. He also had patches on his torso and arms.

Desai said the findings "look promising, and that new treatment options are great."

But, he added, this study needs to be replicated in a larger group of people.

And he noted that right now, people will likely have a hard time getting reimbursed for tofacitinib because it's not approved for treating vitiligo. He didn't know exact costs but said the drug is quite expensive. Estimates put the drug's price tag at roughly $2,000 a month.

Both King and Desai said the drug seems to be well tolerated. King said he doesn't know how long people would need to take the drug, but suspects some would be on it long-term, possibly for life.

Details of the cases were published online Jan. 31 in a research letter in the journal JAMA Dermatology.

Learn more about vitiligo from the American Academy of Dermatology.