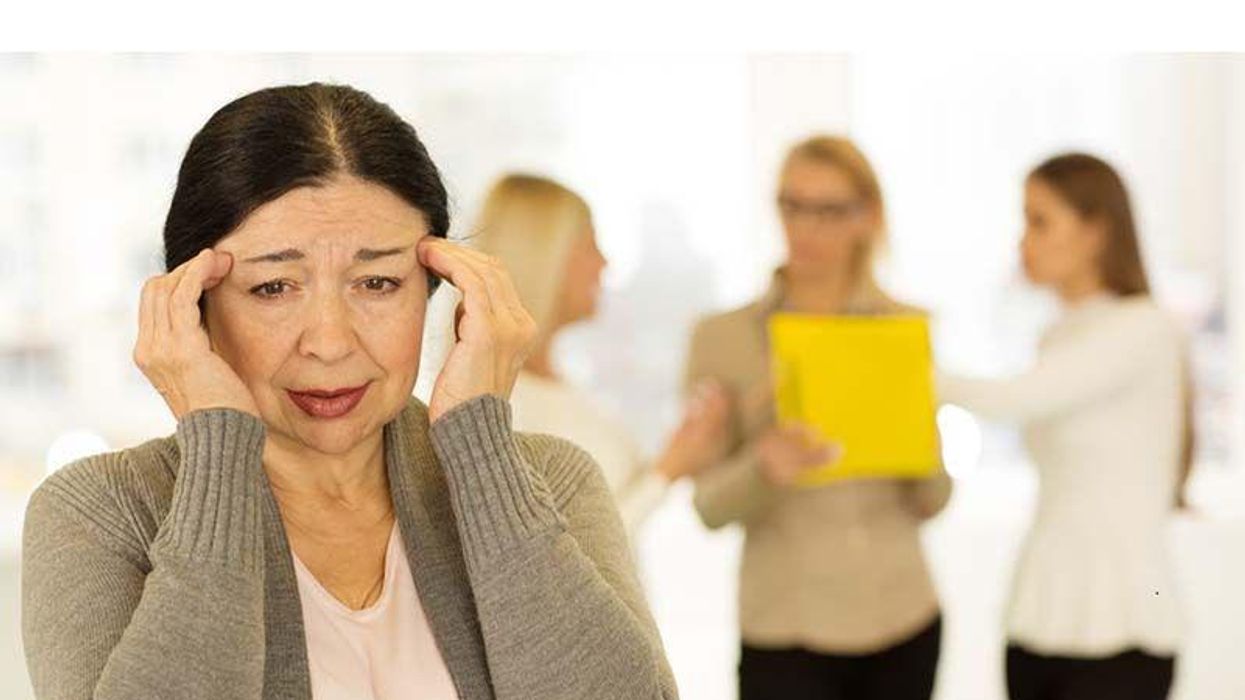 At any age, stress is a part of life. Young and old alike have to face difficult situations and overcome obstacles. While young adults struggle to establish a career, achieve financial security, or juggle work and family demands, older people may face failing health or dwindling finances -- or simply the challenges of retaining their independence. Unfortunately, the body's natural defenses against stress gradually break down with age. But you don't have to give in to stress just because you're no longer young.

Many seniors still manage to sail through their later years. "Successful agers" tend have a few things in common: They stay connected to friends and family, they exercise and keep active, and, above all, they find ways to both reduce and manage the stress in their lives.

Stress comes in two basic flavors, physical and emotional -- and both can be especially taxing for older people. The impacts of physical stress are clear. As people reach old age, wounds heal more slowly and colds become harder to shake. A 75-year-old heart can be slow to respond to the demands of exercise. And when an 80-year-old walks into a chilly room, it will take an extra-long time for her body temperature to adjust.

Emotional stress is more subtle, but if it's chronic, the eventual consequences can be as harmful. At any age, stressed-out brains sound an alarm that releases potentially harmful hormones such as cortisol and adrenaline. Ideally, the brain turns down the alarm when stress hormones get too high.

Stress hormones provide energy and focus in the short term, but too much stress over too many years can throw a person's system off-balance. Overloads of stress hormones have been linked to many health problems, including heart disease, high blood pressure, and weakened immune function. For older people already at heightened risk for these illnesses, managing stress is particularly important.

Over time, the brain can slowly lose its skills at regulating hormone levels. As a result, older people who feel worried or anxious tend to produce larger amounts of stress hormones, and the alarm doesn't shut down as quickly. According to a study published in the journal Psychoneuroendocrinology, women are especially susceptible to an overload of stress hormones as they age. The study found that the impact of age on cortisol levels is nearly three times stronger for women than for men.

The flow of stress hormones can be especially hard on older brains in general. According to a report from the University of California at San Francisco, extra cortisol over the years can damage the hippocampus, a part of the brain that's crucial for storing and retrieving memories. Several studies have found that high cortisol goes hand in hand with poor memory, so we might be able to chalk up certain "senior moments" to stress.

Years of emotional distress may even increase the risk of Alzheimer's disease. A five-year study of nearly 800 priests and nuns published in the journal Neurology highlighted this potential hazard. The subjects who reported the most stress were twice as likely as the least-stressed subjects to develop the disease.

Speeding up the clock

Stress doesn't just make a person feel older. In a very real sense, it can speed up aging. A study published in the Proceedings of the National Academy of Sciences found that stress can add years to the age of individual immune system cells. The study focused on telomeres, caps on the end of chromosomes. Whenever a cell divides, the telomeres in that cell get a little shorter and a little more time runs off the clock. When the telomere becomes too short, time runs out: The cell can no longer divide or replenish itself. This is a key process of aging, and it's one of the reasons humans can't live forever.

Researchers checked both the telomeres and the stress levels of 58 healthy premenopausal women. The stunning result: On average, the immune system cells of highly stressed women had aged by an extra 10 years. The study didn't explain how stress adds years to cells making up the immune system. As the study authors write, "the exact mechanisms that connect the mind to the cell are unknown." Researchers do have a not-very-surprising theory, though: Stress hormones could be somehow shortening telomeres and cutting the life span of cells.

The good news is that we can put what we know about stress and aging to work for us. Learn to manage and reduce your stress load and you have a better chance to live a long, healthy life.

Maintaining a positive outlook is one key -- a study by Yale University found that people who feel good about themselves as they get older live about seven and a half years longer than "glass half empty" types. Researchers say the people with more positive attitudes may also deal with stress better and have a stronger will to live.

Staying close to friends and family is an excellent way to cut down on stress. As reported by the American Psychological Association, social support can help prevent stress and stress-related diseases. The benefits of friends and family can be especially striking for seniors. An article published in the American Journal of Health Promotion notes that social support can slow down the flow of stress hormones in seniors and, not coincidentally, increase longevity. Other studies have found that social interactions can help older people stay mentally sharp and may reduce the risk of Alzheimer's.

Exercise, a proven stress-buster for people of all ages, may be especially valuable in later years. Regular walks, bike rides, or water aerobics can do more than keep a person strong and independent; exercise can actually help block the effects of aging on cortisol levels. A recent study published in Psychoneuroendocrinology found that physically fit women in their mid-60s had essentially the same response to stress as a group of unfit women in their late 20s. In contrast, women in their mid-60s who weren't physically fit released much larger amounts of cortisol in response to stress.

In the end, anything that reduces unnecessary stress will make the later years more enjoyable. Some people simply need to stop trying to do too many things at once. Others may want to try breathing exercises or other relaxation techniques. Still others may need to talk to a psychologist to find a new perspective on their lives.

Whatever the approach, fighting stress overload is worth the effort. The American Psychological Association reports that reducing stress in later years can help prevent disabilities and trips to the hospital. And if people end up feeling younger, healthier, and happier, that's OK, too.