My Alzheimer's patient wasn't eating. Why wouldn't her daughter allow a feeding tube? 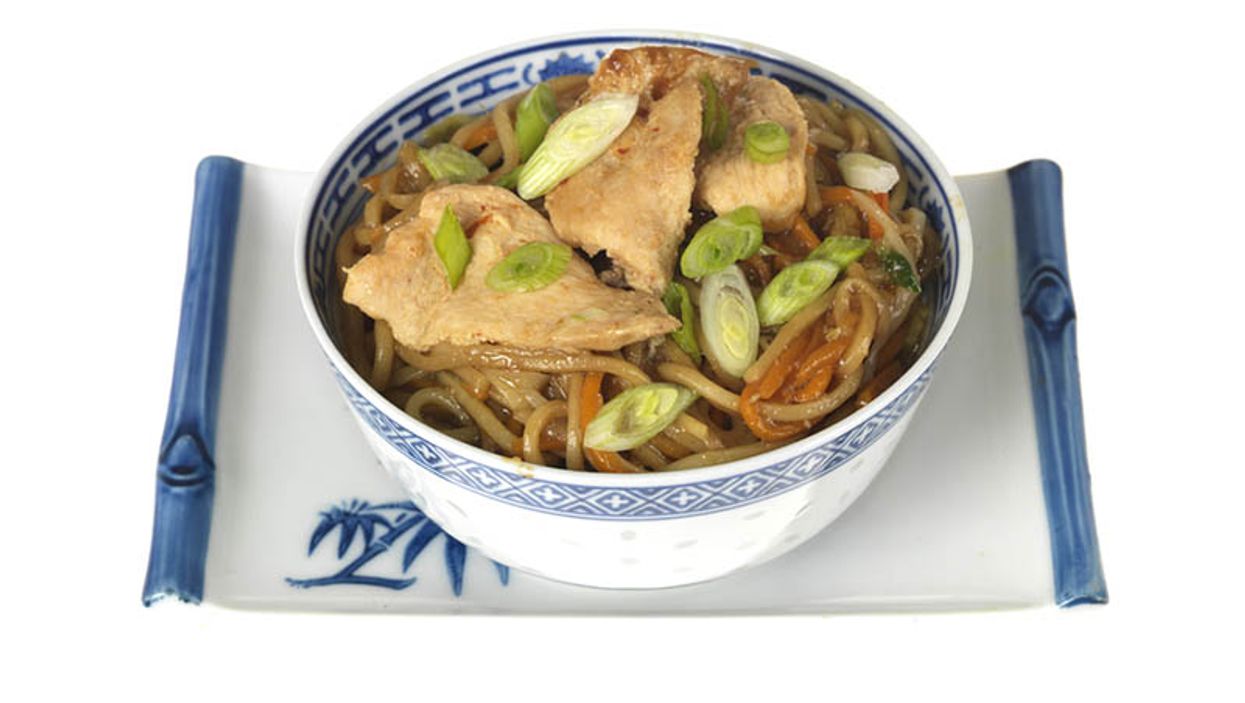 The deep fragrance of soy and garlic wafted out to the nurses' station from Mrs. Lee's room, signaling that her daughter, Mrs. Wong, had arrived with lunch. Time for me to make rounds. Mrs. Wong was her mother's interpreter and advocate, as well as her cook. When I walked in, Mrs. Wong was untying the handles of white plastic bags bearing red Chinese lettering. Inside were rectangular plastic containers of food: a large portion of congee, the thick rice soup that was the staple of Mrs. Lee's diet. Smaller dishes of sesame-scented bean sprouts and cabbage. Buttery soft pork and noodles. I watched as Mrs. Wong broke off tiny morsels of soft, white steamed buns and poked them tenderly into her mother's mouth.

Mrs. Lee was a regular on the medical ward, usually admitted with pneumonia and dehydration. Her Alzheimer's disease was far advanced, and she often forgot to put the food in her mouth; if she remembered, she forgot to chew. Like many elderly patients who stop eating, she was almost unresponsive when we first saw her. After a few liters of intravenous fluid and antibiotics, she perked up. She reminded me of a tiny bird -- mostly bones, with shiny dark eyes. Even when she was feeling her best, she could not talk, but her eyes diligently tracked her daughter as she moved around the room.

We suspected aspiration as the cause of her recurrent pneumonia, although she swallowed well enough when Mrs. Wong prompted her. Between admissions she returned to a skilled nursing facility but never seemed to regain her strength. I assumed they did not take the time to feed her, but when I called to ask how she had been getting along, the nursing supervisor told me that Mrs. Wong fed her at least one meal there every day.

The sad fact was that despite her daughter's best efforts, Mrs. Lee did not eat enough calories to sustain herself. Other doctors before me had suggested placing a feeding tube in her stomach, a procedure known as percutaneous endoscopic gastrostomy (PEG). Then we could supplement her oral intake with a high-calorie liquid formula and possibly decrease the risk of aspiration. If she were not so malnourished, she might be able to fight the infections better. But Mrs. Wong had always refused.

When I broached the subject again, Mrs. Wong demonstrated that her mother could take a few bites of cabbage. She fed her two spoonfuls of congee. Then she called in her husband, who usually sat quietly in front of the elevator with more shopping bags. He spoke no better English than his wife, but I understood that his presence added authority to our conversation.

The next day on rounds, I called for a hospital interpreter. I wasn't sure I was communicating the concepts of quantity and calories. The Wongs had told me that they did not want Mrs. Lee resuscitated, but did they understand that antibiotics and fluids could not cure malnutrition?

After an animated exchange with the interpreter, Mrs. Wong opened another container, garlicky broccoli softened almost to a puree. Again she coaxed her mother into swallowing a spoonful, and the family beamed. The interpreter shrugged his shoulders.

"She understands," he assured me. "She wants to feed her mother. No tube." We all bowed slightly, and I left to write my note.

There are vast numbers of people with Alzheimer's disease: approximately 4.5 million Americans, including more than 40 percent of those over 85. Mrs. Lee was one of the lucky ones, because she had a caring daughter. Often I find myself negotiating treatment decisions with a county-appointed conservator because the patient has no relatives. In my California county, conservators will not authorize do-not-resuscitate status for permanently unresponsive nonverbal patients. If Mrs. Lee had a conservator, she would have had a feeding tube, even if she was so confused that her hands had to be tied down to keep her from pulling it out. Of course, the conservators don't have to visit the patients.

Had Mrs. Lee lived a few decades earlier, there would have been no PEG. When placing a permanent feeding tube meant opening the patient's abdomen, it was rarely done. Today an endoscopist passes a tube into the stomach and shines a fiber-optic light from the inside to mark a spot, and a surgeon cuts just enough to insert a feeding tube through the skin into the stomach. So easy. Easier than coaxing patients to eat or allowing them to die naturally. Very few people, even if they have told their families they do not want "heroic measures" at the end of life, have left instructions about tube feeding. This leaves physicians in the sort of moral quandary we found ourselves in with Mrs. Wong.

Meanwhile, at the hospital, another week passed. The utilization reviewer asked when Mrs. Lee would be leaving. Each time she was close to discharge, her temperature rose again or her oxygen needs increased. I cultured and X-rayed her again. I added antibiotics and arranged an infectious disease consultation, but it was clear she was failing.

I told Mrs. Wong that I didn't think her mother was going to make it this time. She said nothing. Mrs. Lee was less responsive now, but when Mrs. Wong lifted the oxygen mask to slip in a spoonful of congee, she swallowed. I nodded to Mr. Wong in front of the elevator. He reminded me of pictures I had seen of seated statues found in royal tombs in China. He sat in service to his dying mother-in-law the way they sat in eternal service to the dead.

When the elevator doors opened the next morning, he was not there. Mrs. Lee had died during the night. I never saw the Wongs again.

Mrs. Lee's last year frustrated her doctors. Despite our antibiotics, we knew she would not survive. It did not make sense to keep treating pneumonia without giving her more nutritional support. We wanted Mrs. Wong to allow us to treat all the way or to give up entirely.

Instead, she forced us to find another way. She understood that her mother was dying, that eating is the last activity of daily living that we lose. Perhaps she also knew that people still aspirate, even their saliva, when they have stomach tubes in place. Had she read that there is a mortality rate of 40 to 50 percent at six months in patients with gastronomy tubes? Probably not. We told her that it was easy to place a PEG. She taught us, again, that tough ethical decisions lurk behind easy procedures.

Mrs. Wong prevailed. Her mother's last nourishment was a rich taste of home from her daughter's hand.