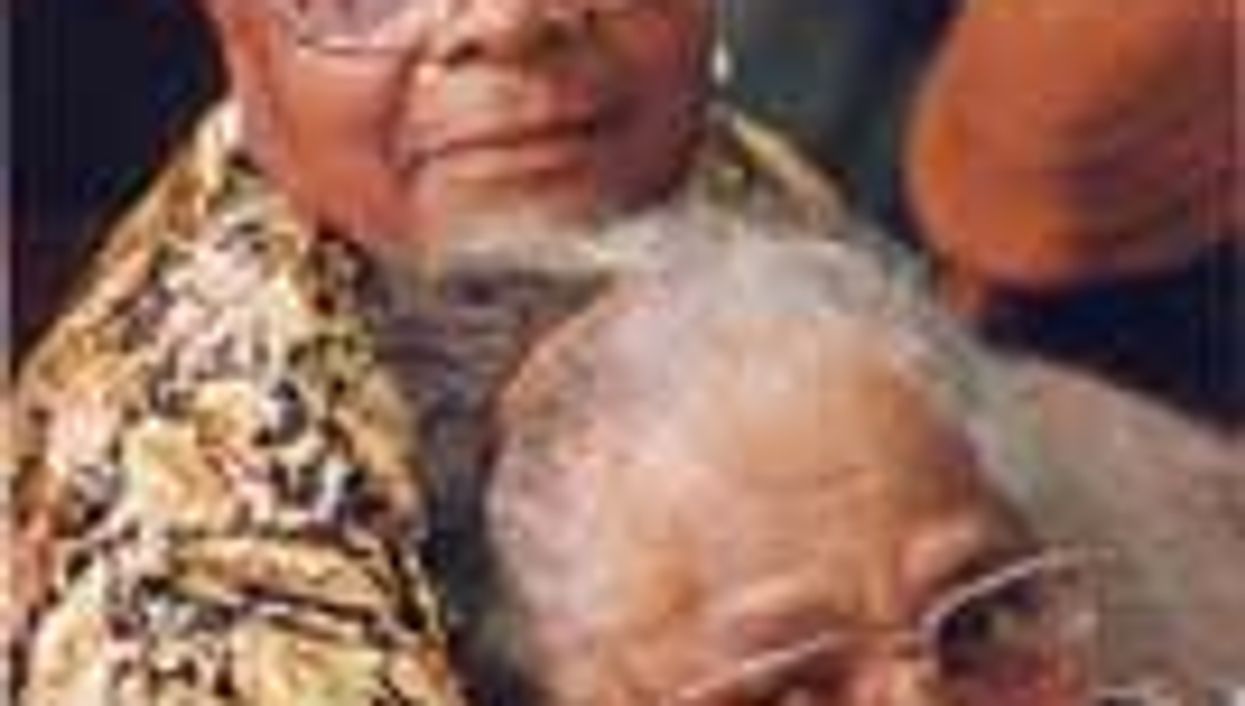 Alzheimer's disease is like a cat burglar. It slips into a person's life without making a sound, and soon treasured possessions start disappearing: memory, personality, independence.

For many years, even the top medical detectives in the country were baffled by such robbery. Doctors knew that the brains of people with Alzheimer's were filled with tangled strings of protein and sticky clumps of plaque, but nobody had a clue where this clutter came from. Worse, nobody knew how to help the victims. In the bad old days -- which weren't that long ago -- people with Alzheimer's were often locked away in asylums and controlled with heavy sedatives.

Alzheimer's is still a dreadful, devastating condition, but the outlook for patients and their families is a little brighter than before. Thanks to a new understanding of the emotions and needs of Alzheimer's patients, families can call on many time-tested techniques for keeping loved ones comfortable. With support, most patients can face the disease for many years before having to move to a nursing home; some are able to remain with their families to the end.

Recent medical breakthroughs offer even more cause for hope. Researchers have a better understanding of how Alzheimer's kills brain cells, and every new insight brings them closer to finding a cure for the terrifying affliction. Their work has already brought a payoff: Doctors can now prescribe drugs to slow down the disease, and large-scale studies are putting promising new treatments to the test. Scientists are looking at everything from turmeric, exercise, nerve-growth factors, and antioxidant vitamins as possible elements in protecting against or slowing the progression of the disease.

Indeed, the need for a cure has never been greater. Alzheimer's is the sixth leading cause of death in the United States: More than 5 million Americans suffer from Alzheimer's, and that toll could grow dramatically as the nation ages. In the United States, the disease also involves 15 million unpaid caregivers who put in more than 18.2 billion hours of unpaid care worth $230 billion in annual costs. If it can't be stopped, between 11 and 16 million people over age 65 are expected to be living with the disease in 2050. Bill Thies, the Alzheimer's Association's vice president of medical and scientific affairs, puts it this way: "What we are facing is an epidemic of major proportions."

Currently, it's impossible to say who will develop Alzheimer's and who will be spared. Advancing age is one of the most significant factors. According to the Alzheimer's Association, the odds of developing Alzheimer's double about every five years after age 65. After age 85, the risk reaches nearly 50 percent.

In addition, some people inherit genes that make them vulnerable to the disease. People who have a parent, brother or sister with the disease are more likely to develop Alzheimer's. Other possible risk factors include serious head injury, being overweight (especially around the mid-section) and storing a lot of abdominal fat, and conditions that damage the heart or blood vessels (like heart disease, stroke, diabetes, high blood pressure and high cholesterol).

The first step to coping with Alzheimer's disease is knowing what to expect. Every case is different, but the disease tends to follow a predictable downward spiral.

In the first stage, which may last two to four years, Alzheimer's is subtle and easily overlooked. In the beginning, people may have trouble coming up with the names of acquaintances or of common objects such as bread or sugar. They may put keys or an iron in odd places, like the refrigerator, and be unable to remember how they got there. Friends and relatives may notice small changes in mood, perhaps a loss of interest in favorite activities or unusually high levels of anxiety.

Later, the disease will start interfering further with everyday life. People may start losing things regularly and making unusual mistakes at home or on the job. Pretty soon, undone chores, unpaid bills, and missed appointments start to pile up. The patient may notice a problem, but he or she may deny anything is wrong. However, with family and medical support, the early stage of Alzheimer's can be a richer time than many people know.

In the middle stage of the disease -- which may go on seven or more years -- memory loss and confusion begin to take over. Patients may begin to have trouble remembering events of the day before. They may ask the same question over and over again, never quite registering the answer. They may wander the house in the middle of the night or ask for a parent who died decades ago. Simple chores like cooking, washing clothes, bathing and even eating without help become impossible. Many patients lose some control over bladder during this stage.

In the last stage of Alzheimer's, the losses are greatest. Someone with Alzheimer's may not recognize anybody at all, or even their own face in the mirror. They will need help for even the simplest tasks, such as combing their hair. Eventually, they will be unable to walk or talk. The average lifespan for someone with Alzheimer's is 8 years from the time symptoms first appear, though some people may live up to 20 years with the disease. Even in this stage, however, Alzheimer's patients still respond to kindness and love.

As Alzheimer's progresses, a caring family physician will be an invaluable ally. First, he or she can determine if the diagnosis is more likely to be Alzheimer's rather than some of the other conditions that cause dementia or dementia-like symptoms. In addition to providing advice and guidance, he or she can prescribe medications to slow down a patient's decline or, if needed, to ease his depression or anxiety.

For instance, cholinesterase inhibitors prevent the breakdown of a chemical messenger important to learning and memory. On average, about half the patients who take these medications are able to delay the worsening of symptoms for 6 to 12 months.

The most commonly prescribed cholinesterase inhibitors are galantamine (Razadyne), donepezil (Aricept), and rivastigmine (Exelon). For patients with moderate to severe Alzheimer's, the drug memantine (Namenda) is approved by the FDA to slow progression of the disease in advanced-stage patients. Doctors also prescribe Aricept for the treatment of moderate to severe Alzheimer's.

These drugs don't work for all people, however, and they can cause significant side effects. They require monitoring by a physician. Unfortunately, even the modest improvements brought on by drugs don't last, and in most cases Alzheimer's eventually continues its relentless march.

In the future, patients and their families may be able to buy precious time with products already in their medicine cabinet. Recent studies have found that folic acid intake from supplements and diet may help stave off Alzheimer's, and at least one study suggests that in mouse brains, turmeric can slow the accumulation of protein fragments known as beta amyloids, thought to be central to the development of Alzheimer's. In fact, researchers at the Institute of Neuroscience and Medicine in Jülich, Germany, found that a turmeric compound promotes stem cell proliferation and differentiation in the brain, which may aid patients who suffer from either stroke and Alzheimer's disease.

But some supplements touted as beneficial for slowing the progression of dementia may interact with other medications or treatments, so don't try any therapy without your doctor's supervision.

Even taking your loved one for a daily walk may help block the disease. Scientists from the University of Pittsburgh did a study that suggested walking about five miles a week may help slow the progression of Alzheimer's disease and a condition called Mild Cognitive Impairment, which often precedes AD.

All of these therapies and discoveries are important advances, but some may one day seem as crude as the overuse of medicinal leeches. New discoveries are constantly fueling the hope that Alzheimer's will one day become as treatable as hypertension or diabetes.

Researchers are learning more about the changes that occur in the brain of an Alzheimer's patient using brain imaging technology like magnetic resonance imaging (MRI) and positron emission tomography (PET). These techniques, along with certain biological markers and the refinement of tests of memory and language skills, may help investigators better identify people at risk for Alzheimer's. They may also make it easier for doctors to identify how well different treatments are working.

As researchers continue to unravel the different genes, proteins, and enzymes that drive Alzheimer's, talk of a cure no longer seems too far-fetched. For now, nobody knows how or when Alzheimer's will finally be defeated. But one thing is certain: Such a victory can never come too soon.

This organization has resources for people living with Alzheimer's, their caregivers, and professionals who want to keep up with the latest medical advances. www.alz.org

This site has information on services, research, and education for those caring for loved ones with chronic health conditions. www.caregiver.org

Carol Simpson. At the Heart of Alzheimer's. Manor HealthCare Corporation.