Caring for a Relative With Cancer 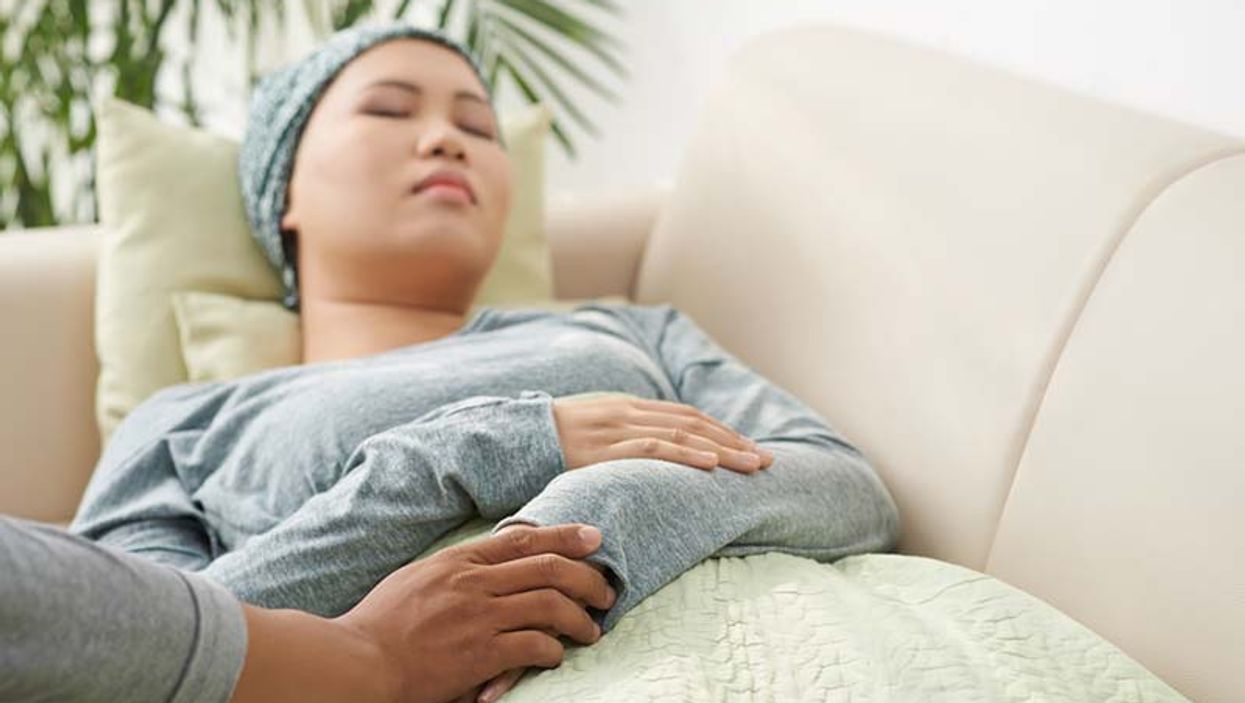 Louis Benton, Jr. has nine brothers and sisters. But when his mother had a breast cancer recurrence and his father was diagnosed with bone cancer a few months later, Benton was the one who came to his parents' aid.

"I had retired three years ago, so it fell into my hands," says Benton. "I can't describe what it's like to have both parents sick at the same time."

Cancer is in large part a disease of older people -- 77 percent of the nearly one and a half million people in the United States diagnosed with cancer each year are over age 55. So it's not unusual for partners, brothers, sisters and children to find themselves in a caregiving role. But it is rare, and nearly unimaginable to most people, to tend to two parents with cancer at once.

Divorced for 25 years, Benton's parents lived in separate homes -- although just a few blocks apart -- in the San Francisco Bay Area. Like many elderly people, his mother and his father, had both physical and mental health problems, including dementia, which predated their cancer diagnoses. His parents' two separate households and their existing medical problems posed additional but not uncommon challenges to Benton's caregiving role.

"I learned a lot about cancer when my mother got sick the first time," Benton says. "It took them a long time to figure out that my dad had bone cancer. They did test after test, and I was really on the doctors to figure out why he was in so much pain. When the news came back that it was cancer, it was hard to believe, because he was in pretty good shape until then."

Benton's mother, Clotean Benton, was diagnosed with a recurrence of breast cancer that, fortunately, was caught early and treated successfully with surgery and radiation. But the cancer in Louis Benton Sr. had advanced so far there was little doctors could do but try to reduce his pain.

As his parents' primary caregiver, Benton took the bus from his house, 14 miles away, to his parents' homes nearly every day. There were times when Benton would be at his father's house -- preparing a meal or helping him bathe or use the toilet -- when he'd have to rush out to shuttle his mother to the hospital for radiation therapy.

The weekends were his reprieve. "I'd have one of my brothers or sisters or another relative come help out on the weekend," says Benton. "I always tried to keep Sunday and every other Saturday to myself."

Aside from providing general day-to-day care, Benton had to deal with his father's pain and appetite loss, both common cancer symptoms. During chemotherapy and other cancer treatments, a person is likely to experience nausea, difficulty swallowing and inflammation of the mucous membranes in the mouth, making eating an ordeal. Thick beverages or pureed foods may be the only options. People with cancer are prone to a medical condition called cachexia, which alters a person's normal metabolism and causes loss of appetite, weakness, muscle atrophy, and can lead to malnutrition. Although not receiving chemotherapy, Louis Sr. was losing weight because of the progression of the cancer.

Benton and his relatives would sometimes kid one another about who could get their dad to eat more. "It got to where all he'd want to eat was rice and gravy or potatoes and gravy, so that's what we'd make," says Benton. "And then it would take him so long to eat it. You never saw anyone take so long to eat a meal."

Benton received assistance from a home-health aide, who helped in the last few weeks his dad was at home. His father and mother both had health coverage, but the trail of paperwork he inherited seems never-ending. "Right now my kitchen table is covered with paperwork-forms, personal business, everything," says Benton. "And that's just for my mom. My sister is the one who's taking care of all my dad's things."

Although Benton took on most of the care for both parents, he delegated some tasks, like the paperwork and some weekend duties, to others. Here are some additional tips experts recommend for caregivers:

In Benton's case, as hard as he was working, it eventually became clear his dad needed more than he could provide. As Louis Benton Sr. lost weight, his pain increased, and he became more severely ill. His doctors suggested that he be placed in a nursing home, where he could receive 24-hour care. Benton agreed, saying he knows he did the right thing. But it wasn't easy. "It was clear that my Dad desperately wanted to be allowed to leave the facility," Benton says. "He'd get mad at the nurses, and it sometimes made us think he'd be better at home. But he was too frail. And we couldn't do what he needed."

Hospital social workers and caregiving organizations repeatedly emphasize the importance of caregivers taking care of themselves. Often this is easier said than done, because caregivers tend to feel guilty for putting their own needs first or for not spending every possible moment with a parent or relative who is sick or dying.

Benton says he never felt like he needed assistance from a hospital social worker, but he did heed the common wisdom about taking care of himself. "I always took the time to listen to soft music and to read and to make sure I got enough sleep, because those things really helped me to relax and keep my strength up," says Benton. "There were days I was tired. But I never got sick and was never so tired that I couldn't keep going."

As Benton knows all too well, being a caregiver for an elderly parent with cancer can be overwhelming at times. But it also clearly has its rewards. "If I had to do this again, I would," Benton says. "Seeing my dad who was so sick laugh or smile made it all worthwhile."

Postscript: Benton's father died soon after this was written at the age of 84.

Joy Loverde. The Complete Eldercare Planner: Where to Start, Which Questions to Ask, and How to Find Help. Times Books: 2000, 272 pp.