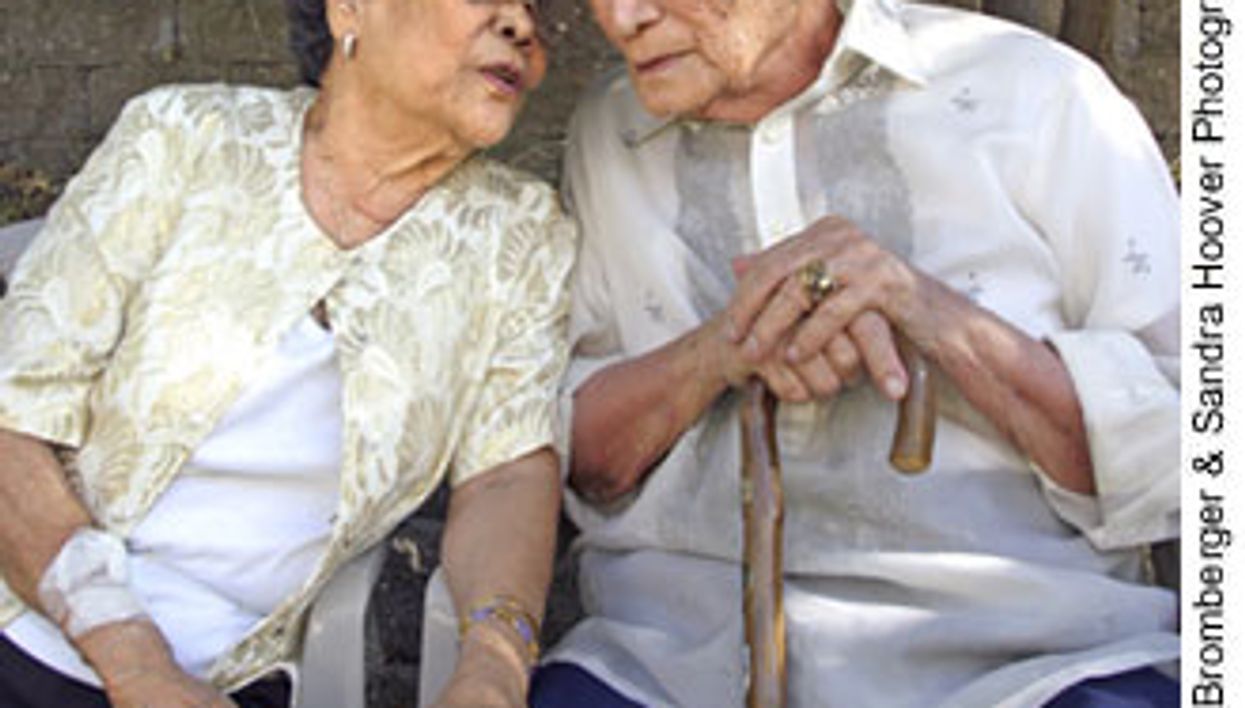 Depression is one of the most common psychiatric problems among older people, but it's not a natural or inescapable part of aging. Seniors don't become "grumpy" or "crotchety" (to name two stereotypical descriptions) simply because they've grown older. They may be clinically depressed -- which may be misinterpreted by others, and by the depressed individuals themselves.

Friends, family, and even doctors may notice that the person feels blue, but they don't consider the symptoms part of a bona fide, treatable illness. Doctors often confuse clinical depression with the symptoms of other acute and chronic illnesses, such as Parkinson's disease. And seniors themselves may decide that the way they feel is par for the course as they grow older.

About 1% to 5% of seniors are estimated to suffer from depression, although that figure rises to 13.5 for those who need home health care, according to federal data. And with the baby boomers now reaching their 60s and 70s, that number is bound to increase. In seniors, as in younger people, depression is by no means a benign condition -- it can lead to faster physical and mental decline in older people and to death at an earlier age.

It's important to acknowledge that many older people have good reasons to feel melancholy. It is understandable for someone with cancer to be despondent, just as it's normal for someone to be devastated by chronic pain, the loss of a spouse, or the inability to do things that used to be second nature. Doctors and family members need to look carefully at the difference between clinical depression and grief over painful losses.

Major depression is a despair and hopelessness so profound that the person may lose interest in life. He may be unable to get out of bed or eat for days at a time. Nothing seems pleasurable anymore. Mild depression, or dysthymia, involves a chronically dampened mood, poor self-esteem, and low-level symptoms of major depression. Some depressive symptoms can be linked to specific problems, as in the case of people who suffer from seasonal affective disorder (SAD), or "winter blues," which is thought to be a reaction to lack of sunlight. But sometimes major depression has no precipitating event. Doctors generally consider a person clinically depressed when he has suffered at least two weeks of despair and at least four of the symptoms commonly associated with depression.

What are the possible symptoms and signs of serious depression?

What causes depression in seniors?

Illnesses. Any person with a chronic illness is susceptible. Those who've suffered heart attacks or strokes or have diabetes or cancer are more likely to be depressed, as are sufferers from Parkinson's disease or hormonal disorders. Seniors whose illnesses have left them unable to perform basic daily activities like using the telephone or getting dressed are at special risk, according to a Johns Hopkins University study. Also, depression often accompanies other psychiatric disorders, particularly anxiety.

Medications. Some common drugs may cause symptoms of depression. These include blood-pressure medicines such as Catapres and Aldomet; Inderal for heart problems; drugs used to treat Parkinson's disease, such as L-dopa and bromocriptine; some arthritis medicines; and steroids, such as cortisone and prednisone.

Genetics. Having relatives who suffered from depression increases your risk of developing depressive symptoms at some point in your life.

Life events. People often experience overwhelming losses late in life, be it death of a spouse, siblings, or other loved ones. In addition, disabilities or illnesses often leave seniors housebound. All of these factors can amount to a lonely and isolated life, the perfect conditions for depression.

Is depression related to Alzheimer's disease?

How widespread is suicide among depressed seniors?

Older adults make up the highest risk group for suicide in the nation. Despite comprising just 12 percent of the population, seniors account for 18 percent of all suicides in the U.S., according to the American Association for Marriage and Family Therapy. Furthermore, white men over 85 are about six times as likely to commit suicide as individuals from all other age groups.

What should I do if someone I care about seems to be depressed?

Helping someone who's depressed can be tough, given that your loved one will likely withdraw from family and friends and resist assistance. But the best idea is to lend an understanding ear and tactfully -- without standing in judgment -- encourage her to consult a doctor or another health-care professional. Primary physicians can help, but geriatricians, who specialize in elder care, are the best choice. In extreme cases -- if the person seems in danger of taking her own life -- urge her to call a suicide prevention hotline, or call one yourself.

One of the worst things you can do is try to talk someone out of a depression either by being overly cheerful or insisting your loved one "just get over it." Depression is a disease. It's biological, and it's not relieved by an act of will.

How is late-life depression treated?

According to the NIMH, only about 10 percent of seniors suffering from depression receive psychotherapy or other treatment. That's a shame, because treatment often helps. Older people with mild depression respond well to a class of drugs called selective serotonin reuptake inhibitors (SSRIs), according to a study by Dr. Carl Salzman of Harvard Medical School. Among antidepressants, SSRIs may cause fewer side effects and interact less with other medications.

But these drugs also present complications for older people. A study in the New England Journal of Medicine found that elderly patients taking SSRIs had 80 percent more falls than patients not on antidepressants, and since seniors are often taking an array of prescription drugs, there is always an increased risk of dangerous interactions.

The Harvard study also emphasized using nonpharmacological approaches, such as psychotherapy, before turning to medication. However, a recent study found that combining psychotherapy with antidepressants helped 80 percent of depressed elderly adults recover and they had lower rates of recurrence than those using just one treatment.

Therapies that foster social activity for seniors seem to be particularly effective, says Salzman. According to Mary Pipher, PhD, author of Another Country: The Emotional Terrain of Our Elders, the elderly would benefit from a society-wide reevaluation of attitudes toward aging. As adults we do pretty well at understanding teenagers, for example, because we were once young ourselves -- but we often don't have the same empathy for elders if we are relatively young ourselves.

Volunteer programs are a great way for older adults to get involved in the community again. Getting a pet also helps protect against depression. At a time when loved ones are disappearing from a person's life, it's sometimes necessary to add new things to love, according to Pipher.

Exercise is also a good nonchemical way to beat depression. A Duke University study found that among 156 men and women with major depression disorder, antidepressants were more effective early on, but that after 16 weeks, aerobic exercise proved to be equally effective in reducing depressive symptoms.

Tai chi has also been linked with an improved prognosis among depressed elders, according to a study published by UCLA researchers. They found that offering seniors weekly tai chi classes along with standard depression treatment resulted in greater improvement of symptoms, along with better memory and cognition and more energy, compared to seniors who had standard treatment plus a health education class.

Being Depression is not a normal part of getting older. Centers for Disease Control and Prevention. Retrieved from https://www.cdc.gov/aging/mentalhealth/depression.htm

Suicide in the Elderly. American Association of Marriage and Family Therapy

Mayo Clinic. Alzheimer's or depression: Could it be both? Undated.