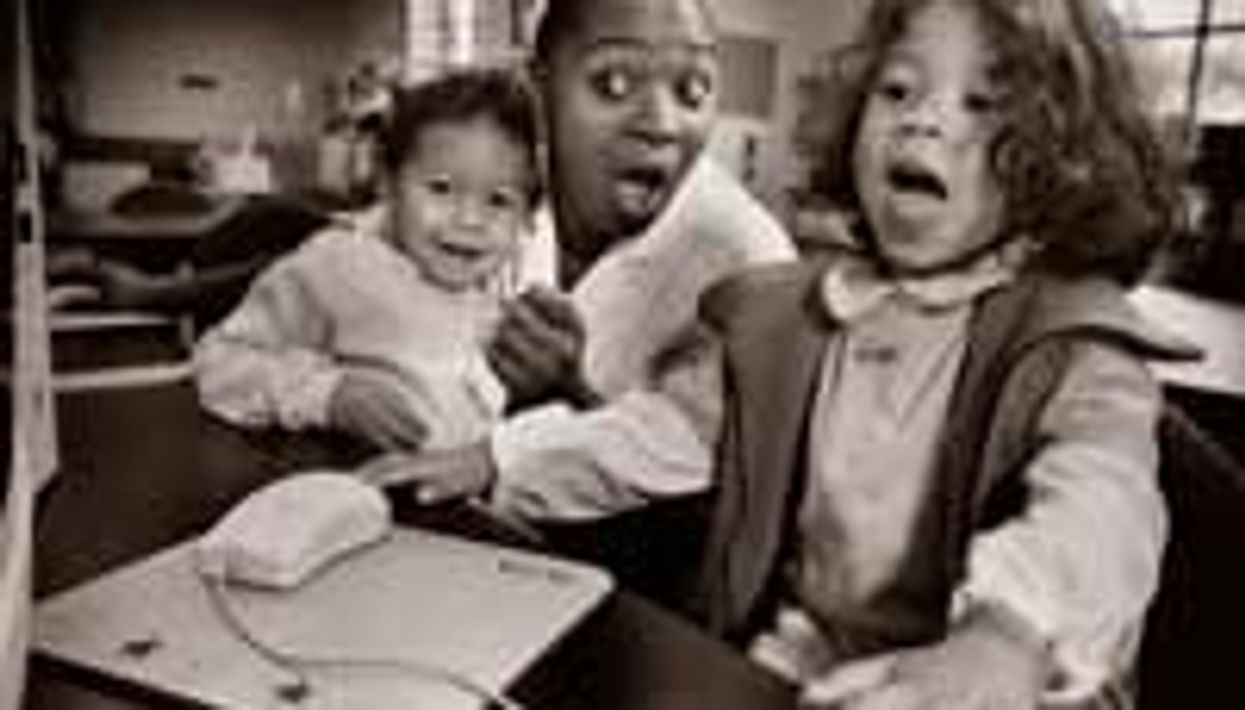 After raising seven children of their own, 45-year-old Carol Johnson,* and her husband, 46, were ready to make the leap from weary parents to doting grandparents. Instead, they ended up becoming parents all over again.

Like most grandparents, Johnson had planned on taking her grandchildren to the park, spoiling them with presents, and leaving the hard work to the parents. But that dream fell apart when one of her daughters got hooked on methamphetamines and started badly neglecting her own little girl.

That's when Johnson and her husband stepped in. "You know what would have happened if she were being tossed from foster home to foster home. As a mother and a grandmother, I couldn't allow that to happen." Johnson and her husband assumed custody of their 1-year-old granddaughter, and now, eight years later, they're the ones helping her with spelling and times tables, buying her clothes, and enforcing her bedtime.

Stories like Johnson's are becoming more common every year. When substance abuse, incarceration, AIDS, or other turmoil takes parents out of the picture, or when a teenage parent finds herself unable to cope with an infant, grandparents do their best to meet the challenge. Today, more than 2.4 million children in America count on grandparents for their chief parental care, discipline, and support.

As Johnson can attest, bringing up kids isn't always easier the second time around. A stay-at-home mom for her own children, Johnson has worked at a grocery store and community center while raising her grandchild. "It was the first time I ever had to worry about day care or babysitters," she says. Worse, her granddaughter suffered from emotional problems brought on by early instability and the neglect of a mother who dropped by occasionally but rarely kept her promises.

Johnson felt overwhelmed and angry, but she soon found ways to cope. She refreshed her child-rearing skills with parenting classes. And when she realized that many other grandparents in her community were in the same situation -- including an 80-year-old woman caring for a rambunctious 5-year-old grandson -- Johnson started a "grandparents raising grandchildren" support group.

The group still meets regularly to socialize, offer tips, vent frustrations, and reminisce about the days when they actually had enough energy to keep up with young children. ("I've never met a grandparent raising kids who didn't complain of being tired," Johnson says.) The group helped Johnson get through the hard times and gave her the strength to raise one last child.

The AARP offers these additional tips for grandparents caring for grandchildren:

Today, Johnson feels nothing but motherly love for her granddaughter. "I don't resent being tied down anymore," she says. "She's one of our children, and that's the way it is."

Taking charge of a grandchild's care can raise many questions about custody, rights, and benefits. In general, grandparents who haven't been granted legal custody have few rights. You won't be able to collect any assistance for raising your grandchild, and you can't stop the child's parents from taking her back -- even if you're worried that they may not be able to provide a safe home.

If you have custody, however, you will have the right to keep your grandchild and make important decisions about the child's future. You may be eligible for programs such as Social Security Retirement Benefits or Supplemental Security Income as well. (Your local Area Agency on Aging can provide more information on potential benefits.) Custody will also allow you to make medical and educational decisions for your grandchild.

If you're interested in gaining custody or adopting your grandchild, you should contact an attorney. The process can be complicated, and you'll need professional advice. Before you call an attorney, however, you can educate yourself on visitation, custody, and adoption laws in your state.

* This name has been changed.