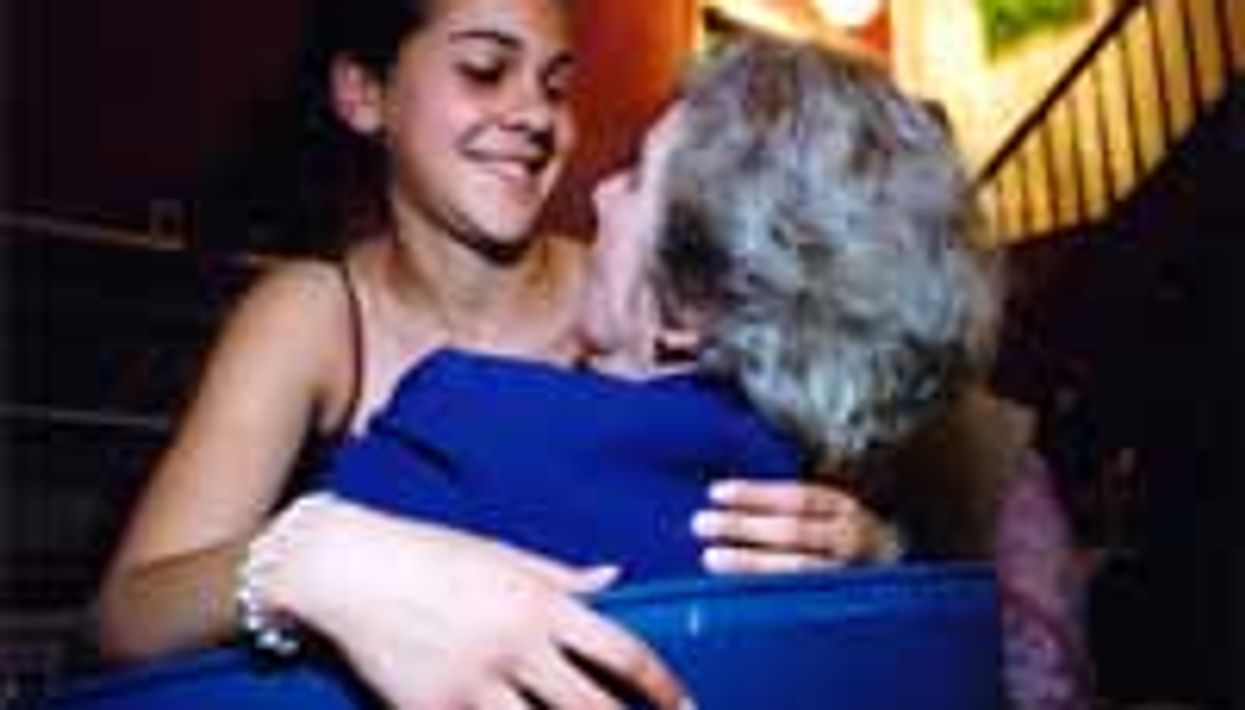 Most grandparents hope to spend their golden years blissfully spoiling their grandkids. For some, however, these years are filled with court battles and anguish when a child's divorce or other family problems prevent them from even seeing them.

Grandparents Judith and J.H. Fleming of Perkins, Oklahoma, experienced this for themselves. When their son and his wife were divorced, the Flemings tried to be as supportive as possible: Judith babysat her granddaughter six days a week, and the couple helped out their former daughter-in-law financially. When the mother decided to start a new family with a new partner, however, she suddenly cut off the Flemings' visits with their granddaughter.

"I can't even describe the pain," says Judith Fleming, 48. "My husband got very depressed as well. We went from having her almost every day to not seeing her for six months." Fleming's son had visitation rights as part of his divorce agreement, but was living in a different state and wasn't able to help his parents see the child.

Fleming says that her grandchildren are one of the most important things she and her husband are living for as they get older. Indeed, some research shows the emotional bond between grandparents and grandchildren is second only to the parent-child bond.

A study from the University of London reported that nearly half the grandparents surveyed said the relationship with their grandchildren was closer than any other, including that of a partner or spouse. The researchers found that people who lost contact with their grandchildren after parental divorce or separation experienced prolonged grief, with most of them still bereaved two to five years after the initial loss. Sixty-six percent reported continued emotional and physical health problems related to the loss during the one-year follow-up study.

"Grandparents give grandchildren things they can learn nowhere else," says Arthur Kornhaber, MD, president and founder of the Foundation for Grandparenting. "And for grandparents, the relationship not only gives them a way to support their kids and their grandchildren, but also gives meaning to old age in this society."

So what can grandparent do when something gets in the way of that bond?

Some grandparents are taking the route the Flemings ultimately chose to get to see their granddaughter -- going to court to fight for their rights. The tactic worked out well for the Flemings; they were awarded one weekend of court-mandated visitation with their granddaughter each month. But not all court cases are as successful. While all 50 states have laws allowing grandparents to seek visitation rights through the courts, the laws have been challenged in some states as unconstitutional.

At the heart of the matter is whether grandparents -- assuming they are good grandparents -- have a legal right to visit their grandchildren. Equally important, do states have a right to mandate grandparent visits against parents' wishes?

Part of problem stems from a U.S. Supreme Court case dating back to 2000, in which the justices ruled against grandparents in a Washington state case. The case was complicated: Jenifer and Gary Troxel petitioned to see their grandchildren after their son, Brad, committed suicide. He had not married the mother of his two children, Tommie Granville. When the couple separated, Brad had gone to live in his parents' home, where his young daughters, Natalie and Isabelle, visited regularly. The girls continued to visit their grandparents after their father's death, but their mother began to limit the amount of time they could spend with the Troxels.

"That was a horrible blow," said Jenifer Troxel, of Anacortes, Washington. "We were still grieving over the death of our son, and the thought that we might soon be grieving the loss of our granddaughters was just too much." The grandparents went to court under a Washington state law which permits "any person" to petition for visitation rights "at any time" and allows the Washington Superior Court to grant visitation when it is in the child's best interest.

The lower court sided with the Troxels, and granted them visitation rights of one weekend a month, one week during the summer, and four hours on each of the girls' birthdays. But when Granville appealed the decision -- around the same time she married Kelly Wynn, who formally adopted the girls -- the appeals court overturned the visitation order.

Unwilling to give up, the Troxels took the matter to the state of Washington's Supreme Court, which also decided against them. The state court ruled that the Washington law allowing grandparents (as well as other third parties) to petition for visitation rights violated a parent's constitutional right to raise his or her children without state interference.

When the case reached the U.S. Supreme Court, the nation's top justices agreed, and in a 4-3 decision in 2000, ruled that Washington state law was far too open in allowing for visitation rights and that it violated a parent's right to make decisions regarding their child's "care, custody and control."

Explaining why she and her husband filed suit, Jenifer Troxel says that they tried to go through mediation first, but the girls' mother didn't respond. "We just didn't know what the future held," she says, "and felt we had to do this to avoid losing our granddaughters."

When the Washington Supreme Court overturned the visitation order, hundreds of Washington State grandparents were affected, Troxel says. "At that point, we felt we had to do this for all grandparents."

Even though the ruling was ambiguous, with justices writing six different opinions, states look to Granville v. Troxel as the basis for deciding cases today. Although parents' rights groups and the ACLU hailed the decision as a victory, senior associations like the AARP filed on behalf of the grandparents and deplored the decision.

Grandparenting experts do agree that the courts should be the last resort in visitation disputes. "I recommend going to court only when you're facing a brick wall, when every other avenue has been attempted," says Dr. Kornhaber, who has coauthored several books on the subject of grandparenting, including Grandparents/Grandchildren: The Vital Connection and Grandparent Power.

In the Troxel case, Kornhaber points out that Isabelle and Natalie's mother did not oppose visitation. "She only differed with the Troxels about how often they could see the children," Kornhaber emphasizes. "Therefore, this case is quite different from the most devastating cases where a biological parent disallows all grandparent-grandchild visitation. Of course, these differences have no effect on how the children are emotionally affected by this issue." But, says Kornhaber, "the court missed a golden opportunity to make a statement American families need to hear, which is 'when you have problems with relatives, get rid of the problems and not the relatives.'" Parents and grandparents should ask themselves what the children want and need in terms of seeing their grandparents, and then work to accommodate those wishes.

To help you avoid closing down the relationship between parents, grandparents and grandchildren, and better provide for the needs of the children, experts offer the following tips:

Try to be patient, keep communication open, and attempt to understand what your children or in-laws are going through, says Kornhaber. If they're angry, chances are the anger will subside and they'll seek you out later, when they realize it's best for the kids to keep you in their lives.

If talking things out just doesn't seem to be working, family counseling for grandparents and their children may help you get to the root of the conflict without involving the grandchildren.

During the periods you're not able to see your grandchildren, make an effort to keep in touch with them through some other means. Specialists on grandparents' rights recommend calling your grandkids on the phone or writing cards and letters to let them know you love them. If the children are old enough to understand, explain that you would love to see them, but that it's just not possible right now because of some "grown-up" problems. Don't go into specifics, and don't blame the child's parents.

If your child is getting divorced and you sense there could be trouble, talk to your child about putting grandparent visitation rights in the divorce settlement. "That could save a lot of headache down the road," says Oklahoma's Judith Fleming, who founded the Grandparents' Rights Support Center of Oklahoma after her own experience.

If your options are running out and it looks like you're headed to court, try using your county's mediation services, which are usually very affordable and more cordial than court proceedings.

If worse comes to worst, you may just have to wait until your grandkids are old enough to seek you out on their own. "I've met hundreds of grandkids during my 30 years of research," says Dr. Kornhaber. "A lot of them said they always knew their grandparents loved them and they went to see them as soon as they were old enough."

Interview with Judith and J.H. Fleming

Interview with Jenifer and Gary Troxel