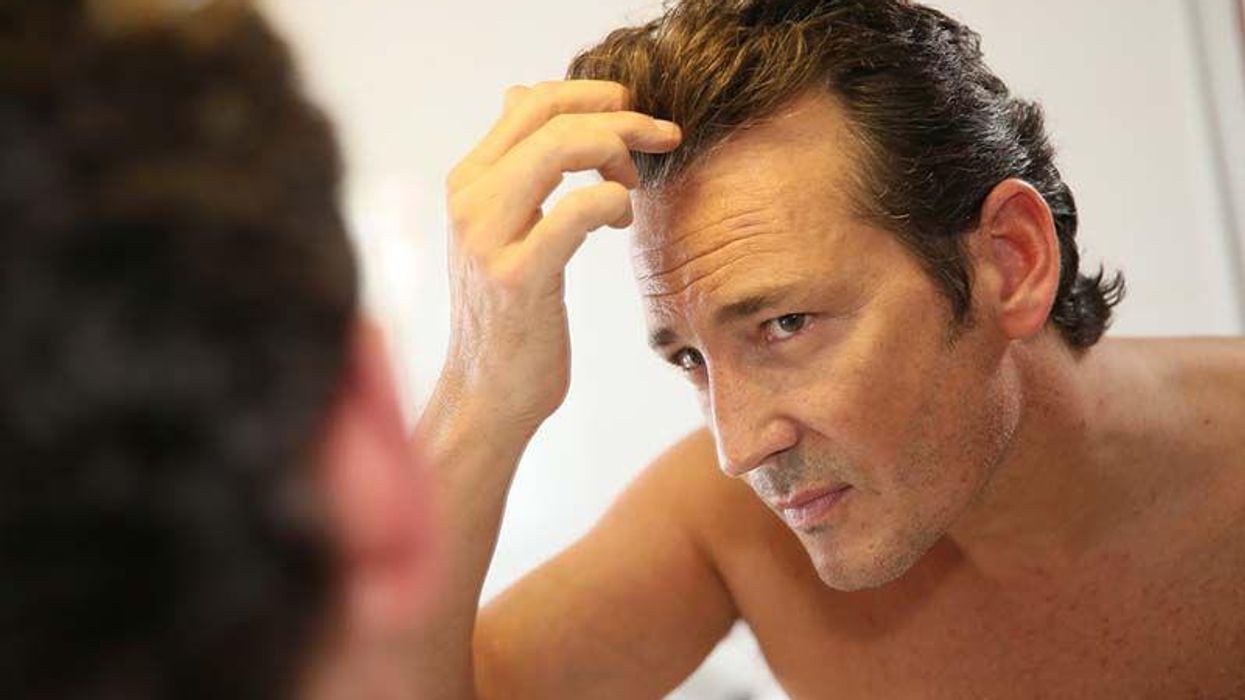 Women aren't the only ones who get hot flashes in their later years. Aging men can get them, too, along with osteoporosis, dwindling energy, fading sex drive, and a host of other problems that would be familiar to millions of menopausal women. Over the years, health journalists, members of the general public, and a few doctors have embraced the term "male menopause," or "andropause," to describe the changes that some men go through with age.

The term is both controversial and at least a little misleading. (In fact, an editorial in the journal Menopause as early as 2007 said it was time to give the concept of "male menopause" a "decent burial.") Still, men should know that dwindling hormones can bring new symptoms and challenges as years go by.

A shortfall of sex hormones

There's certainly some truth behind the term male menopause. Like older women, older men have a shortfall of sex hormones. But there's a big difference between female menopause and the supposed male version: While estrogen levels plunge during female menopause, testosterone and other male hormones generally fade away slowly and gradually. The male hormones start declining in a man's 30s or 40s, but they don't decrease as dramatically as they do in women. The simple fact that some men such as Strom Thurmond and Tony Randall were able to father children in their 70s shows that the genders aren't following the same rules of aging.

There's another big difference: While the symptoms of female menopause are directly linked to estrogen levels, the picture isn't nearly so clear-cut for men. Some men with relatively high levels of testosterone still struggle with a fading libido, a lack of energy, and other consequences of aging. At the same time, plenty of men with relatively low levels of testosterone seem to sail through their later years.

A study of more than 300 healthy Swedish men aged 55 to 75 found that you can't judge a man by his testosterone levels alone. After looking at a wide range of age-related problems, researchers found that only three were especially common in men with low testosterone. As reported in the journal Menopause, men at the low end of the testosterone spectrum were more likely to suffer hot flashes. They were also more likely to say that their job performance had deteriorated and that they had lost some strength and endurance.

With the exception of these problems, men with low testosterone appeared to enjoy the same quality of life as men the same age who had high testosterone. In other words, men in otherwise good health don't need all that much testosterone to feel healthy and happy.

Testosterone's value becomes clear when it disappears. Men who receive certain treatments for prostate cancer suddenly find themselves with little or no testosterone, a situation that's much closer to female menopause. These men are prone to depression, hot flashes, broken bones, anemia, breast enlargement, trouble with thinking, loss of muscle mass and strength, and an overall decline in quality of life.

Testosterone supplements aren't safe for men with prostate cancer -- they may promote growth of the cancer -- but some of these complications can be alleviated in other ways. For example, resistance exercise can help restore muscle mass and strength, and a nutritious diet and losing weight can also help lessen symptoms, according to CancerNet.com.

Aging men may wonder if a boost in testosterone will help them regain some of their youth. However, it is not recommended to ease the effects of normal aging or to restore vitality, especially since the hormone replacement therapy could cause serious side effects, including blood clots. In fact, the Mayo Clinic recommends against its use for anything other than low testosterone caused by a medical condition.

In some cases, a testosterone prescription really does make sense. If an older man is suffering from osteoporosis, thinking problems, depression, or other problems that are sometimes related to low testosterone levels, a doctor may decide to measure hormone levels in the blood, although it is not a routine test. Should the level turn out to be unusually low, a testosterone prescription might be considered. To make sure that the dosage is right, a doctor should monitor the levels in the blood over time. The hormone can be given as a gel that is rubbed into the skin or gums, through a patch that attaches to the skin, or as an injection.

Even if a man has extremely low testosterone levels, a gel or patch is far from a cure-all. It may help him build more muscle, but studies suggest it won't do much to improve his strength. And while testosterone may help ramp up a man's interest in sex, it may not do much to enhance his erections, especially if he has another medical condition that contributes to erectile dysfunction.

Hormones are important. But for men, there's much more to life -- and to health -- than testosterone.

Testosterone therapy: Potential risks and benefits as you age. MayoClinic.com, accessed May 30, 2021.