Hostels aren't only for youths anymore. If you're 55 and older, try Road Scholar. 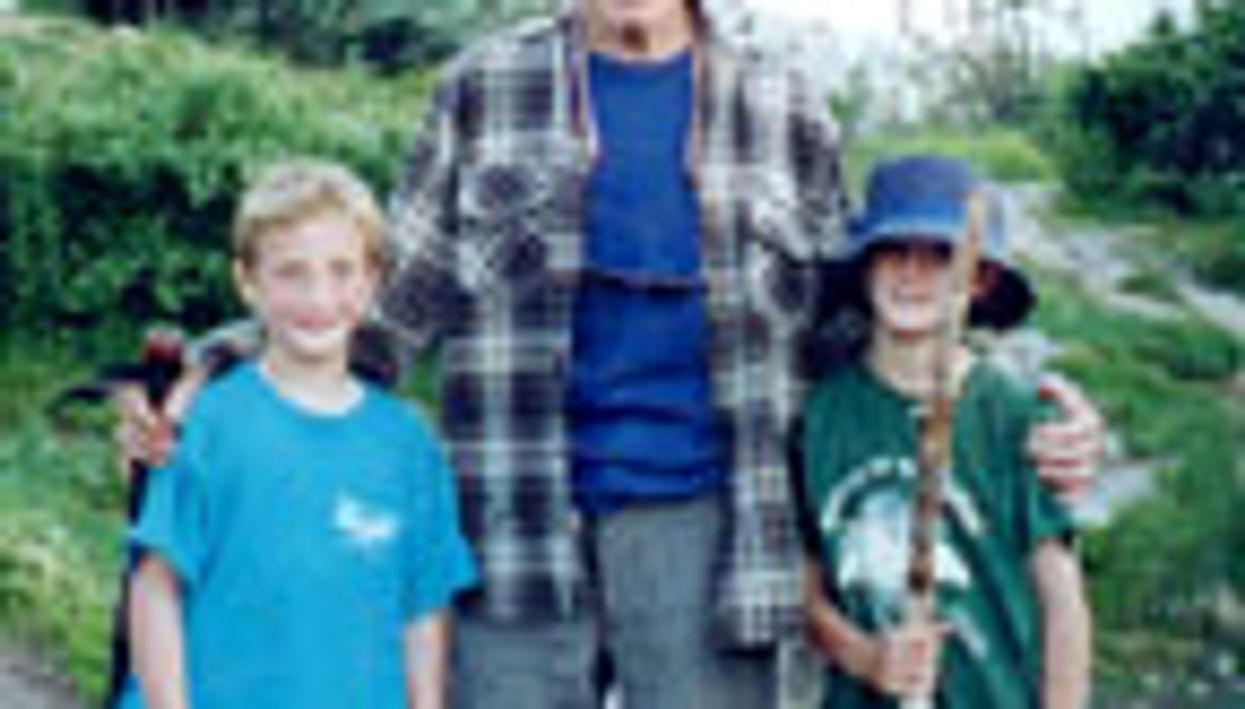 For some of us, the memories of backpacking from one youth hostel to another in Europe conjure up images of idyllic summers past -- full of unexpected adventure and a lifetime away from our workaholic routines today.

But even if you've retired and are watching your college-age grandchildren head for Europe, Mexico, or parts unknown, you don't have to feel left behind. Now, for Americans 55 and older, Road Scholar (the former Elderhostel Inc.) gives you a reason to dust off your hiking boots -- or maybe get some new ones.

Hal Jamison, 84 at the time of his trip, chose a challenging seven-day Alaska backpacking expedition offered by the Road Scholar program, which is inspired by European youth hostels and residential learning centers. Jamison and 10 others 65 and older carried 25-pound packs on their backs as they savored dazzling peaks and crystalline air at 3,000 feet along the Chilcoot Trail in Eastern Alaska, following the same route taken in 1898 by avid gold seekers from around the world.

The oldest member of the group, but hardy and always ready for a physical challenge, Jamison insisted that what he liked best about the 25-year-old Road Scholar program was the opportunity to commune with a diverse mix of people. For Jamison, an activist and former public health researcher with left-leaning views, making friends with a police officer from Las Vegas was an adventure in itself. He remembers the officer as an enthralling story teller -- "and one of the most humorous, quickest guys I'd ever met. He'd keep us up to all hours around the campfire, even though we knew we'd have to be up by 5 the next morning."

Jamison strongly recommended Road Scholar to other seniors, though he noted in passing that there can be a measure of competition among travelers on the more challenging Road Scholar trips. As far as he knew, at 84 he was the oldest man in Road Scholar history to have successfully completed the Alaska trip -- "although there's another guy, he's only 78, who's made some pretty tall claims."

Of course, if your idea of an adventure doesn't include the word "expedition," don't worry. You have plenty of company, and Road Scholar has offerings to suit every taste, from relaxed classes on music and theater to religious and cultural retreats at home and abroad.

On all Road Scholar programs, voyagers have their choice of private rooms or doubling up, sometimes with an assigned roommate. Accommodations such as private bathrooms shouldn't be taken for granted, however. For some Road Scholars, such amenities are crucial, as high up on their priority list as their destination.

Leon Gurney of Chicago, who has gone with his wife on nine Road Scholar excursions in the last decade, said that lodgings are typically appealing -- "beautiful retreats in rural areas, quaint hotels in the cities." But when choosing a trip, among the first things Leon looks for is a private bath. "Eunie, my wife, says, 'How can we share a bathroom with strangers -- we can't even share one with each other,' " he joked.

The Gurneys have taken in sights from the Louvre Museum in Paris ("What struck me was the sheer enormity of it") to the architectural wonders of Prague and Monet's lush garden in Provence ("It was very powerful -- breathtaking -- to see the pond where he painted 'Waterlilies' and to see his garden, which was blooming in an astounding way"). They also had an uproarious time on an Road Scholar trip to the former Borscht Belt of Jewish stand-up comedy in upstate New York, where they attended a seminar on the history of Jewish humor. "Our instructor was wonderful and could tell jokes with a perfect accent," recalled Gurney. "We wound up telling jokes back and it turned into a regular joke-fest."

An enthusiastic art novice, Gurney struck up lasting friendships with some of his fellow students. "You can study literature, art, science, music -- the choices are endless -- and the guides and instructors are superb and knowledgeable," says Gurney. "The people who go are often retired teachers as well as a range from those who never finished high school to those with advanced degrees. It's a very stimulating group."

Ilse Daniels, 76 at the time of her interview, another veteran of the organization's cultural programs, is a widow with two children, five grandchildren, and five great-grandchildren. She had a word of encouragement for widowed spouses: Don't be afraid to go on an Road Scholar tour by yourself. Daniels has been on 10 Road Scholar trips, including a walking tour of Savannah, Georgia ("where we saw the Garden of Good and Evil"), cabin stays at a Jewish retreat at Camp Pearlstein in Prescott, Arizona, and sojourns featuring art and music classes in St. Petersburg, Florida. She began traveling with friends after her husband died and her children presented her with a certificate for a motor coach tour. "They didn't want me to get used to staying home," she says. "That's how I took my first trip and had a ball."

After several trips with her friends, who eventually lost their wanderlust, the Chicago grandmother decided to brave a Road Scholar trip by herself. She went with a group of other hostelers to a mountain retreat in Colorado Springs and thoroughly enjoyed herself.

"As long as I could see a mountain, I was happy," she says. "I love the mountains." She has occasionally found the cabin accommodations a little spartan ("sparse isn't the word"), but gave the food, camaraderie, and tour leaders high marks -- and she's looking forward to hitting the road again with her fellow hostelers. "You really should have a friend along, but you can go it alone," Daniels said. "The trips are always fun. I'd recommend Road Scholar to anyone who is open to adventure, alone or with friends."

In search of real adventure

Carl Middaugh of San Diego isn't sure when the desire to visit Antarctica first took hold of his imagination. "Maybe, it was in high school," he says, "about the time I was getting interested in lost mines and treasure hunting. Maybe it's the idea of exploring an area not traveled by other humans."

Middaugh, a seasoned seaman who spent 30 years working on seagoing research projects before his retirement, is not easy to impress. But when he read about the Antarctica trip in the Road Scholar International catalog, he decided that at age 64 it was time to gear up for a two-week stint with 12 other intrepid elder travelers aboard a liner bound for chilly southern climes, where temperatures can drop to 28 degrees below zero. Finally, he'd be able to realize his longstanding dream.

In retrospect, Middaugh was only sorry there weren't a few more adventures -- if not misadventures -- to be had on the high seas. For instance, all his life he'd heard how perilous the infamous Drake's Passage could be. Yet he and fellow crew members sailed through the dreaded iceberg-laden pass without so much as a murmur from the treacherous waters or even a bout of seasickness. The wildlife he espied along the way made the trip memorable nonetheless. "The Antarctic penguins were funny, especially the way they'd steal pebbles from other penguins' nests," he recalls.

Middaugh also became good friends with the fellow traveler he roomed with in Buenos Aires, where the boat docked on its way to Antarctica, and they plan to stay in touch. "I believe that barring physical limitations, one is only limited by self-imposed boundaries," he says. "And the mind is like a muscle -- if it isn't used, it will deteriorate. If you're thinking of going on an Road Scholar trip, do it as soon as you can. None of us knows where we'll be tomorrow."

The former seaman said the Road Scholar trips he and his wife took before he set sail to Antarctica were a little too tame for his taste. "But that was my fault," he insisted. "All I had to do was pick up the catalog and look a little harder, and I found something better."

Road Scholar http://www.roadscholar.org/default.asp To get more information or order a catalog, call Road Scholar's toll-free number, 877-426-8056. The organization also has a Web site, where you can browse the catalog as well as register for any of their programs. For scholarship information, write:

Jim Williams. The 2011 Hostel Handbook for the USA and Canada. http://www.hostelhandbook.com

Joan Rattner Heilman. Unbelievably Good Deals and Great Adventures that You Absolutely Can't Get Unless You're Over 50, 2009-2010. McGraw Hill, 2010