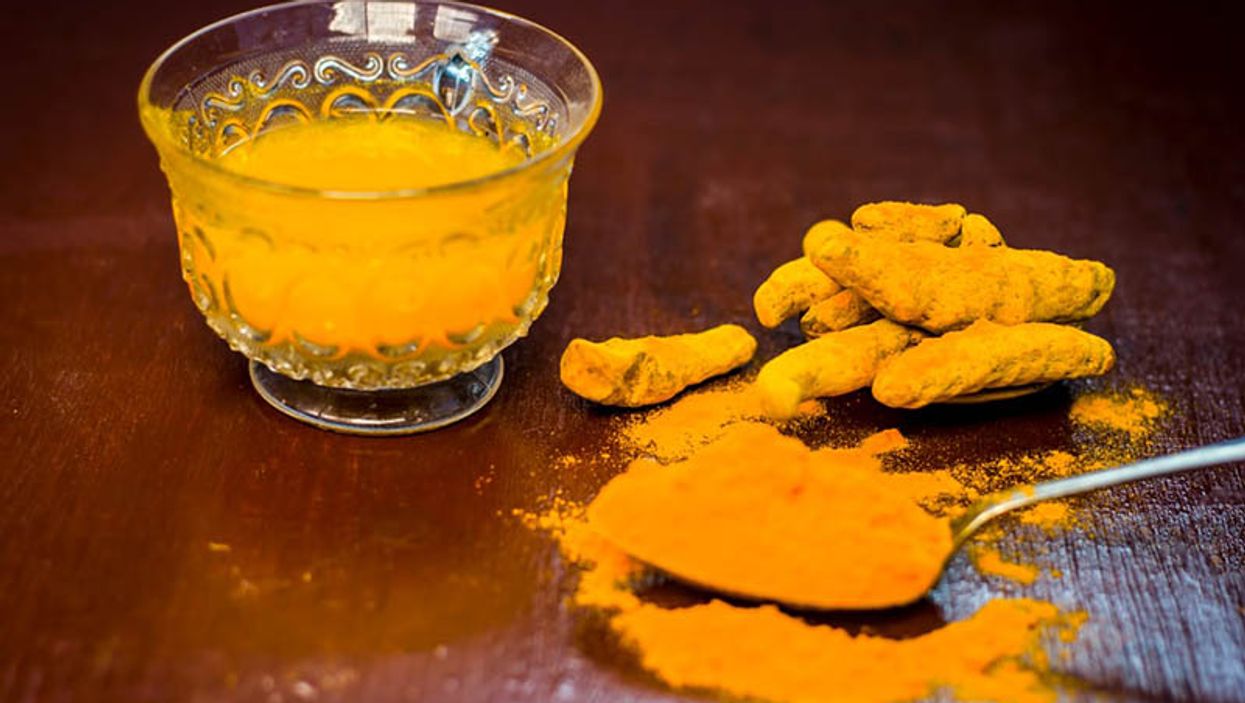 There's still no cure for Alzheimer's or known way to prevent it. But if you're worried about developing the disease, your doctor just might give you an unexpected prescription. She might urge you to exercise daily, eat a diet rich in whole foods, and watch your weight. She might even recommend taking a language class or some dance lessons. Or having a fish dinner twice a week. Or adding curry dishes to your menu.

Thanks to many recent studies, researchers now have several promising theories on helping prevent Alzheimer's. In fact, a report in the Annual Review of Public Health stressed that researchers are increasingly looking at Alzheimer's the way they do other chronic conditions in which lifestyle plays a role. Many feel that it's not too soon to take action -- especially if you have a family history that puts you at risk.

Obesity, high cholesterol, and high blood pressure all significantly raise the risk of Alzheimer's, researchers report. Swedish and Finnish researchers followed a group of 1,500 older subjects for an average of 21 years. A combination of all three factors increased the risk by six-fold.

These same risk factors also contribute to heart disease, the number-one killer in this country. Doctors have long encouraged patients to protect themselves from heart disease with regular exercise and a healthy diet. Now there's growing evidence that a heart-healthy lifestyle may also be good for the brain.

Even if you're not technically overweight, having excess belly fat may increase your risk of Alzheimer's disease. A long-term study of more than 6,500 people published in Neurology found that those who had the most abdominal fat between the ages of 40 and 45 were about three times more likely to develop dementia in later life than those with the least. And a study using MRI imaging suggested one mechanism at work: greater weight in 733 health participants was linked with lower brain volume, with the strongest link between abdominal fat and decreased brain volume.

Excess fat is also thought to contribute to inflammation in the body, which is linked heart disease and, increasingly, with dementia. "Inflammation is actually a pivotal player in such diverse brain conditions as Alzheimer's disease, multiple sclerosis [and] Parkinson's disease and even autism," says neurologist David Perlmutter, MD, in a public statement. "My most fundamental take home message ... is to convince everyone willing to listen that you've got to do everything possible to reduce inflammation," including eating healthful fats like omega-3 fatty acids.

Warding off Alzheimer's with exercise

More and more evidence suggests that people who exercise regularly into their later years are less likely to develop Alzheimer's: In a recent study, older women who were physically active during the six to eight years of follow-up were less likely to suffer from impaired memory and reasoning. In addition, several case-control studies suggest that a sedentary lifestyle is a risk factor for the disease.

What's more, one study released in suggested that walking at least 6 miles a week -- the equivalent of 72 city blocks -- will help prevent the onset of Alzheimer's. In the first decade of a 20-year study of 426 older adults, the researchers also found that adults who already had Alzheimer's or mild cognitive impairment were able to preserve the brain's key memory and learning centers over at least a 10-year period by walking 5 miles a week.

And it's never too late to get started -- exercising in midlife can significantly reduce your risk of Alzheimer's, especially if you're at genetic risk for the disease. Swedish researchers, for example, studied the health of nearly 1,500 people aged 65 to 79 whose lifestyle had been monitored for almost 35 years. In a study published in Lancet Neurology, they reported that older people who exercised at least twice a week had approximately a 60 percent lower risk of suffering from Alzheimer's and dementia than their less active peers. Carriers of the Apo-E gene, which puts people at high risk of developing Alzheimer's, reaped the largest benefits. Exercise may ward off Alzheimer's by boosting blood flow to the brain and helping protect blood vessels there, researchers speculated.

And even a little exercise may yield tremendous gains. In a recent U.S. study involving more than 1,700 adults followed over a six-year period, adults over 65 who exercised for 15 minutes three times a week reduced their risk for dementia by one-third.

"This study adds to growing evidence that moderate exercise is the closest thing we have to a magic wellness bullet for everyone," said William Thies, vice-president of the Alzheimer's Association for medical and scientific affairs, in a press release following the report. "Moderate physical activity has all kinds of benefits and almost no downside."

Finally, exercise helps protect against insulin resistance and diabetes, which are both considered risk factors for Alzheimer's disease.

If you don't enjoy the thought of working out, consider this: A recent study that extolled the possible virtues of board games and reading to prevent cognitive decline also found that a certain physical activity -- dancing -- was especially valuable for preventing Alzheimer's. Whether it's salsa, rock and roll, hip-hop or a waltz, dancing seems to be good medicine.

A heart-healthy diet may protect the brain

As reported in the newspaper of the American Medical Association, a healthy diet may turn out to be a strong defense against Alzheimer's. A four-year study of 815 Chicago seniors published in the Archives of Neurology found that a diet high in artery-clogging saturated fat doubled the risk of the disease. (A diet high in trans fats was also linked to a strong increased risk.) At the same time, a diet high in unsaturated vegetable fats -- such as those found in vegetable oils -- lowered the risk.

In fact, the eating pattern known as the Mediterranean diet -- which is rich in fish, fruits, vegetables, nuts, whole grains and healthy fats such as olive oil -- has been found to reduce Alzheimer's risk by 40 to 60 percent, according to a recent Johns Hopkins report.

Fish, a rich source of healthy omega-3 fatty acids, may turn out to be particularly effective for lowering the risk of developing Alzheimer's. The study of Chicago seniors and Alzheimer's compared their consumption of tuna and other seafood meals. Researchers found that those who ate one serving or more of fish each week had a 60 percent lower risk of developing Alzheimer's than those who seldom or never ate fish. (Fried fish, however, doesn't seem to confer the same benefits).

Your own kitchen may supply other sources of food Rx. Some studies suggest that plant chemicals, such as quercetin in apples (mostly the peels), red onions, beta-carotene (found in carrots, sweet potatoes, and many other vegetables), and polyphenols (found in red wine), may protect against dementia.

Curcumin -- the plant from which tumeric is made -- has strong antioxidant and anti-inflammatory properties, and it has been found in mouse studies to reduce the accumulation in the brain of the protein beta amyloid plaques, a hallmark of Alzheimer's. Research involving curcumin and Alzheimer's patients is ongoing. In the meantime, a good curry, an apple salad and some salmon steaks certainly won't hurt.

Although major strokes have obvious consequences, small ones may go undetected clinically." According to the report, another lifestyle factor that may turn out to influence Alzheimer's is blood cholesterol levels. Among other things, it says, scientists have found that high blood cholesterol levels may increase the rate of plaque deposition in laboratory mice.

"It's definitely a good idea to keep blood pressure under control if you already have memory problems, because poorly controlled hypertension can lead to multi-infarct dementia and therefore worsening memory," says Dr. Michael Potter, an associate professor and attending physician at the University of California at San Francisco Medical Center. "This may be especially important in people who already have poor memory due to Alzheimer's."

If you've ever felt guilty for spending a few "unproductive" hours on a board game or a good book, rest assured: You probably weren't just wasting time. According to some researchers, activities that stimulate the mind just might help ward off dementia. In a five-year study of 469 seniors published in the New England Journal of Medicine, researchers found that playing board games, reading, and playing a musical instrument were all linked to a lower risk of dementia. In addition, subjects who solved four crossword puzzles a week were about 50 percent less likely to develop dementia than those who tried just one puzzle each week.

Though doing mental exercises will not necessarily prevent dementia, the NEJM study is one of several to suggest that active minds may help provide extra protection against it. French researchers have found that knitting, gardening, doing odd jobs, and traveling all help keep the mind sharp and reduce the chances of all types of dementia. Other studies suggest that higher education and a mentally challenging job may also protect against the disease. Researchers believe that mind-stimulating activities help to create a rich network of connections between brain cells. If some of these connections break down, the theory goes, others will take over.

Of course, the research on mental activity and Alzheimer's prevention is not conclusive. The association may simply boil down to this: older people may be more likely to play chess or engage in mentally challenging jobs because they don't have Alzheimer's, whereas those who've unknowingly experienced early, insidious changes in the brain caused by Alzheimer's may withdraw from those activities at an earlier age. Likewise, the evidence linking diet and Alzheimer's prevention is based partly on peoples' memories of what they've eaten -- not the most reliable source of information.

But whether or not these lifestyle changes prevent dementia, they'll help keep you healthy in other ways. So eat well, stay active, and keep your mind busy. It's more than just a promising way to avoid Alzheimer's. It's a good way to live.

"Walk Much? It May Protect Your Memory Down the Road." Radiological Society of North America meeting news release.

Clarke RJ et al. B Vitamins for Prevention of Cognitive Decline. Journal of the American Medical Association. Vol. 300, No. 15.

You're never too old or cranky to get off the couch. Alzheimer's Association press release..

Folate and Other B Vitamins May fight Mental Decline with Aging." Tufts University Health and Nutrition Letter.