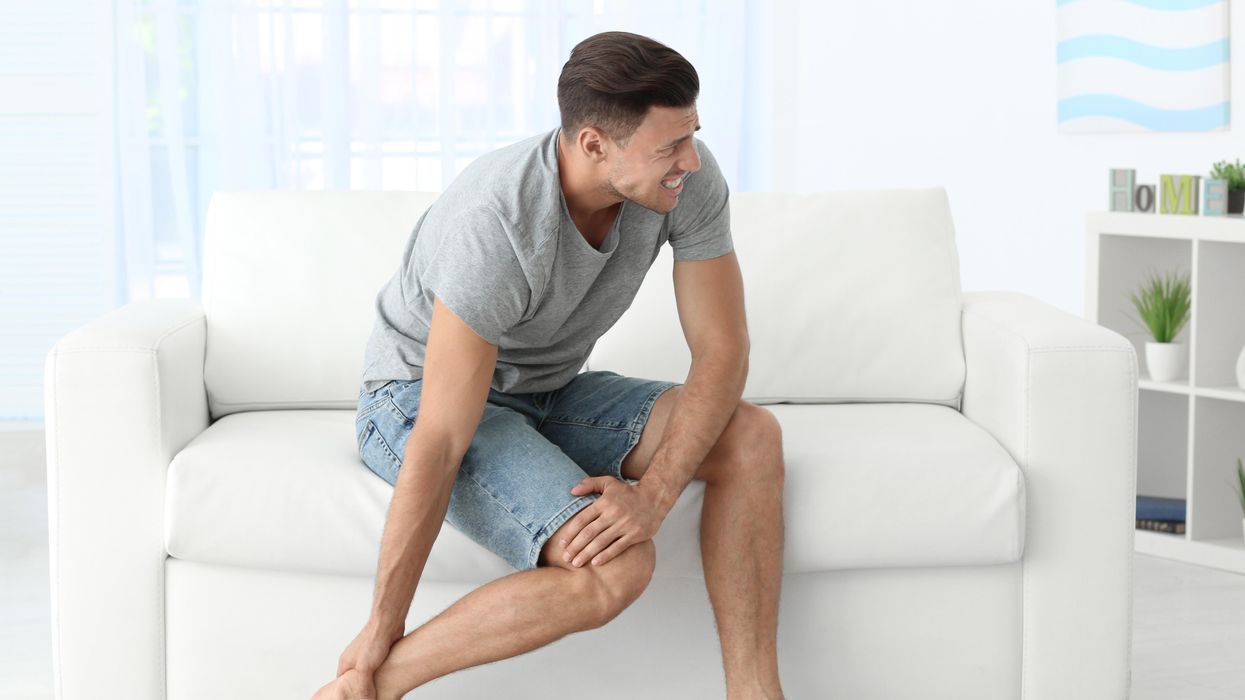 Joshua Heller wasn't worried when he noticed a painless knot below his right ankle. A couple of months later, he felt a dull ache in his right foot, but the 26-year-old chef continued working his usual long hours at his family's seaside restaurant. In his spare time, he played racquetball and coached two local sports teams.

By summer, periodic shooting pains in his instep forced him to restrict his activity and stay off his feet. In September, an odd array of symptoms -- pins and needles, shooting pain, and constant aching -- left him with a constant limp.

That's when Heller (not his real name) first reported the problem to a doctor, who diagnosed it as tendinitis and put a cast on his right foot and ankle. Two weeks later his left foot began to hurt. The doctor shrugged it off, saying the new symptom resulted from favoring that leg. But the left foot swelled and the pain grew. After that, Heller saw three orthopedists -- experts in bones, muscles, and tendons. They tried surgery to remove fluid in his right foot and more casting. Nothing worked.

Nearly two years after he first noticed the lump below his ankle, Heller was in unbearable pain, and no doctor could tell him precisely what was wrong. "Both feet were so bad that I almost couldn't walk anymore," recalls Heller.

Finally, he saw a rheumatologist who discovered that he had an uncommon form of arthritis caused by a sexually transmitted disease (STD), typically gonorrhea or, as in Heller's case, chlamydia. This condition, often called venereal arthritis, is practically unknown to the general public, and its diagnosis eludes many doctors.

Venereal arthritis itself is very rare, especially in a young person, but the sexually transmitted diseases that can lead to venereal arthritis are common in the United States, with nearly 337,000 cases of gonorrhea and more than 1.2 million cases of chlamydia, according to the Centers for Disease Control and Prevention.

Disturbingly, chlamydia sometimes causes few outward symptoms, especially in women, so people may have no idea they have it until the disease is in an advanced stage. Even if they do, they may not realize that the bacteria, if unchecked, can spread to the joints.

Heller, for his part, never even suspected he had contracted chlamydia. When specialists finally informed him of the source of his pain, he was shocked and embarrassed. He had no clue that he had contracted a sexually transmitted disease or that it could turn into the arthritis that was causing him such agony.

"When the test came back that there was chlamydia [bacteria] in my feet, I felt dirty and weird about it," he remembers. But his team of doctors assured him that there was nothing to be ashamed of. As with any other disease, chlamydia-associated arthritis calls for diagnosis and treatment and is no cause for guilt or embarrassment.

Venereal arthritis is part of a group of conditions known as infectious arthritis, which is inflammation of the joint caused by a germ -- a bacterium, a virus, or a fungus. Some cases of infectious arthritis result from food poisoning via salmonella bacteria. Others are caused by viruses such as mumps or infectious hepatitis. Most cases -- including those involving gonococcal arthritis -- can be cured if they're treated promptly, but chlamydia-associated arthritis is less predictable.

Chlamydia -- whether it causes arthritis or not -- can be symptom-free or cause such mild symptoms that a person may not suspect anything is wrong. Men may have a slight discharge and pain during urination, especially in the morning. Women may also have a slight discharge, feel frequent urges to urinate, and experience some pelvic pain. Often, a woman doesn't know she has chlamydia until she has her annual gynecological exam, and then only if her physician tests for sexually transmitted diseases.

The symptoms of chlamydia-associated arthritis also vary greatly. Some people might just have an annoying pain in the knee, or just have one or two joints swollen. But others can be very sick. And some people can go into remission for years.

Of course, very few cases of knee or foot pain in a young person turn out to be arthritis: Most are likely the result of sports injuries or other trauma. But doctors may want to refer patients with chronic, unexplained cases of joint pain for a round of testing for sexually acquired arthritis.

Experts say it's largely a mystery how STDs -- which normally affect only the genitalia -- turn into chronic arthritis.

"One question is, why doesn't everybody get it? We know it has something to do with genetics, but we don't know what it is," says Alan Hudson, professor emeritus of microbial molecular genetics at Wayne State Medical School in Michigan and an expert in chlamydia-associated arthritis.

What is known is that anywhere from two to four weeks after a person is exposed to chlamydia, the bacterium can hitch a ride on a white blood cell that carries it to a joint, where it takes up lodging either temporarily or permanently. Once there, the only way to determine its presence is by DNA analysis of tissue and fluid from the synovium, the delicate membrane that surrounds joints. Hudson's research lab evaluates scores of synovial fluid samples in hopes of determining the source of cases of unexplained arthritis from around the country. Most of the samples are from people in their 20s and 30s.

Some studies have shown that people who develop chlamydia-associated arthritis have a genetic marker called HLA-B27. Two other substances, interferon-gamma and interleukin-10, may also be implicated in the disease. They're both abundant in tissue biopsies from people recently diagnosed with chlamydial arthritis, according to a study in the journal Infection and Immunity.

Treatment includes anti-inflammatory drugs and medications for rheumatoid arthritis. Although it may take a while to find the best combination of drugs, proper treatment can greatly ease pain in the joints and help people with severe symptoms lead a more active life.

The safest way to avoid the STDs (and in rare cases, related joint problems) is to have safer sex at all times. This includes using a barrier, generally a latex condom, while having intercourse and anal or oral sex. (Remember that both chlamydia and gonorrhea can infect the throat or rectum.) You should be tested for infection regularly if you have unsafe sex or multiple partners, and in the case of sexually active teenagers, some experts recommend testing every six months. Talk openly with your partner about your sexual histories. If either of you has engaged in any risky or unsafe behavior, you should both get tested for STDs.

For Heller, who had an unusually severe case, it took years to find some relief, and treatment entailed taking numerous medications and undergoing several surgeries to repair or replace damaged joints and tendons. But for the last two years, his pain level has been manageable. Today he can walk but not run. And he can cook, but he can't meet the physical demands of earning a living at it.

"My problems with my feet made me rethink who I was as a person and how I go about things in life," Heller says. "I was always active and hyper. I had to take smaller steps and move in slower motion. I had to learn patience."