Did I Create This? 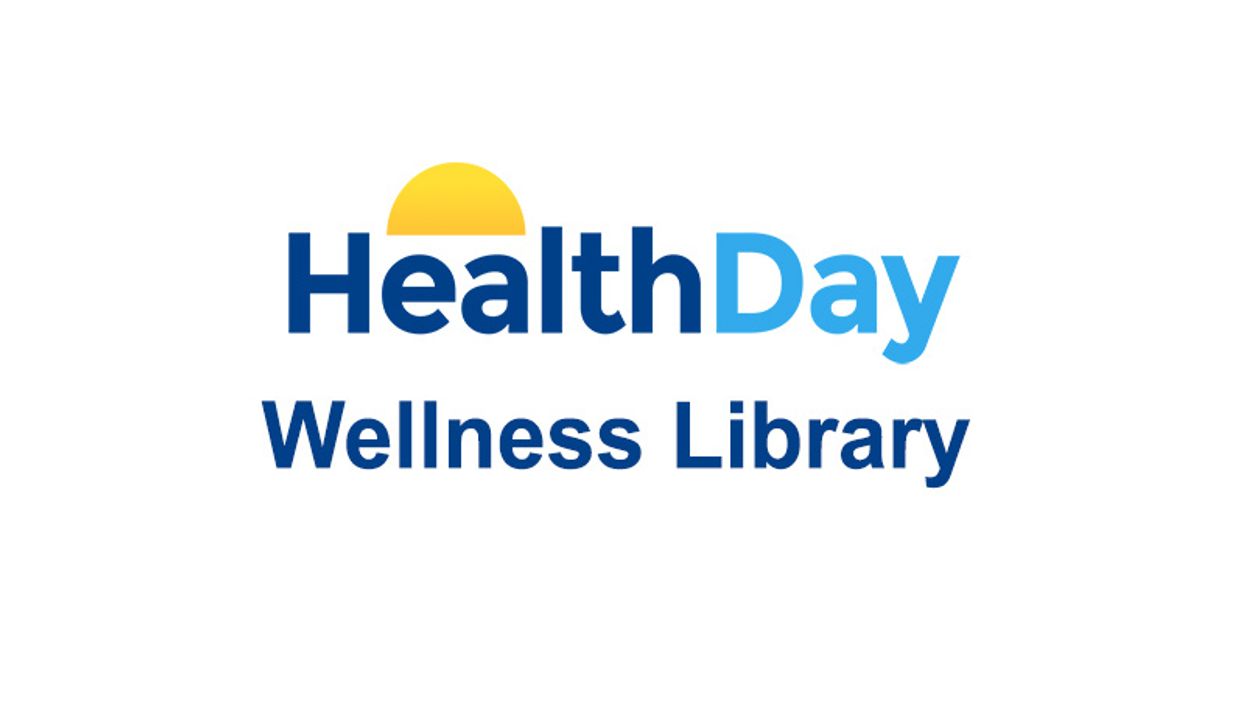 In the Jewish Scriptures, it is written that every 49th year there is to be a Jubilee Year. In the Jubilee Year, all debts are forgiven and everyone is given a fresh start. As I approached my 49th birthday, I knew that something big was going to happen that was going to change my life forever. I never imagined that the vehicle would be breast cancer. While my 49th year was not always as joyful as I'd imagined a Jubilee Year to be, neither was it always painful.

Ironically, through the emotional and spiritual processes that accompanied my year of diagnosis, treatment, and recovery, I now realize that I got everything a Jubilee Year promises and more: all my emotional debts have been forgiven. I am free in ways I never imagined possible for myself.

My Jubilee Year finds its spiritual roots in the day I went for my 13th routine mammogram. I remember that day as particularly rushed. Because I was so certain I was completely healthy, the annual ritual was a major inconvenience. I hurriedly filled in the form, telling them yet again that I had no known history of breast cancer in my family, I didn't smoke or drink, nor did I have any health problems. When the clerk behind the counter couldn't locate my records, I was snippier than I would like to have been.

Imagine my shock when one week later, instead of a postcard from the clinic telling me I was fine, I got a phone call from the physician's office. There was something suspicious-looking in the mammogram that bore looking into further.

From that moment on, the history of my diagnosis of breast cancer was not a textbook situation, where indications were clearly given and treatment a logical outcome. In fact, through a comedy of errors, featuring misplaced mammograms, doctors on vacation, and mysteriously vanishing reports, the lump in my breast that I dismissed as part of my natural anatomy was witnessed by three respected physicians and radiologists who told me not to worry -- and one who told me I should.

I chose to listen to the doctors who told me not to worry -- to come back in a year as prescribed for a routine checkup. But four months after that controversial mammogram, my best friend Susan was diagnosed with breast cancer. I put off a return visit to my physician for another four months. Sure, I could have been more aggressive earlier. I could have paid attention to the one physician out of the pack who sounded the warning bell. But it is also true that I tend to overreact to things. I don't want to be the kind of person who lets fear run her. So I waited it out, hoping it was nothing.

Little had I known that my rushed and rude behavior on the day of my thirteenth mammogram was to take on mythic proportions in my life. How many times did I find myself asking, "Could my breast cancer be punishment for my rudeness that day? Did I think I was so much better than every other woman that I was never going to get a serious illness? What shadowy flaw was there in my soul and psyche that would have made such a diagnosis possible?

In our society, we so desperately want to feel in control of our lives. Self-help books, pop psychologists, and spiritual workshops all deliver the same message: You can learn to call the shots of your destiny. You just have to be strong enough, positive enough, good enough, smart enough, spiritual enough, and you can get what you want.

Even within the cancer culture, celebrity poster people deliver the message that they beat their cancer through the strength of their wills: "If you have the stuff it takes, you, too, will be a survivor and win the war against cancer." It's easy to applaud the indomitability of the human spirit. But there's a price for the applause. For if you can, could, and should be able to kick cancer -- if you do have it within your means to control your destiny -- then why did you create your cancer in the first place?

"Why did you create your cancer?" is a question that lies deep in one's own unconscious. It is also a question that, unfortunately, was asked by supportive family and friends and even well-meaning strangers who gently suggested that I look at the part I played in creating my cancer. A friend delivered her diatribe against modern kitchen appliances with such conviction that, to the dismay of my husband and children, I unplugged the microwave oven and hid it in the garage. The vegetarian at my door assured me that, unlike me, she would never become a breast cancer statistic -- and that if I knew what was good for me, I would swear off meat today. It took several days for me to remember that Linda McCartney, a committed vegetarian, had died of breast cancer. When I mentioned it to my vegetarian friend, she had an explanation: "She didn't stop eating meat early enough."

And then there are the metaphysical explanations. When your family and friends tell you that you were sent this painful situation as a lesson, that it is your karma, a gift, or even punishment, they are trying to be helpful. By proposing that you bear responsibility for your cancer -- not only for what you've done in this life but the last, as well -- the assumption is that you can now do something to fix the situation. Think more positively, cleanse your spirit, and the universe will make the bad thing go away.

In the days after diagnosis, I sought out the one holistic physician in town to see how I might go about supplementing Western medicine. I knew I was afraid and desperate. But I was determined to use every resource within my means to fight this thing.

Despite the mixed reviews this man had received from my circle of friends, I found him attentive to my plight. We talked. He prescribed odd herbs and powders to supplement my diet. Then he turned the lights down and the soothing music up, massaging the tension out of my muscles. As I lay there, beginning to feel trust and hope for the first time since diagnosis, he whispered in my ear, "You do know, don't you, that cancer is nothing more than socially acceptable suicide. None of this will do any good unless you ask yourself: 'Do I want to live or do I want to die?'"

His words sent shock waves up and down my spine. Could it be that my diagnosis was actually the fulfillment of an unconsciously held death wish? For several days I was so ashamed of the possibility, I moped about, keeping what the doctor said a secret. Then, at last, I confided in my husband, Dan. Over and over again, Dan reassured me that my fears were not an indication of how much I wanted to die, but how much I wanted to live.

"But maybe I needed this cancer as a wake-up call or something," I whimpered.

"You can't wake somebody up who's not asleep, Carol," Dan said. "You are the kind of person who gets valuable lessons from all the things that happen to you -- even this. But that doesn't mean that you needed this. From my perspective, what I see is someone who is bringing the same vital spirit to breast cancer that she brings to everything else she does!"

Dan's calming words made sense to me. Of course, it is true that we can learn from the things that happen to us. Often, we can even come to recognize that something good has come out of a situation we would rather have avoided. But did I create this in order to perfect myself in some way? Did God pick me out specially either for punishment or gift? If you cannot speak of lessons and gifts before a starving child in Rwanda, or the innocent victim of a drive-by shooting in Los Angeles, then you should not unthinkingly apply this notion of personal responsibility to breast cancer, either.

At these times you must have the courage to confront the possibility that what happened to you or to others contains no inherently useful meaning whatsoever. Sometimes the only lesson to be gleaned is that life brings with it no guarantees. Things don't always make sense. They are not always deserved. In the end, all we can know for certain is the mystery. We must look elsewhere than the illusion of personal power to find meaning in the midst of suffering.

It has taken every bit of these past several years to accept in the deepest levels of my being that being rushed, arrogant, or rude -- or any of my other sins, real or imagined -- does not cause breast cancer. Nor did I have a subconscious death wish. The fact that I got the phone call instead of the postcard from the clinic this time does not indicate that I am any more cavalier or stressed than my less statistically challenged sisters. Did I create my breast cancer because I worried about finding the best college for my son? Did my nurse create her breast cancer because of her divorce?

The diagnosis of breast cancer is like a Rorschach test. Everybody ascribes the cause to their worst fear. But if each of our worst fears were truly the cause, there would be no woman walking around with both her breasts today. For who among us hasn't had something to mourn, a problem in an important relationship, a sexual indiscretion -- a something! The truth is, medical science simply does not know why any one of us -- let alone so many of us -- is getting breast cancer. They have some data, some thoughts, and some suspicions. But trust me, none of it corroborates any of the personal pet theories I clobbered myself over the head with from time to time after my diagnosis.

The fact that so many of us are willing to ask and answer the question, "Why did I create this?" is an indication of how terrified we are of losing control. The alternative physician did me the greatest service when he voiced aloud my deepest fears. (But once was enough. I never went back!) Because of him, I came to realize that even my fears are an indication of the depth of the attachment I feel to living. Everything I've done in my life, and continue to do, has been for life, not death.

To refuse to take on the responsibility for creating my illness is to admit with deepest humility that I am human and so I am limited. I won't get through my life without butting up against problems. I won't even do breast cancer perfectly. But there is something I now know in the depth of my bones: I would rather live one day in the faith and love of my ordinary, vulnerable life than 100 years burdened by the effort to maintain the illusion of control. Self-righteous vegetarians, past-life therapists, alternative caregivers, cancer poster people: Listen to me! It is not just about winning the battle. It's about choosing to live whatever life one has been blessed with to the fullest. This is our only real responsibility -- not "Why did I create this disease?" but, "Will I create a meaningful life no matter what?"