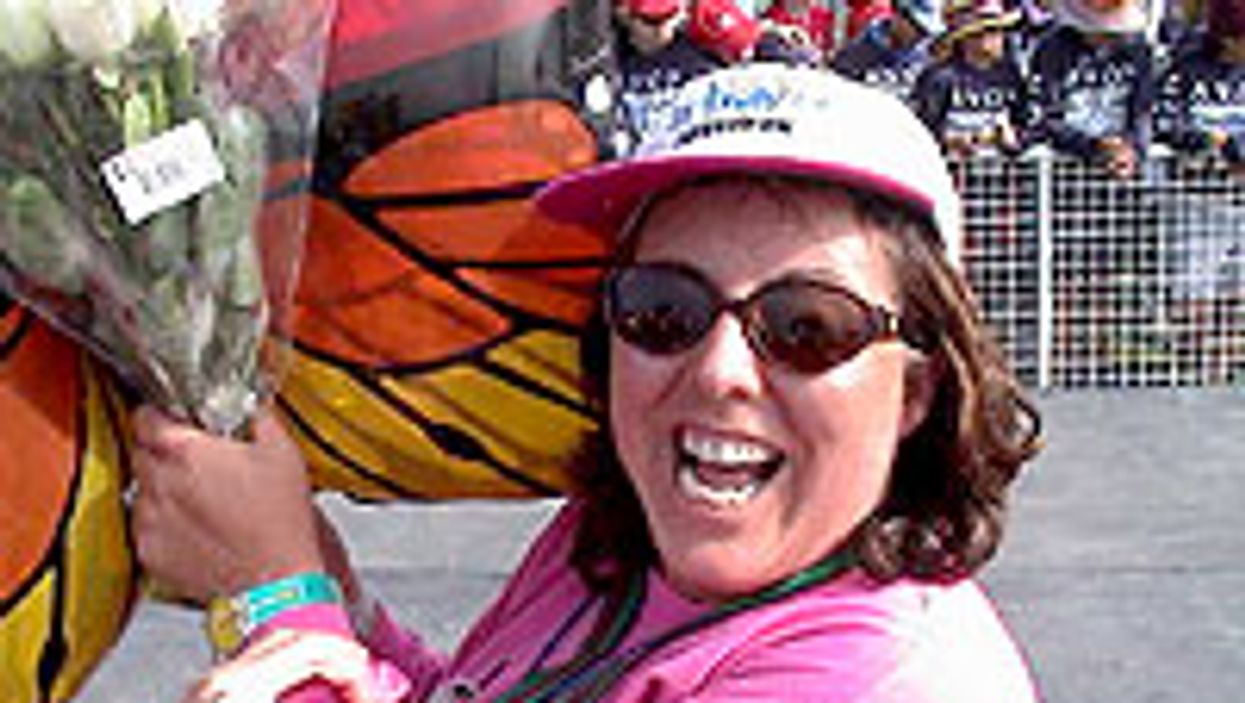 Judy* needed my medical clearance to keep walking. It was a beautiful fall morning in southern California, and more than 2,500 walkers were setting off for the final leg of a 75-mile, three-day walk from Santa Barbara to Malibu to raise money for breast cancer prevention. Judy was suited up in shorts and cross-training sneakers. Pinned to her pink t-shirt was a laminated picture of a young, vibrant woman who looked like she could be Judy's sister.

The previous night, Judy had been wearing the same photo when she walked into the medical tent and said she felt light-headed and cold. I had her lie down on a cot under a solar blanket and sip warm fluids. Half an hour later she wasn't improving, so I sent her to the local emergency room. After receiving intravenous fluids and glucose, she came back looking even paler than the smiling woman in the photograph, but just as determined. Judy's tent mate agreed to look after her for the night, and Judy promised to report to the medical tent first thing in the morning.

The next day she kept her end of the bargain, and as I pulled my stethoscope from around my neck and took her blood pressure, the penny with the angel cutout that hung from it caught the sun. I had given this penny to my mother shortly before she died of breast cancer, and it was now my talisman for this three-day medical odyssey. Judy's blood pressure was 110 over 70 -- normal enough for a young woman -- but after yesterday, I worried about her body's reserves. We agreed that she, along with some other walkers, would be bused to the lunch stop to begin the last day of her walk from there.

I had spent the last two days coming to terms with patients like Judy. Each of them was there to walk 75 miles. Some walked because they had lost friends and family to breast cancer; some walked because they had fought breast cancer themselves. The walkers came to the medical tent in droves to patch up their blisters and get advice about swollen knees, twisted ankles, and muscle spasms.

But these patients didn't want to hear about rest, ice, and elevation; they wanted to know what to do so they could keep walking. None of the walkers was there to quit. They knew all about surgery, radiation, and unending rounds of chemotherapy, and they had learned to keep going. One woman I had pulled off the walk for exhaustion and dehydration sneaked off before the transport van arrived for her. I anxiously searched the rest stop and each of its two dozen portable toilets in case she had passed out inside one, but she was nowhere to be found.

Although I understood this determination, by the end of the event I wondered whether our mothers and sisters and aunts and grandmothers and friends would want us all damaging ourselves for the cause.

In some ways, the woman who had trained so hard only to twist her ankle in a pothole was one of the lucky ones: She was physically unable to finish the walk on crutches and tearfully quit. Other women, like Judy, could screw up their courage -- and their blood sugar -- and with some intravenous fluids, they could feel just good enough to go out and overdo it again the next day. I had little room to talk. I was working 72 hours more or less straight through.

The spirit of the event, like the gastroenteritis we feared from all the port-a-potties, was contagious. We all had something to prove to ourselves and others, and no one was going to make us miss this event. The 17-member medical team worked round the clock to support the walkers' mission. We worked in tents with dirt floors and folding cots, and had little time to talk much about our personal reasons for volunteering. One paramedic had a wife with breast cancer in remission; one nurse worked with oncology patients; I had lost my mother after a nine-year battle against breast cancer.

On the final day of the walk, I spent hours cutting ace bandages in half so that more walkers could wrap their swollen joints. I watched for heat exhaustion, popped huge blisters, and taped detached toenails in place to protect raw nailbeds. As the Pacific Ocean rolled onto the nearby beach, I handed out ibuprofen, moleskin, ice, sunscreen, and Band-Aids. I treated walkers wearing t-shirts that read, "I fought for my life," and "In memory of..." I wanted to tell every walker that the women who inspired us would be honored by our efforts, but I couldn't. If I dipped into my emotions, I wasn't sure I would be able to keep working and supporting the walkers in their goal to finish.

Compared to cancer, the medical problems we faced on the walk were surmountable: one woman had a mild asthma attack, one man forgot to take his blood pressure medicine, two people developed migraines. On the final day, we patched everyone up as best as we could with our basic supplies, packed up the medical tent, and drove to the closing base camp. I checked in with the registration desk to make sure that the walkers I had been tending to had made it.

Judy's name was on the list. I walked over to the medical tent to drop off my gear and found her lying on a cot under a solar blanket. "Did you walk in?" I asked. "I walked in," she said with a smile as bright as my penny.

Note: Names and identifying information have been changed.