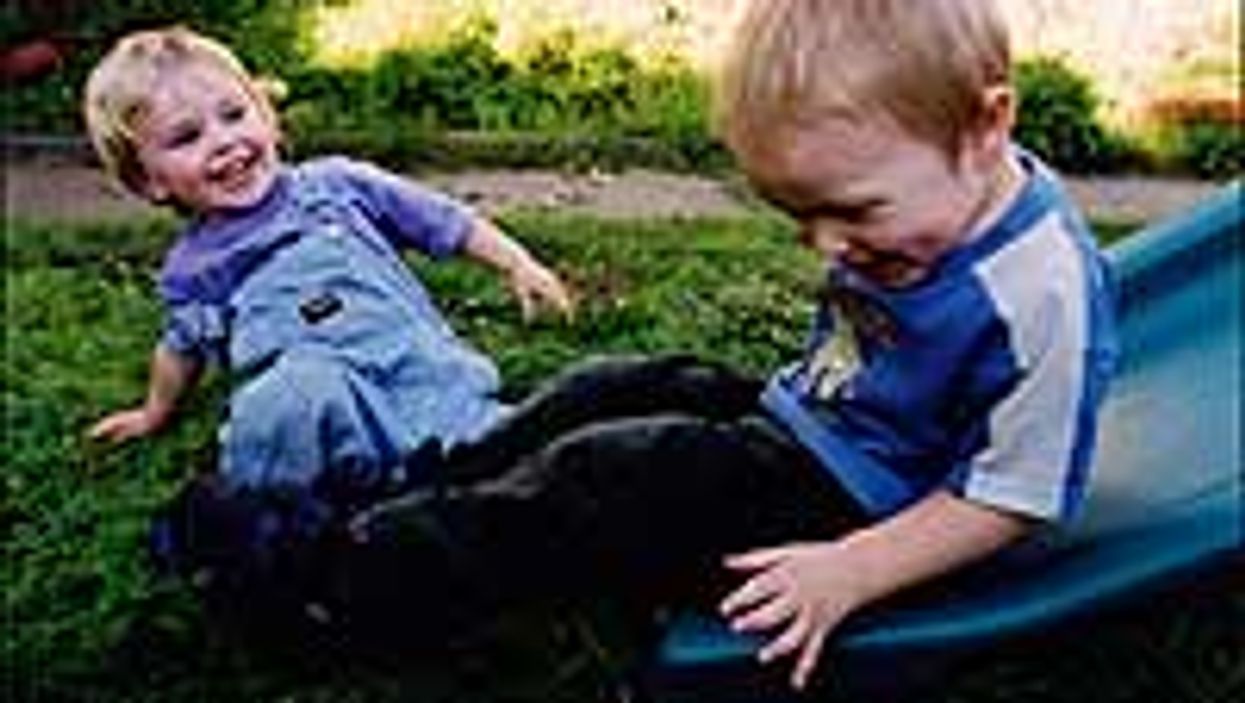 Think back to the happiest moments of your childhood. Chances are, you weren't sitting at a desk or finishing up a chore. More likely, you were running around at the park, jumping in a creek, or building a new civilization in your backyard. For kids of all ages, playtime is the highlight of every day.

Playtime may be fun and games, but that's not all: Child development experts everywhere agree that children learn through play. Unstructured play is essential for healthy brain development, according to the American Academy of Pediatrics. Those tea parties and rounds of freeze tag are a time of discovery, creativity, and accomplishment. Play is so fundamental that the Office of the United Nations Commission on Human Rights considers it a basic right of every child. Unfortunately, not all children are enjoying that right to the fullest.

Even in this country -- where toys, games, and Chuck E. Cheese restaurants aren't exactly in short supply -- quality play time has become increasingly scarce. A report from the Institute for Social Research at the University of Michigan concluded that since the late 1970s, children have lost 12 hours a week of free time, including a 50 percent drop in outdoor free play. Meanwhile, the American Academy of Pediatrics (AAP) has sounded the alarm that "multiple forces" are making it harder and harder for today's kids to get the quality playtime they really need. More than ever, parents and other adults have to do their part to make play a priority.

At its best, play is a whole-body experience that encourages creativity and imagination as well as physical fitness, says Romina Barros, MD, a pediatrician and assistant clinical professor of behavioral science at the Albert Einstein College of Medicine in New York City. From infancy through adolescence, the most fruitful playtimes tend to be unstructured, she says. At recess or at home, free-wheeling playtime gives children a chance to be the masters of their own world. "They learn how to take charge," she says. "Unstructured play gives them a chance to be creative." Some kids might want to dig in the sand while others want to run around. When other kids are in on the fun, the benefits can multiply. "Playtime is what kids really need to foster social skills," she says. "They're sharing, leading, and following."

Of course, parents and other adults can join in. As reported by the American Academy of Pediatrics, playing with kids is a great way to understand their personalities while building memories for both of you. Moving into their world also opens up lines of communication and gives you the chance to offer suggestions and guidance. But adults can and do often go overboard. When adults start making the rules and setting the tone, the creativity can evaporate along with a good part of the fun.

It's becoming a recurring theme in our society: Kids want to have fun, but adults have a habit of getting in the way.

Even recess -- once a given part of the school day -- is no longer untouchable. Largely because of the federal No Child Left Behind Act, school districts across the country have cut back on recess or dropped it entirely to spend more time on reading, writing, and math. To evaluate the situation, Barros and colleagues recently studied the recess opportunities of more than 10,000 eight- and nine-year-olds across the country.

As reported in the February 2009 issue of Pediatrics, the researchers found that 30 percent of kids had less than 15 minutes of recess each day or even no recess at all. Alarmingly, minority children and children from poor neighborhoods were especially likely to miss out on recess at school. "These are the kids that probably need recess the most," Barros says. Many of them live in cramped apartments in unsafe neighborhoods, she explains. For them, recess is their best and maybe only chance to play outside.

Ironically, keeping kids cooped inside all day is a sure-fire way to drag down achievement in the classroom, Barros says. "You can't expect a kid to sit in front of a teacher for four hours. Their brains don't work that way. The teacher's brain doesn't even work that way. Everyone just gets exhausted. Schools are putting so much emphasis on academics that they're forgetting common sense." In their 2009 study, Barros and colleagues found that kids who didn't get time for recess tended to be more disruptive and harder to handle in class. The link between recess and behavior held up even after researchers accounted for other factors such as class size, family income, and other variables.

Of course, school isn't the only place where playtime is taking a backseat. In these competitive, hard-driving times, kids often find themselves going straight from school to karate practice, dance lessons, or some other highly organized activity. While such activities can be fun and educational, some kids are getting way too much of a good thing, Barros says.

Classes and soccer practice just don't allow for the kind of free thinking and imagination that comes with play, she says. As noted in the journal Pediatrics, such jam-packed schedules can be hard on parents, too. Not only are they spending time and money shuttling kids from one activity to another, they're missing out on quality time with their kids -- time that could be spent playing a game, working on a project together, or simply talking.

It seems that rushing children from one organized activity to another may actually undermine strong family bonds -- and children's resilience as adults. "Although no one can be sure what skills will be needed [in the future], certain character traits will produce children capable of navigating an increasingly complex world as they grow older," writes the author of an AAP report on the importance of play for children. "These traits include confidence, competence, and a deep-seated connectedness to and caring about others that create the love, safety, and security that children need to thrive."

"In addition, to be resilient, to remain optimistic and be able to rebound from adversity, young people need the essential character traits of honesty, generosity, decency, tenacity, and compassion," the report continues. "Children are most likely to gain all of these essential traits of resiliency within a home in which parents and children have time to be together and look to each other for positive support and unconditional love."

These days, electronics may be the biggest threat to family interaction and creative, imaginative play. TVs, computer games, and video games suck hours of the typical kid's day. All of these diversions can have a place in a child's life, but they generally don't inspire much creativity or heavy thinking. Studies show that too much screen time in childhood can lead to obesity, attention problems, hyperactivity, aggression, sleep trouble, and poor performance at school.

A nationwide study published in the Archives of Internal Medicine in 2005 concluded that children who watched the most TV before age 3 tended to have the worst reading scores at ages 6 and 7. Another study of 10 boys published in Pediatrics in 2007 found that playing a video game for an hour in the evening interfered with sleep and hampered memory skills the next morning.

With so many forces cutting into playtime, there's no single approach that will give kids the breaks that they need. Some threats to playtime are especially hard to fix. Children living in unsafe neighborhoods simply don't have many chances to play outside. Parents can complain about the lack of recess at their school, but they'll need to organize and lobby to change the system. Still, there are many things parents can do at home to encourage play in their child's life.

For starters, parents can limit screen time in the house. The American Academy of Pediatrics discourages TV viewing for kids under two. Older kids shouldn't be allowed to watch TV or play computer or video games for more than two hours a day, and they shouldn't have a TV in their bedrooms. When the electronic devices are turned off, parents can encourage children to play with things that foster the imagination, including blocks, dolls, and art supplies. Kids age two and a half and older should have regular "play dates" with other neighborhood children. As kids get older, parents should take a hard look at their schedules. Do their kids really have enough time to relax, be themselves, and do their own thing? If not, it may be time to cut back on after-school activities.

Children will always have plenty of time to sit, learn, listen, and follow rules. What they need is more time to act like kids.