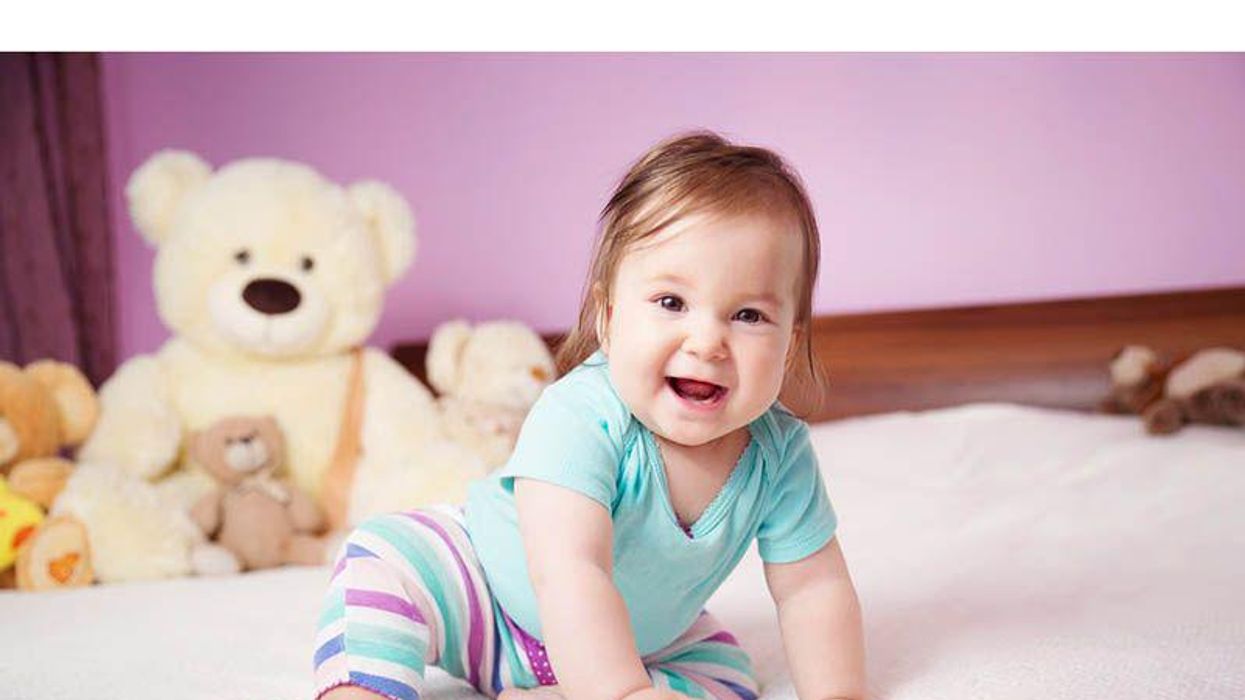 Your baby used to live in his own little world, but he's quickly turning into a social butterfly. He's starting to join in conversations, and he uses sounds and gestures to encourage you to pick him up and play with him. (If he doesn't seek attention in these ways, be sure to tell his doctor or nurse practitioner.) He's just beginning to realize that people will respond to his actions. And the response he needs most is consistent, loving physical affection.

He's also getting more discriminating in his tastes. In the first few months of his life, he didn't really seem to care who took care of him. As far as he was concerned, a random person off the street could do the job just about as well as mom and dad. But now, for the first time in his life, he may be afraid of unfamiliar faces. He may not want to be in anyone else's arms but yours. Even loving grandparents or aunts and uncles may now seem threatening.

"Stranger anxiety" is a normal, natural stage of development. It's your baby's way of telling you that you're special in his life. It's up to you to help him become more comfortable with others, including caregivers and others who are with him much of the day. When introducing him to a new person, give him plenty of time to warm up. If you smile at the new person and talk in a friendly voice, your baby will read your cues and probably drop his guard.

Your baby's growing attachment to you is also related to another type of fear that develops around the age of seven months: the fear of being out of your sight. He may cry when you leave the room or give you a death grip when you try to drop him off at daycare. Psychologists call this "separation anxiety."

You may be worried that your baby has become too clingy or dependent, but separation anxiety is actually a healthy response. It's a clear sign that you've successfully established a secure, loving bond. He has quite rightly recognized that you are the key to his safety and happiness.

You can help ease your baby's anxiety with constant reassurance. If you step into another room, comfort him with your voice. If he's reluctant to explore a new place, tell him it's OK and let him control his own pace. Also keep these needs in mind when choosing other caregivers. If you make sure they are all loving and nurturing, he'll eventually realize that you're not the only person he can trust.

It's interesting that stranger anxiety and separation anxiety seem to occur at the same period when the baby is becoming increasingly mobile. It may simply be nature's way of ensuring that your increasingly mobile child does not wander off too far on his own.

Babies need plenty of love and physical affection at this age, but by the end of the seventh month when memory span increases, they're also old enough to require some discipline. Now is the time to set limits and establish your authority. Reward him for good behavior and gently redirect him when he's doing something wrong. If he starts crying for no good reason, give him hugs and praise when he calms down. If he starts up again, talk to him calmly but firmly. But at this age, it's wise not to have very high standards for behavior, or else you just may get extremely frustrated. The right amount of affection and discipline will help your baby understand his place in the family. It's a place of honor, and he deserves it.

Sears, William and Martha. The Baby Book: Everything You Need to Know About Your Baby From Birth to Age Two. Little, Brown and Company.