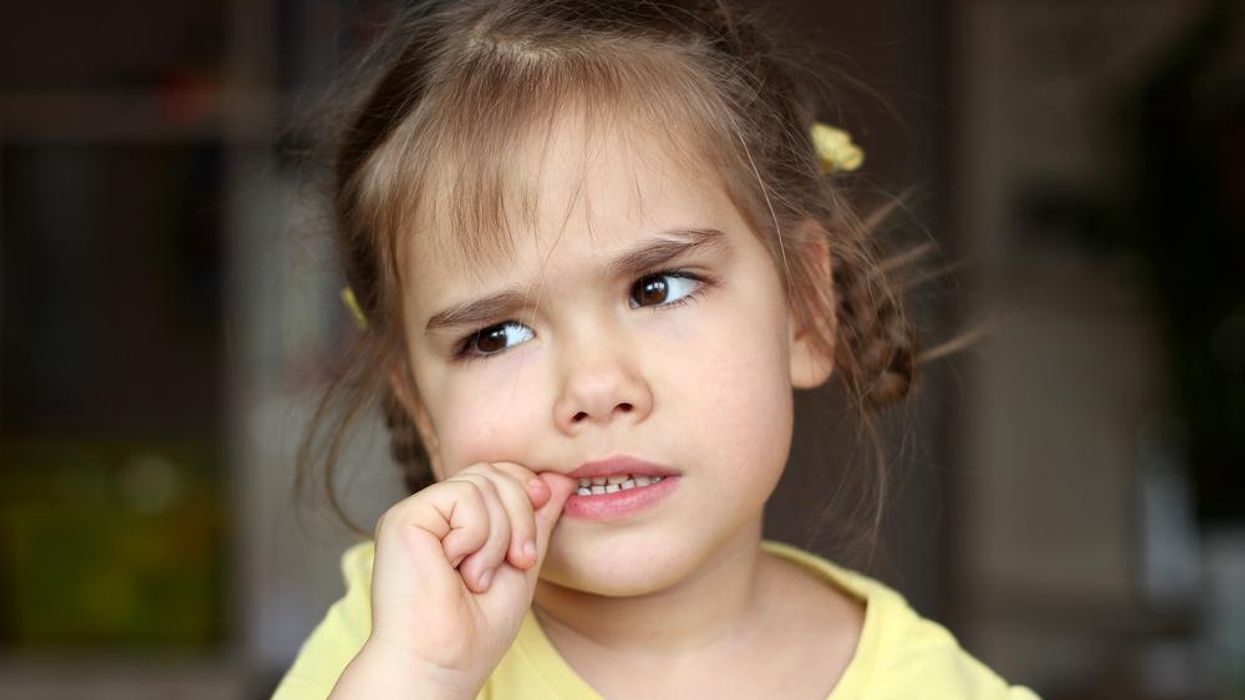 Why does my child bite her nails?

Nail biting is one of the somewhat misnamed "nervous habits," which also include thumb sucking, nose picking, hair twisting or tugging, and tooth grinding. But anxiety is only one reason children bite their nails; your child might be doing so for a number of other reasons -- out of curiosity or boredom, to relieve stress, to pass the time, or from force of habit.

Of all these habits, nail biting is the most common and the most likely to continue into adulthood. About 30 to 60 percent of elementary school students and 20 percent of adolescents bite their nails, at least for a time, and between one-quarter and one-third of college students say they still bite their nails. Nonetheless, most children will eventually stop or at least limit the behavior on their own, either because they lose interest or because their classmates tease them into quitting.

How can I stop my child from biting her nails?

You probably can't. Nagging and punishing her won't help, because nail biting is an unconscious habit -- she probably doesn't realize she's doing it. Similarly, if your child is in the throes of toddler contrariness, she might respond to pressure by embracing the habit rather than abandoning it. You can't do much until she's old enough to want to end the habit herself, usually sometime in the early elementary school years.

You aren't completely powerless, though. If you can identify times and places when your child is particularly likely to bite -- while watching television, for example -- you might try giving her a substitute activity (a rubber ball that she can squeeze or finger puppets to play with) and reminding her to use it. Keeping her fingernails short and snag-free may also help. But as long as your child isn't hurting herself, your best bet when she's this young is to ignore her nail biting: the less fuss she associates with the habit, the more likely she'll quit on her own when she's ready.

As indicated earlier, the term "nervous habit" is something of a misnomer: Children, like adults, often bite their nails unconsciously, simply because they're there. Even if your child seems to bite her nails more often when she's worried or tense, this doesn't necessarily signal a problem; she may be using nail biting as a self-calming mechanism, much like sucking her thumb or a pacifier. A tendency to pick up this habit may even be inherited; children of nail biters are more likely to bite their nails, and identical twins more commonly show similar nail biting behavior than do fraternal twins.

In some instances, however, nail biting -- or a constellation of behaviors that includes nail biting -- can signal nervous tension that's crept above normal levels. For example, if your child bites her nails so intensely that she's hurting herself (tearing the nail bed or bloodying her fingertips), or if she bites her nails and also pulls out her hair or eyebrows, you should discuss this with her doctor.

Most children, though, choose one or two habits for their own (thumb sucking and nose play is a common combination), indulge in them moderately for a while, and then give them up. So if your toddler nibbles her nails while rubbing her left ear, there's probably nothing to worry about.