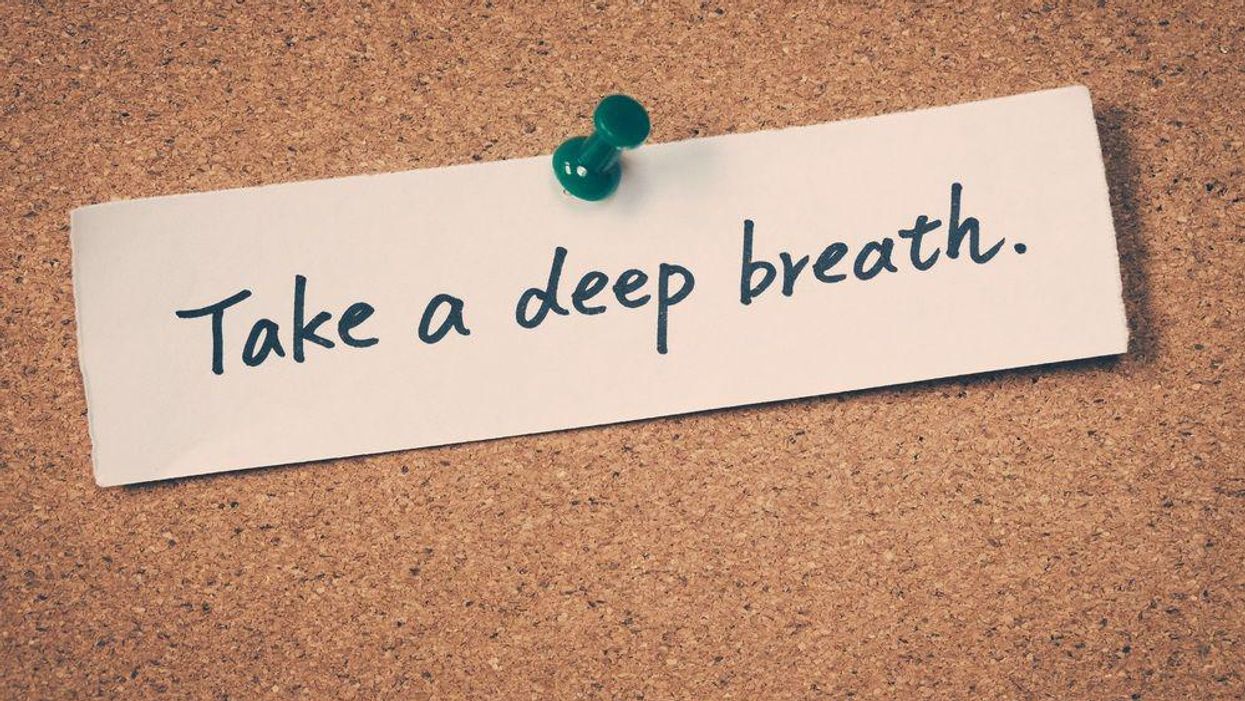 Anger is a signal, and one worth listening to.

-- Psychologist Harriet Goldhor Lerner, in The Dance of Anger

Anger is a perfectly normal, healthy emotion -- and a warning that we should pay attention to. It can indicate that we're being harmed, that our needs aren't being met, and that we're compromising too much of our own values in a relationship. It may mean that our rights are being trampled on or that we're giving too much at the expense of ourselves. It may also signal that other people are doing so much for us that it's interfering with our own growth. Anger can tell us when we need to say "no" to maintain our own integrity.

But when anger gets out of control, it can be destructive. Studies show that frequent, excessive bouts of anger are often associated with depression. The reason may lie in the way many of us express anger.

The Myth of Venting

There's a myth that simply "venting" your anger will always make you feel better. In reality, it often makes you feel worse. When you feel a rage coming on, a better tactic might be to take a breather and ask yourself what you're really angry about, what the problem is, and how you can communicate your anger without being hostile and attacking.

Simply venting your anger doesn't solve the problem; in fact, it will usually reinforce tired old patterns in a relationship and maintain the status quo, according to psychologist Harriet Lerner. Sometimes it helps to just vent some anger (without being abusive), but it usually guarantees that nothing will change. As Lerner points out in The Dance of Anger, "Feelings of depression, low self-esteem, self-betrayal, and even self-hatred are inevitable when we fight but continue to submit to unfair circumstances, when we complain but live in a way that betrays our hopes, values and potentials, or when we find ourselves fulfilling society's stereotype of the nagging, bitter, destructive [person]."

And rage doesn't necessarily disappear when depression sets in. In fact, mood disorders may just add fuel to the fire. According to a recent report in the Journal of Clinical Psychiatry, about one in three depressed people are also openly hostile. Often, the hostility is accompanied by guilt, anxiety, suspicion, and worries about health. In addition, many depressed people have "anger attacks." The slightest annoyance can cause a racing heart beat, sweating, hot flashes, and tightness in the chest.

The mix of anger and depression can be explosive. More than 60 percent of depressed patients who have anger attacks say they have physically or verbally attacked others during their fits of rage. Even more worrisome, a study published in the Journal of Consulting and Clinical Psychology found that when the severity of depression increased by 20 percent, the odds of being "severely aggressive" to a spouse jumped 74 percent.

"Angry people keep others at bay," says psychologist Matthew McKay in his book When Anger Hurts. "But in doing so, they experience less support, less enjoyment, and a greater sense of loneliness than their non-hostile counterparts. For many people, the price of anger is isolation. Friendships are distant, love relationships severed."

Like Lerner, McKay and his coauthors stress that the emotion doesn't have to exact this toll. In particular, they emphasize the importance of taking personal responsibility rather than seeing yourself as a victim of other people. The authors suggest stopping hostility before it starts by being aware of its "triggers" and of the physical signs and cues you feel just before anger strikes (such as an increased pulse rate, heavy breathing, a tightness in the gut, clenched fists, or tension in the jaw). React to these symptoms of stress by taking at least 10 deep breaths, massaging a tense part of your body, changing your posture and stretching, or leaving the room. To stop a fight from escalating, you and your partner can both agree to respect a call for some time off. Then, when you're ready to talk, try negotiating for what you need.

If that doesn't work, the authors suggest figuring out how to meet your own needs. If you're angry, say, because a close friend seemingly ignores you every time she develops a new love interest, the authors say, talk frankly about it and say that you feel discarded with each new relationship. Then suggest getting together once a week. Also, expand your circle by making plans with other good friends -- developing new sources of support and appreciation is better than making demands on someone unable or unwilling to give you what you want.

The answer isn't to hold all your anger inside. If you constantly "repress" your anger, it's more likely that it will build up, volcano-like, until you explode in a self-defeating rage or fight.

Other ineffective approaches to anger include blaming your partner (or someone else) or using silence and emotional distance to convey your hostility. This not only provokes unhealthy anger in return, but it makes it more likely that your feelings will be written off as unreasonable or even "crazy."

A roadmap for dealing with anger

Lerner suggests the following "do's" and "don't's" when you're feeling angry:

Speak up when an issue is important to you. This doesn't mean that you have to make a case out of every minor irritation that comes your way, but that you take a stand on issues that would make you feel unhappy and resentful if you remain silent.

Take a time-out. Sometimes a good fight clears the air, but more often it just reinforces old patterns. If you feel anger so intense your heart is pounding, ask for some time to sort things out before talking about it. Do this in another part of the house or go outside -- away from the person to whom you were directing your anger initially. Take as much time as you need to calm down completely before returning.

Figure out the cause of your anger. Ask yourself what the real issue is, what about the situation is making you angry, what you think and feel, what you want to accomplish or change, who is responsible for what, and what the things are that you will and won't do. "These may seem like simple questions, but it is amazing how frequently we march off to battle without knowing what the war is about," Lerner says.

Fight fair. Don't blame, label, threaten, diagnose, preach, ridicule, order, or make ultimatums. No matter whether you grew up around these underhanded tactics, try to never use them in an argument, Lerner says. Most importantly, don't be contemptuous or put the other person down. Psychologist and marriage researcher John Gottman has found that expressing contempt for a partner to be one of the biggest predictors of failure in a relationship.

Incorporate "I" language. Use the word "I" when expressing your feelings, as in "I feel this when you do X." This is less likely to make the other person defensive than blaming and criticizing ("You never do what you say you will," "You make me sick.") Lerner advises people to watch out for "pseudo-I's," as in "I think you are selfish and self-centered." Avoid labels as well ("You're so stingy") and try not to diagnose the other person and tell him what he or she should do or feel.

Be specific. Vague requests like "I need you to be more sensitive to me" aren't helpful unless you give examples of what you mean. (" I just need you to listen to me; I'm not looking for advice.")

Allow for differences of opinion. Don't fight about who knows the absolute truth; you can both agree to disagree. And you don't have to win every fight. If someone discounts your feelings, Lerner suggests saying something like, "Well, it may seem crazy to you, but this is how I feel."

Realize that each person is responsible for his or her own behavior. If you're angry at your child or in-laws, don't rail at your spouse: It's up to you to find a way to address the situation.

Don't tell people how they "should" feel. It may be tempting, but refrain, too, from criticizing or diagnosing someone's feelings. That doesn't mean you are to blame for those feelings, of course. If someone is angry at a decision you've made, Lerner suggests acknowledging the anger in the following way:

"I understand that you're angry and I might feel the same in your shoes, but I've thought this over and this is my decision."

Don't channel your feelings through a third party. Instead of telling your partner, "Our son was so upset when you worked late and missed his school play," say "I'm upset: You're important to me and I really wanted you to be there."

Remember that change takes time. Don't expect quick results from a few confrontations: you'll get tested again and again. Be prepared for this and you won't be as likely to get riled up.

Managing your anger constructively means that you don't have to let your temper get the best of you. Even if you're the type of person who does a slow burn in traffic, you can find a way to control your anger before it leads to depression.

If you're already depressed, an antidepressant such as fluoxetine (Prozac) or sertraline (Zoloft) can help prevent anger attacks. If you want to control your anger before depression sets in, you'll have to take a close look at the roots of your anger and the effect it has on your life.

In his classic book Feeling Good, psychiatrist David D. Burns lays out an effective strategy for dealing with anger. Instead of fuming silently or ranting, he recommends defusing needless anger before it ever starts. With a more positive mindset, you can face situations calmly that once made you furious. Like Lerner, Burns warns that objects of your wrath will rarely be humbled or understanding -- instead, they're likely to be hurt, defensive, and hostile. He recommends examining angry thoughts to see if there's any distortion (that is, if your friend who cancelled a lunch date was really trying to hurt your feelings, or if there is another possible explanation). He also suggests trying to look at things from other people's perspective to see if matters are as unfair as they first seem.

The American Psychological Association offers these additional tips for dealing with anger: When you feel anger building, take a few breaths deep from your belly and slowly repeat reassuring words such as "relax." The APA also advises staying away from situations that make you angry. If getting caught in traffic makes you furious, for example, try changing your schedule to avoid rush hour. Next, find a release for your anger. Instead of yelling, try talking it out. You may also want to burn some of that excess adrenaline by lifting weights or taking a jog around the neighborhood. Finally, if you still have trouble handling your anger, consider counseling or classes in anger management. A therapist can help you express your feelings in a more healthy way.

American Psychological Association. Controlling anger before it controls you.

Lerner, Harriet Goldhor, Ph.D. The Dance of Anger: A Woman's Guide to Changing the Patterns of Intimate Relationships. Harper and Row.