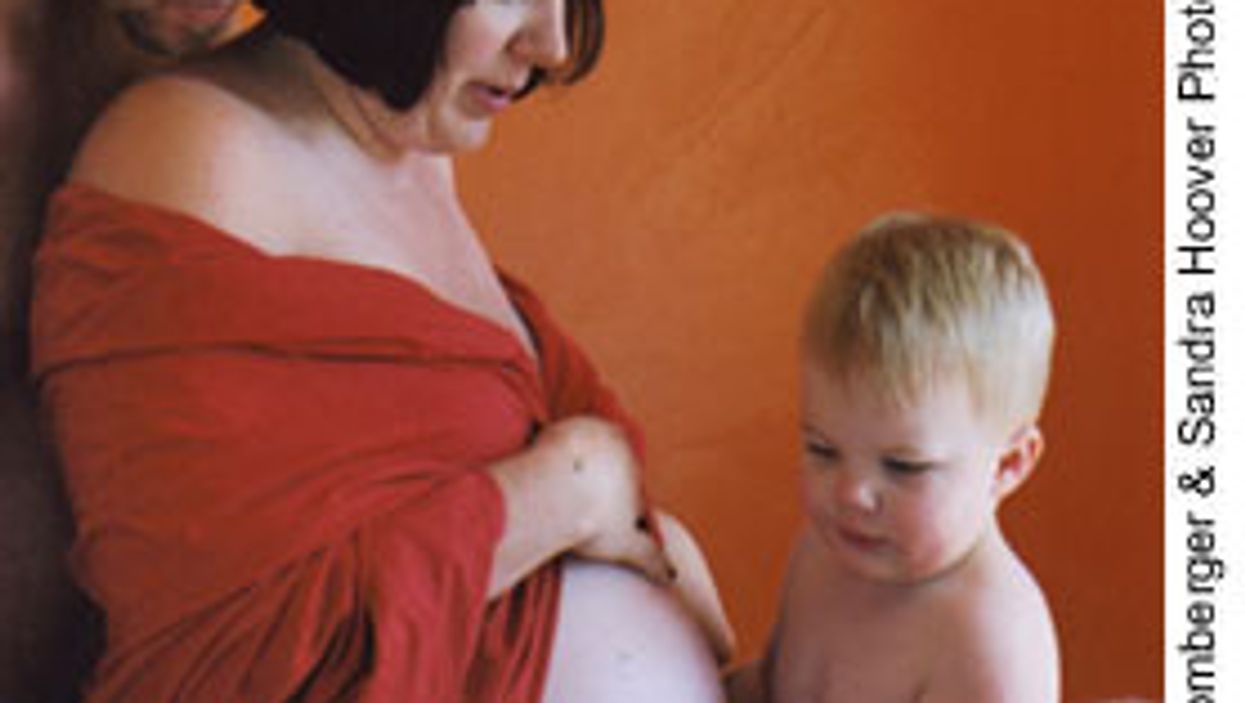 Josh Kraft and his wife originally planned to have their first baby in a hospital. But as the months went by, the idea seemed less and less appealing. "My wife wanted to control things," Kraft says. "She didn't want a doctor saying, 'Well, it's 5:30 on a Friday, let's move this thing along.'" Eventually, they decided to have the baby at home, where they could be in charge -- at least until the baby arrived.

While Kraft welcomed a home birth, many other dads are frightened by the very thought. "Dads may feel like they're on their own during a home birth, and that can be scary," says Susan Cassel, a certified nurse midwife in San Diego who has supervised many births in homes as well as hospitals. "They're afraid that they'll be relied on to do a lot more."

A source of support

In reality, dads have essentially the same role during a home birth as a hospital birth, says Nancy Draznin, a childbirth educator and doula living in Genesee, Idaho. Dads don't have to boil sheets, mop up blood, or stick their hands anywhere they don't want to, but they'd better be ready with some encouraging words. "Dads are the main source of emotional support," she says. "Tell her you love her; tell her she's doing a great job. Give her as much physical contact as she wants. Your physical presence is more important than anything else."

Home births take a little extra preparation, but not much. Midwives provide a list of supplies to keep on hand, including suction bulbs, pads, and a plastic sheet to put over the bed. Now that it's possible to order entire birth kits over the Internet, turning your home into a birth center is about as difficult as ordering a new book.

Having a home birth makes it easier for dads to focus on what really matters, Draznin says. They aren't mesmerized by monitors or intimidated by people in white coats. As long as their regular household duties aren't pulling them away, they can give their full attention to their partner. "They need to be sure that someone else is running the house and watching over the other kids," she says.

Before a dad can really do his job, he has to be comfortable with the process, Cassel says. If he's nervous about having the baby at home, he won't be able to comfort his partner. Ideally, moms and dads should get on the same page long before labor starts. A dad can often ease his concerns by helping to interview prospective midwives, she says.

Common questions include the midwife's qualifications, what problems she's seen, and what happens if something goes wrong. Ask your midwife about her back-up plan in case of an emergency. (Most midwives work closely with an ob-gyn and consult her if there's a problem.) Find out ahead of time the name of the doctor (or doctors group) and the hospital she is affiliated with. In addition, ask for references. Once a dad and his partner finds someone they both trust, he can relax.

Of course, in rare cases, the dad may have to step in as the mother's advocate if she is in pain or needs help and is unable to ask for it herself. He may even be the one to call 911 if he and the mother feel that there is an emergency and the midwife refuses to consult a doctor.

When Michelle Mayr,* a freelance health writer in San Rafael, California, had her second child, the veteran midwife she hired became ill and turned the case over to a less-experienced colleague. After a long and grueling labor, Mayr delivered a healthy baby girl, but she herself was listless, in pain, and, as it turned out, bleeding internally. The midwife dismissed her repeated requests to call a doctor, urging Mayr to rest and breastfeed. Alarmed by Mayr's pallor and plummeting blood pressure, her husband finally ignored the midwife's protests and called an ambulance.

By the time the family arrived at the hospital, Mayr had lost almost half the blood in her body and her blood pressure was dangerously low. It took a week in the hospital and many weeks of bedrest to recover. Her doctor later said that if her husband hadn't made the emergency call, the young mother could have died.

Not frightened by birth

For his part, Kraft was never frightened by the thought of birth. (It probably helped that he grew up on a farm.) He and his wife also had complete trust in the midwife.

After his wife started going into labor, Kraft's one and only job was to give her love and encouragement. He held her hand, looked into her eyes, and told her she was doing great.

About six hours later, Kraft got to experience the real difference between having a baby at home instead of the hospital. At the hospital, doctors are almost always the first ones to grab a newborn. At home, dads have the chance to make the catch of their lives. "His face fell into my left forearm, and I caught him by the crotch," Kraft says. "He was the coolest thing I'd ever seen."

Kraft held his son to his chest and then handed him to his mother. The best part was that "the midwife took care of the messy stuff," he says, including all of the cleaning. The two new parents had more important things to do.

* Michelle Mayr is a pseudonym, but her home city and other factual details have not been changed.

Interview with Nancy Draznin, a childbirth educator and midwife living in Genesee, Idaho.