You may have to kiss a lot of frogs before you find your prince or princess, but it can be worth it 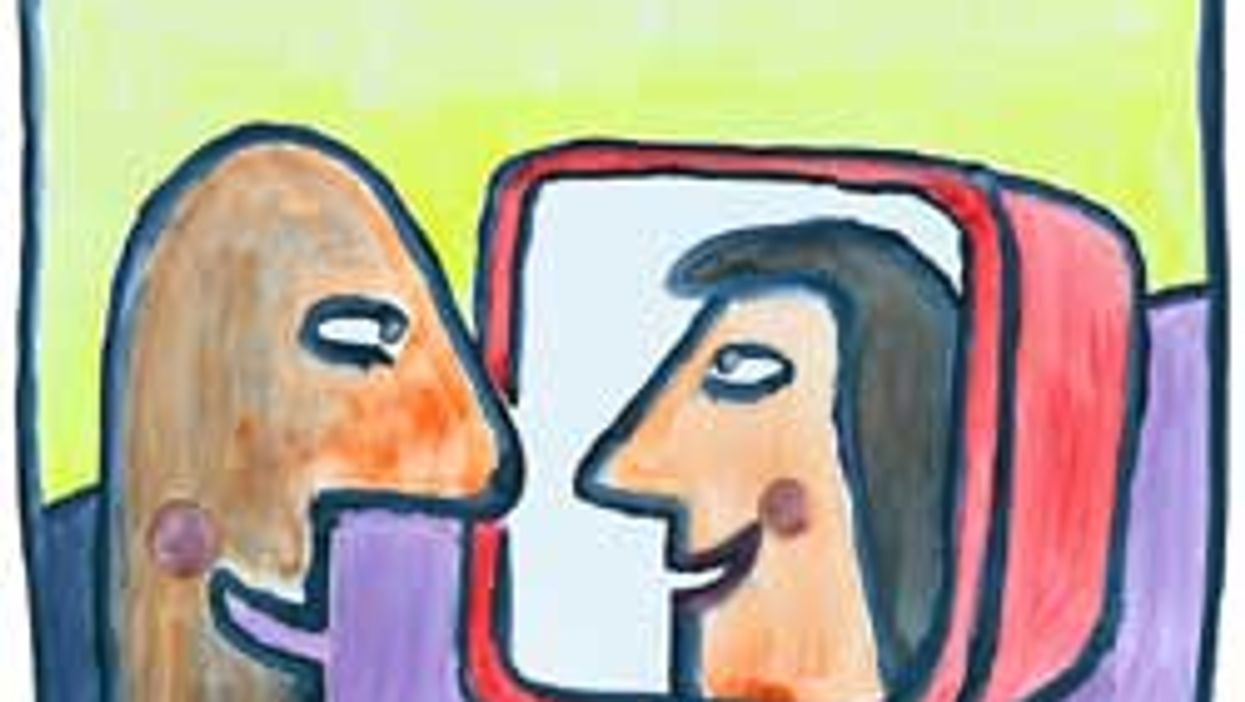 Among those people who are online, there is a rich narrative of Internet romance, from marriages forged between local college students to marriages betrayed through virtual relationships. Even in heartland territory like Oklahoma City, the stories are everywhere.

Rick, a 26-year-old aspiring musician, is engaged to a woman he met through the Internet. Andrew, a 22-year-old waiter, found something else: a long-distance relationship with a Florida woman, who revealed only after several meetings that she was married. "She would come to visit about once a month, and she would always tell me about this guy who was her roommate, who was gay, and who just happened to have the same last name," Andrew recalled bitterly.

Personally, Andrew is skeptical about going back to the Internet to find a date, but all around him, everyone is doing it. The chef in the restaurant where he works is a 35-year-old divorced woman who has been corresponding with a man in Florida, mulling over whether to take him up on an invitation to visit. And, Andrew says, every last one of his single friends in town is looking for love or friendship online.

Yet none of these people had joined, or even visited, an online dating service. They all used Internet chat rooms, where they found that regardless of what the topic of discussion was supposed to be, it always seemed to turn to matters of the heart. And it was free.

One specialized site that has had particular success is JDate.com, part of the MatchNet network of dating sites, which has helped Jews from Los Angeles to Jerusalem find Jewish partners. In cities like New York, the term JDate has come to be regarded as an obvious place for unattached Jews to look for mates.

Self-described nice Jewish boys Michael Mandelberg and his brother, Josh, both found their future wives on JDate within months of each other, shortly after they had finished school and returned to their native Los Angeles.

Michael, a 25-year-old who works in marketing, said he first learned about the site from his older brother when he was in medical school in San Francisco, where he was not meeting a lot of nice Jewish girls. While Josh ultimately met and become engaged to a woman who had attended his same high school, Michael met a girl who was still in college but not enamored of the college social scene.

"It wasn't easy for me because I was a little reserved," said Janice Mandelberg, a couple of months after the wedding to Michael. "You are surrounded by so many different people. I think that intimidated me a lot." The Mandelbergs also have a younger brother still in college, and they sometimes joke that they would be three-for-three if he also marries someone from JDate.

JDate also serves to provide a critical social outlet for those living in places where the Jewish population is thin. When Dina Tanners discovered JDate, she was a 52-year-old divorcee who, in the eight years since she had split from her husband, had found few men to date in her hometown of Spokane, Washington.

Although Tanners eventually became another JDate success story, it was not an easy or pain-free process for her. First, there was the application, which took her six weeks to fill out. Like so many people who toy with the idea of online dating but can never seem to follow through, Tanners did not know what to say about herself. The JDate registration form includes many questions that require thought -- some people even call them essay questions -- such as a description of an ideal first date.

Tanners had not been on a date in 25 years and was stumped. Then there was the hard truth that being a woman in her 50s: she did not have an abundance of men writing to her. When she finally worked up the nerve to reply to one man in Seattle, and then to take the extra leap of phoning him while on a trip to visit her mother, Tanners was sorely disappointed. He never returned the call.

Yet Tanners was resilient, and when she heard from her second JDate suitor, she had a good feeling right away. He sent her a photo of himself wearing a sweatshirt that said, "Too Many Books, Not Enough Time," and a yarmulke. She found both the suggestion of intellect and the strong Jewish identity appealing. In an early correspondence, he explained that while he was not an Orthodox Jew, he wore the yarmulke to show the world that he was not in any way ashamed of his identity. There had been an uncomfortable incident during the Gulf War of 1991 when a coworker had suggested that he hide the fact that he was Jewish. Instead, he had chosen to advertise it.

"That fit in very strongly with my own Jewish identity," Tanners said. The next time she traveled the 300 miles to visit her mother in Seattle, she had better luck on the social front. Her correspondent, Howard Cockerham, followed through with his plans to meet her and showed up in the same attire as in his photos. They stayed out talking until 2 in the morning.

"I woke my Mom and said, 'I met the nicest guy!" Tanners said. "I had never done that in high school." Tanners, who eventually married Howard, had a strong offline, even old-fashioned, component to her courtship from the start. After she met Howard in Seattle, but before she invited him to come and visit her, she contacted her local rabbi to quiz him on the Jewish community in Cockerham's hometown of Bellingham, Washington. He contacted the Bellingham synagogue, and it was not until she received a favorable report that she decided to go ahead with the visit.

Of course, for every tale of online dating success, there is a horror story. Bernando Carducci, a professor of psychology at Indiana University, says the Internet seems to prevent people from moving from superficial conversation to deep honesty, the way they usually do in the offline word.

"Here is the problem with the Internet that I found," says Carducci. "When we asked people how true they were in describing themselves, there was really no relationship between the amount of time they had spent interacting and how honest they were. You might think the more time you spend talking to someone online, the more you could trust them, but we found no relation. Offline, there is a check on that."

Merri, a New York City journalist who found her husband on her second Internet date, sees it differently. She did have one bad Internet date. "He was a total loser, weirdo, creepy guy," she says. "I was so demoralized and depressed, but I decided to keep doing it." And that perseverance ultimately led her to adopt a more positive take on the online dating jungle. As she sees it, one of the best things about Internet dating is that it lets you move on from your disappointments more quickly.

"Everyone knows you have to kiss a lot of frogs to meet your prince, but the Internet speeds up that process," she says. "You can go through nine frogs in two weeks rather than two years."