The Egg Factor in Fertility 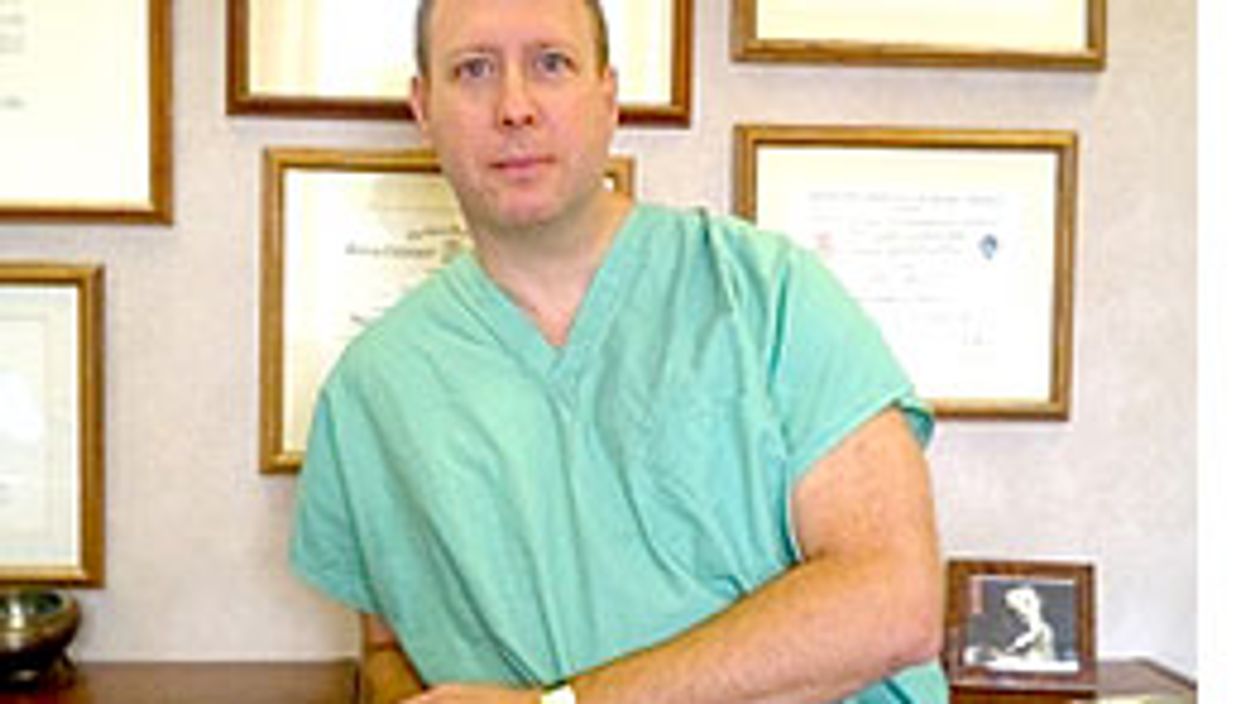 The concept I describe most frequently to anyone interested in fertility is that of ovarian reserve, or the "egg factor." As of this writing we are quite capable of bypassing the problems of poor quality sperm, low sperm count, and problems stemming from dysfunction or disease of the female reproductive system such as endometriosis, or tubal disease.

Still vexing, though, is the problem of women in the reproductive age group whose eggs do not seem to respond to the tools that we have available. Eggs are not replaceable. Women are born with all of the eggs they will ever have, and the number of eggs rapidly depletes as women age. Even before a first menstrual period, the number has shrunk from the millions present just before birth to the hundreds of thousands, and many more are lost monthly. Each menstrual cycle sees hundreds of eggs start the journey to maturity, a journey that only one or two will complete successfully. Each woman's ovaries have their own rate of egg depletion, a sort of ovarian career that lasts from puberty to sometime before menopause.

Over time, the chance of conceiving in any particular month drops. For years we debated whether this decline was a result of the aging ovaries or the aging uterus, but the discovery that a woman's reproductive potential could be greatly increased by the use of donated eggs demonstrated that the eggs, and not the uterus, were the cause of the decreased fertility.

Why would that be so? Think about what an egg is and what it does. Compare an egg to a sperm cell, which is essentially a DNA-filled Ziplock bag with a tail. Its job is to deliver DNA to the egg and safely usher it inside. A good sperm cell contains normal DNA and has an effective way to gain entry into the egg. This process is so inefficient that nature sends millions of sperm cells out for each egg, to insure that one individual sperm cell gets the job done. Once the sperm has delivered the male DNA, however, the egg itself has to do the important work. It must provide an environment for the effective combination and replication of the now combined male and female DNA, and it must split again and again in an equal fashion.

A "good egg" has two functions: it must have good normal chromosomes, and it must let those chromosomes combine with those from a sperm cell and subsequently divide efficiently. The cause of the difficulty that women experience with fertility as they age are eggs with abnormal chromosomes or eggs with cytoplasm (the non-DNA containing portion of the egg, in a simplified but not entirely accurate explanation) that cannot foster the effective distribution of chromosomes as they split.

Unfortunately, egg quality is not easy to judge. Although egg quality declines as women get older, going by a woman's age is not enough. Two women at the same age can have vastly different possibilities of conceiving on any given month. Differences seem particularly wide in the 36- to 41-year-old age group. And while we can easily look at sperm, look at its shape and watch it swim, we can directly view eggs only after they have been somehow removed from the ovaries in an unnatural way.

We have to look for our clues to egg quality in indirect ways. One possible way is by observing the menstrual pattern. As women age, their cycles shorten. Unfortunately, this is such a late phenomenon in a woman's reproductive career -- and most women's cycles vary somewhat month to month -- that observing menstrual patterns is a very imprecise method of determining egg quality. So are measurements of estrogen levels or follicle sizes on ultrasound scans.

So far, the best simple test we have been able to come up with is an early cycle FSH level. FSH stands for follicle stimulating hormone, and is one of the more important ways in which the brain talks to the ovaries.

Simply, the brain releases FSH when it wants the ovaries to mature an egg; as the ovaries choose and mature the egg, hormone products from the ovaries signal the brain to decrease the release of FSH. This is an example of a feedback loop. An important concept to recognize is that the communication between the brain and the ovaries seems to be controlled by the eggs, or by the cells that surround the egg. And if the communication seems to be poor, it is an indication that there may be a problem with the eggs themselves. We are not sure what the exact nature of these problems are, whether they are in the DNA or in the cytoplasm or just in the eggs' ability to respond to stimulation, but we know that a breakdown in the communication between the eggs and the brain correlates with very poor pregnancy rates in infertility treatment.

The FSH test is the simplest method we know of to test the ability of the eggs to talk back to the brain. If the system is functioning the way it should, then the FSH level early in the cycle should be on the lower end of the scale. How low? That depends on the laboratory doing the testing. Each lab, by nature of the way the test is done there, will report a different level for a given test. One of the great confusions regarding FSH testing is that a similar level means very different things at different places. Also, some clinics characterize their tests very carefully; others less so. FSH is reported in "units" and results from 2 units to 7 are probably normal in just about any lab. Levels above 25 are probably abnormal. The area between 9 to 24 may represent normal or abnormal levels, depending on how the test is performed.

Adding to the confusion is that FSH bounces around quite a bit. One month the result may be a 7 and the next month may be a 13. For a while we thought that it might be possible to wait for a month with a better level to improve the odds that a given cycle would work. Unfortunately, we learned that intermittently high FSH is as bad a prognostic sign in months with normal FSH levels as it is in months with high FSH levels.

Now I know someone, somewhere is reading this and saying, "Wait a minute -- I know someone who got pregnant after being told she had a high FSH." Yes, you can get pregnant with a high FSH. But we are virtually incapable of bringing it about. Almost all of the tools we use to treat infertility need the ovaries to respond to extra stimulation: make extra eggs, higher hormone levels at the least. Ovaries with diminished reserve still have eggs that can turn into a pregnancy; unfortunately those ovaries respond to the most aggressive stimulations at a baseline level only. One of my colleagues compares the situation to a car that runs perfectly well at 30 miles per hour, but when you push the gas pedal all the way down, it still goes 30 miles per hour.

Further, the eggs produced by ovaries with diminished reserve seem quite fragile. The tools we use, particularly HMG and IVF are often too much of a stress on these fragile eggs. Many fail to mature at all, many quickly move from immaturity to postmaturity (a sort of overcooking). The few that do withstand fertilization outside of the body rapidly dissolve into numerous fragments since the ability of the resulting embryo to foster even cell division is compromised. The body, when left to its own devices, can still gently nurture some of these fragile eggs towards maturity, and pregnancy is still feasible (although not nearly as common as we would like). However, when we bombard these same eggs with FSH or FSH and Lupron, or try to develop them in vitro, they do very poorly.

In these circumstances we are left with two polar extreme choices to offer patients: either to try on their own and hope that one of the infrequent natural pregnancies occur, or do IVF using a donor's eggs. In the unfortunate cases where there are blocked tubes or a severe male infertility, where a natural pregnancy is extremely unlikely even if a perfect egg were matured and released, the only real option, at present anyway, is oocyte donation.

Returning to the subject of testing, I mentioned earlier that the FSH bounces in and out of the abnormal range during the diminished reserve period, that waiting for a "good month" is not helpful, and that once the level starts appearing in the high range the ovaries as a whole can be considered unresponsive and the eggs more fragile. This leaves open the possibility of being misled by a normal value when the FSH is on the downswing of its variability. Are there ways to avoid this? Actually there are two. Recall that a finely tuned communication between the ovary and the brain will result in a low FSH value on days 2,3, or 4 of the cycle. We have noted that the same fine-tuning results in a low estradiol (estrogen) level at the same time. Further, an abnormally high estradiol level can artificially decrease the FSH and lull us into a false sense of security about the ovarian reserve. For these reasons we usually look at the estradiol (or E2) level when testing FSH. And while there is no specific E2 level that precludes successful infertility treatment the way FSH levels can, E2 levels that are high (above 100 is a good benchmark) are good indications to look beyond just one FSH level for reassurance that the ovarian reserve is adequate.

How do we look beyond the one FSH level? One way is just to repeat the day 3 tests several months in a row, but this is obviously inconvenient and wastes a lot of time. A quicker way is by using the second method of extended ovarian reserve testing, called the clomiphene citrate challenge test (CCCT).

The basis for this test is that the FSH level should be lower on day 10 than on day 3. Using clomiphene citrate (Clomid or Serophene) on days 5 to 9, the FSH will actually rise on day 10 in women whose ovaries lack the ability to properly signal the brain. A high FSH level on day 10 is as bad as a high level on day 3, and can keep us from mistaking the bottom part of a bouncing FSH curve for false reassurance on the state of the ovaries.

I hate all of these tests. They are nothing but bad news. A bad level is always bad, good levels might still be bad, and I can't fix the underlying problem. And while oocyte donation offers many couples an excellent and fulfilling way to bypass the problem of diminished ovarian reserve, FSH testing is a constant reminder that we are still unable to help one of the largest groups of people who seek us out to help them conceive. Hopefully, advances in our ability to either rejuvenate the eggs in these women or to better separate the genetic from the growth components of eggs (and then use donor eggs with a woman's own chromosomes) will change this scenario. Cytoplasm transfer is an important step in this direction; others are coming. I look forward to using FSH testing to help choose the right tools, rather than having the tests tell me I have none.