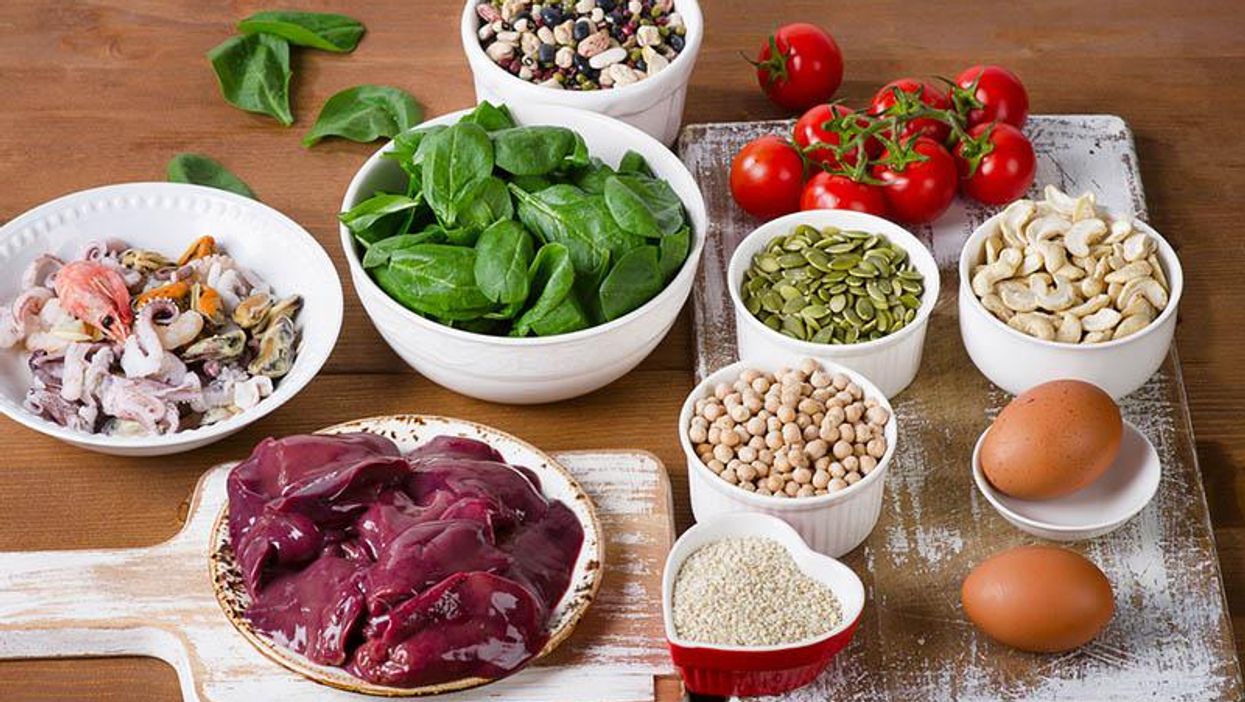 Why do I need iron?

Iron is one of the most abundant metals on the planet, which is a good thing because our bodies can't function without it. Iron makes it possible for your red blood cells to carry oxygen to the rest of your body. If you don't have enough iron, your body won't get the oxygen that it needs to stay fully stoked. You'll feel tired and weak -- the classic signs of iron-deficiency anemia. A shortage of iron will make it difficult to work and think, and you may also be extra vulnerable to infections.

How much should I be getting?

According to the National Institutes of Health, adult men should get about 8 milligrams of iron a day. Women need extra iron in their diet because they lose a lot through menstruation. From puberty through about age 18, girls should get at least 15 mg a day. Between ages 19 and 50, a woman needs at least 18 mg a day. Pregnant women need the most iron of all -- at least 27 mg a day. (Women who are breastfeeding, however, only need about 9.) After menopause women need 8 mg a day, just as much as men.

Which foods are good sources of iron?

Red meat is a rich source of iron. A 3-ounce serving of steak (about the size of a deck of cards) will give you about 3 mg. There's also some iron in greens, beans, and grains, but it's not as easy for your body to absorb. Some cereals are fortified with 18 mg of iron per serving, but, again, it's not the same iron that you'd get from meat.

Should I take a supplement?

There's a fine line between getting enough iron and getting too much, so supplements are a tricky business. Iron supplements may be necessary if you're pregnant or if you have especially heavy menstrual flows. The U.S. Centers for Disease Control and Prevention recommends daily 30 mg iron supplements for all pregnant women. If you aren't pregnant, you should talk to your doctor before taking an iron supplement. A simple blood test can tell if you're anemic. You should know that it's rare for adult men or postmenopausal women to run low on iron.

Can I get too much?

About 10 percent of the population has an inherited tendency to store extra iron in the blood; for them, too much iron in foods or supplements can damage the liver, pancreas, and heart. Even if you don't have that genetic condition, excess iron in your blood may raise the risk of heart disease. (Some researchers have speculated premenopausal women rarely get heart disease because they lose so much iron through menstruation.)

It's especially important not to leave iron pills -- or any kinds of vitamins containing iron -- around young children. Just 200 mg of iron can be enough to kill a child. Such accidents happen often enough to make iron pills a leading cause of poisoning deaths among children.