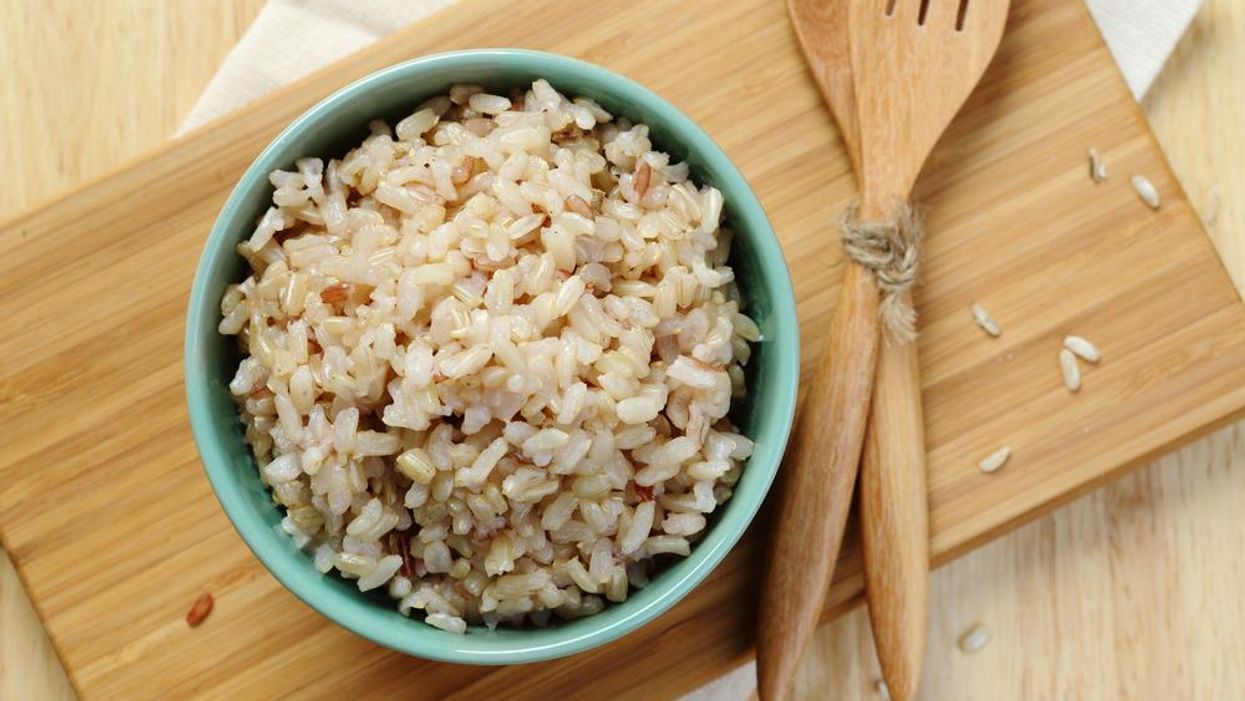 Macrobiotics is a belief system developed by the Japanese philosopher George Ohsawa in the 1930s. It's based primarily on the ancient Chinese principle that you can maintain health and well-being by balancing the opposing forces of yin and yang, which are inherent in everything in the universe. This balance is achieved in large part by following certain rules for choosing and preparing food. The climate, season, and weather, as well as your age, gender, activity level, and health all influence your dietary choices.

For example, hot weather is considered yang and should be balanced by eating more yin foods. And yin foods like leafy greens are brought into balance when they're prepared with yang elements such as fire and salt, which means cooking them longer and adding more seasoning. Whole grains are held up as the ideal food because they're considered neutral, neither yin nor yang. Foods that are too yin (sugar, fruits, processed foods) or too yang (eggs, meat, cheese) are avoided altogether.

What does the diet involve?

On your first visit, a macrobiotic counselor will most likely recommend that you begin trying to eat more whole, unrefined foods while you're learning (by way of books, tapes, seminars, or cooking classes) how to choose and prepare foods that balance yin and yang. In the standard macrobiotic diet, just over half your calories should come from whole grains, up to 25 percent from vegetables, and the rest from beans, seaweed, soy, and a small amount of fish. (A Zen version of macrobiotics has you progress through a series of ten increasingly restrictive diets, at the end of which you're eating only brown rice and small amounts of water.)

Macrobiotics practitioners say they can diagnose cancer and other diseases by looking at your irises, the colored part of your eyes. If a practitioner concludes that you have a tumor in a yin part of your body, he or she may suggest that you treat it by eating more yang foods. No research or scientific principles support these ideas. However, a macrobiotic regimen can bring your weight down, lower your cholesterol and blood pressure, and reduce your chances of developing heart disease and certain cancers that appear to be related to fat intake. What's more, taking part in a way of life that emphasizes harmony with nature may make you feel calmer and less stressed.

How safe is it?

Recent studies have found that infants and children who were put on macrobiotic diets suffered from a lack of calcium, iron, and vitamins D, B6, and B12, which caused such serious problems as retarded growth, bone deformities, and developmental delays. As a result, some macrobiotics practitioners now suggest that you eat three to five ounces of fatty fish a few times a week and that children be allowed to drink milk.

Proponents have been known to recommend that people with cancer treat themselves with diet in place of conventional therapies. While cutting back on fat and boosting fiber may help reduce your risk of cancer, restricting yourself to a macrobiotic diet could do you more harm than good if you have cancer. As always, see your doctor if you suspect you have a serious illness.