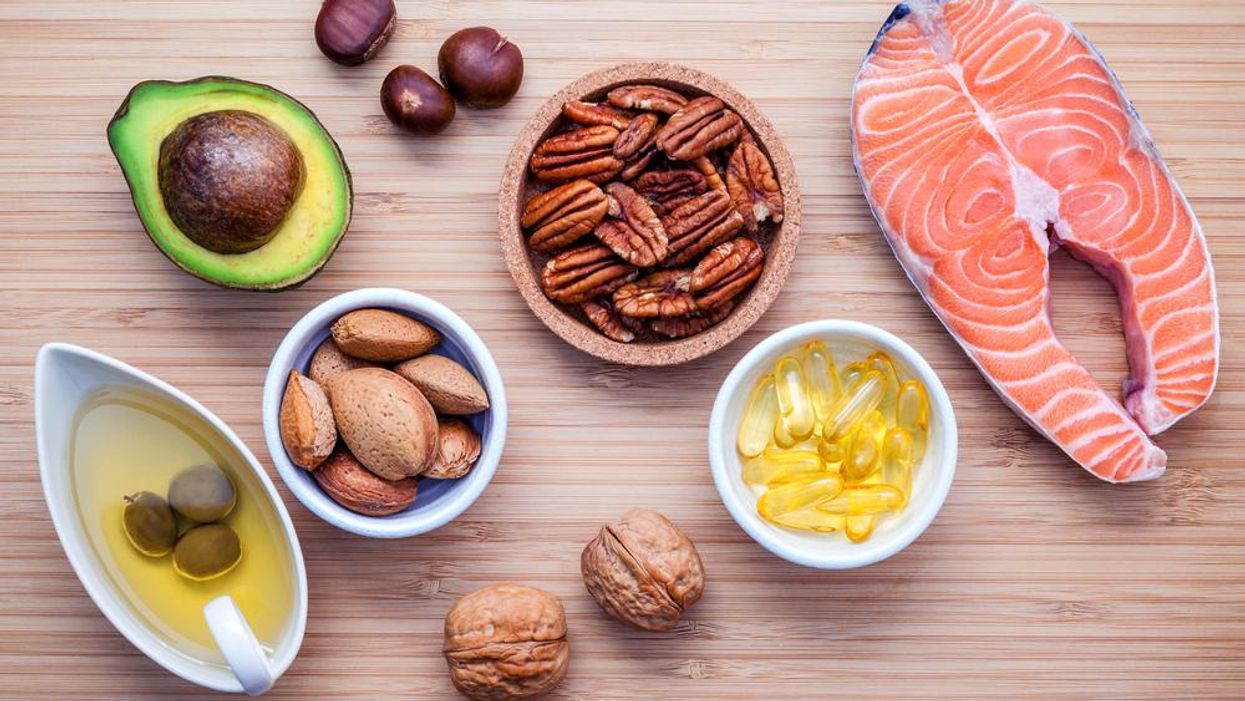 What do Inuits in Greenland have in common with residents of downtown Tokyo? More than you might think: Both groups rarely suffer heart attacks, and both groups eat a lot of fish. Nutritionists now believe it may not be a coincidence that such dramatically different populations have a similar low incidence of heart disease.

Whether you live in an igloo or a skyscraper, fish is good for your heart. Not only is it high in protein and low in saturated fat, but it can be a rich source of omega-3 fatty acids, an essential nutrient that helps the heart run smoothly.

In recent years, fish has moved into the medical mainstream. An editorial in the American Journal of Cardiology claimed the time had come to add fish and fish oil supplements to the list of standard treatments of coronary heart disease. So should you stock up on salmon? Could capsules of fish oil help keep you alive? Here's a look at the latest information on fish and the heart.

The key to these heart benefits is omega-3 fatty acids, which are fats found in all fish. Omega-3s are especially abundant in salmon and other fatty fish, and they aren't just helpful nutrients -- they're important for survival. Omega-3s are crucial materials in the membranes around every cell in the body. They also help control the flow of hormones and other chemical messengers.

A diet rich in omega-3s is good news for the heart, according to numerous studies. Three recent studies showed that these fatty acids protected the heart against "sudden cardiac death," which causes half of all deaths from heart disease. (This occurs when the heart begins beating erratically and then stops.) Here's a recap of the findings:

The evidence from the clinical trial is especially impressive, according to Meir Stampfer of the Harvard School of Public Health, who authored two of the studies. Discussing the findings, Stampfer told the journal Nutrition Action that when scientists add to that evidence "earlier studies on human, animals, and cell cultures, we can now say that fish oils prevent arrhythmia [irregular heartbeat] and sudden death."

These earlier animal and cell studies showed that omega-3 fatty acids -- specifically, eicosapentaenoic acid (EPA) and docosahexaenoic acid (DHA) -- help the heart stay in rhythm and offer powerful protection against dangerous arrhythmias. They also enhance "heart rate variability," a key measure of the heart's strength and flexibility. As a bonus, the fats help prevent blood clots, slow down inflammation in the arteries, and regulate the body's levels of triglycerides, which are derived from fat and associated with heart disease.

Earlier human studies have also suggested that fish oil can tip the balance between life and death. A study of over 20,000 men, published in the the Journal of the American Medical Association, found that those who ate fish at least once a week were half as likely as others to go into cardiac arrest. The Diet and Reinfarction Trial, a study of more than 2,000 male heart attack survivors, found that a daily serving of fish reduced the two-year death rate by nearly 30 percent. Patients who increased their fish intake were also significantly less likely to suffer another heart attack. And the pro-fish evidence continues to mount -- a study of over 43,000 men reported in the December 25, 2002 issue of the Journal of the American Medical Association found that men who ate fish once a month or more decreased their risk of certain types of stroke by about 40 percent.

The problem is, the body can't make omega-3 fatty acids on its own, and the supply in the American diet has plummeted. Omega-3s are found in most kinds of fish, but they're especially high in fatty fish, wild game, and free-range livestock -- not exactly the most popular items on the modern menu.

But heart patients may not have to eat fish to enjoy the benefits of omega-3s. Besides the recent study in Circulation, a three-year study of 11,300 heart attack survivors found that fish oil supplements (the equivalent of about 850 milligrams of omega-3s per day, or less than one gram) lowered the risk of sudden cardiac arrest by 45 percent. The overall death rate dropped by 20 percent.

The evidence all points to one verdict: If you're worried about your heart, consider adding fish to your diet. (Vegetarians can also up their quota of omega-3s by consuming more dark leafy greens, seaweed, walnuts, and -- unless they suffer bipolar illness -- flaxseed oil.) The extra boost of omega-3s can be especially valuable if you have coronary heart disease or several risk factors for the disease.

The American Heart Association recommends eating fish twice a week, and those that produce the most omega-3s are oily fish, like salmon, tuna, herring, and mackerel. However, as with much in modern life, there's a catch. Eating too much deep-sea fish can pose a danger to certain people.

Nearly all fish and shellfish contain tiny amounts of mercury that has seeped into waterways from mines and industry. These amounts usually aren't big enough to be dangerous, but some fish tend to contain more mercury than others. The Environmental Protection Agency and the Food and Drug Administration have advised that women who may become pregnant, women who are already pregnant, nursing mothers, and young children should avoid eating shark, swordfish, king mackerel, or tilefish, and should eat no more than one six-ounce can of albacore tuna per week.

Some researchers are concerned by levels of possible carcinogens in salmon. Researchers at Indiana University compared wild salmon to farmed salmon and found much higher levels of PCBs (polychlorinated biphenyls) and dioxins in the farmed salmon. These substances have been linked to cancer in some studies. To be safe, the study researchers recommend eating no more than 1 to 2 servings of farmed salmon per month, though wild salmon can be safely eaten up to 8 times a month.

Andrew Stoll, MD, of Harvard Medical School says in his book The Omega-3 Connection, "Every so often, scientists really do discover a substance of transformative power, one with the ability to cure the previously incurable and improve the quality of life for the rest of us. Omega-3 fatty acids -- a component of simple fish oil, once so prevalent in our diet but now largely absent -- could be such a substance."

The American Heart Association (AHA) endorses fish oil, preferably from food. While healthy men and women should be able to get plenty of Omega-3s from two or more servings of fish a week, coronary artery disease patients may want to talk to their doctors about supplements as diet alone may be insufficient. The AHA points out that research has shown that supplements can reduce cardiovascular events such as death and nonfatal strokes or heart attacks, but that the ideal dose still isn't clear. More studies are needed to determine what is appropriate for different cardiovascular conditions.

The Berkeley Wellness Newsletter also suggests that healthy people get their omega-3s from fish instead of supplements, citing an FDA advisory that more than 3 grams a day can increase the risk of hemorrhagic (bleeding) stroke. But for those who do not get enough fish in their diet, the well-respected publication Nutrition Action, published by the Center for Science in the Public Interest, recommends taking up to a gram of fish oil a day. At that dose, fish oil is extremely safe, the researchers say. They point out that most fish oil pills contain only 180 milligrams (or 0.18 grams) of EPA and 120 milligrams (0.12 grams) of DHA, so that you would have to take more than 10 capsules a day to exceed 3 grams.

In fact, according to the FDA, fish oil supplements are "generally recognized as safe" even at triple the normally recommended dose. The most common side effects are a "fishy burp" and loose stools. You can help minimize these by taking a small dose with every meal instead of one big dose on an empty stomach. You should also take vitamin C and vitamin E supplements to prevent oxidization of the fatty acids.

A few other cautions: Be sure to read the labels carefully. Don't use cod liver oil or any other oil made from fish liver as a source of omega-3s because these can result in hazardous doses of vitamin A. And be aware that 6 ounces of cooked Atlantic salmon can contain 3 grams of omega-3 fats, 3 ounces of sardines up to 2.8 grams, and trout up to 2 grams. (Other kinds of fish have fewer than 2 grams per serving.) But skip the fish oil capsules on days that you eat salmon or enjoy a tin or sardines to keep from getting more than 3 grams of omega-3s.

There is one other potential problem: Fish oil can slightly increase your levels of artery-clogging LDL cholesterol. But according to the American Journal of Cardiology, the substantial reductions in triglycerides you get from omega-3s easily offset this threat.

If you start taking fish oil for your heart, it's possible that other parts of your body may benefit as well. Recent studies suggest omega-3 fatty acids may help ease the symptoms of arthritis and certain mood disorders, including bipolar disorder, also known as manic depression.

U.S. Department of Health and Human Services and U.S. Environmental Protection Agency. What you need to know about mercury in fish and shellfish.