Most transplant patients are older people who've exhausted all other options. But Lonnie Smith was just 10 years out of high school when he got a new heart -- and a second chance. 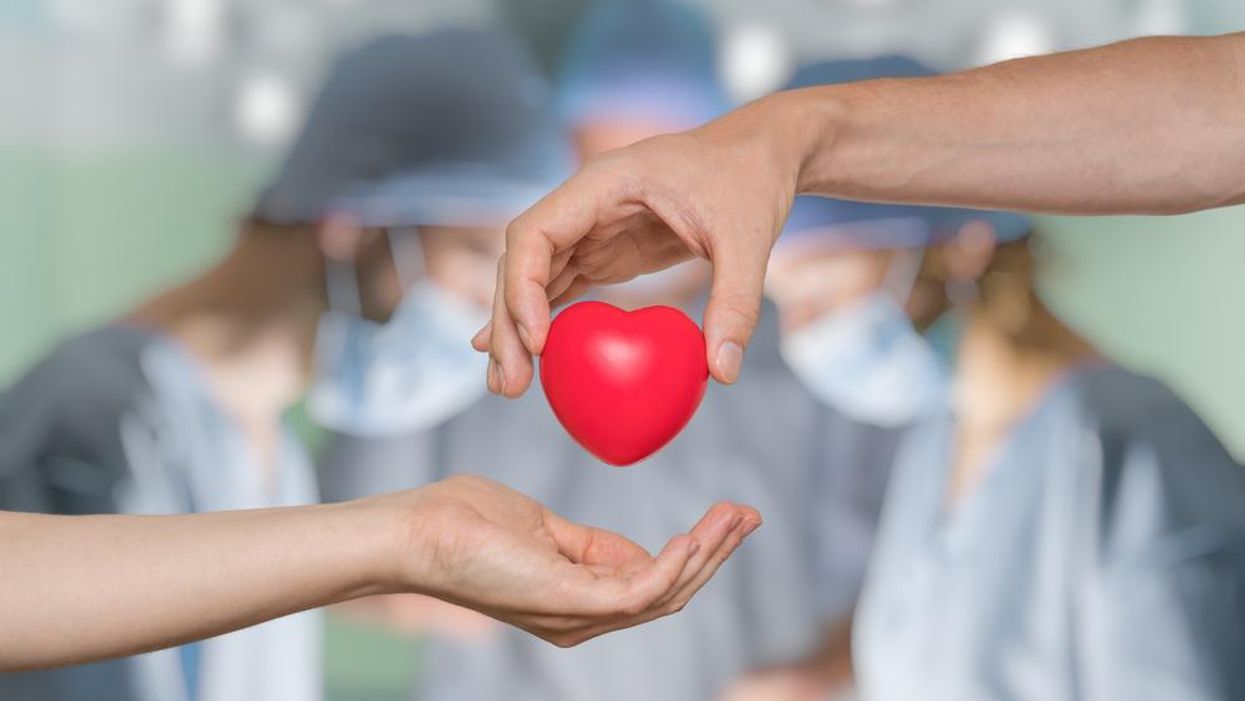 In 1999, Lonnie Smith was a strong and healthy amateur boxer, a young father, and an aspiring minister. Although he supported his family as a parking supervisor at the Denver airport, his dream was to start a street ministry for troubled youth. Having escaped a poverty-stricken neighborhood in Denver himself, he was confident he could help other young people do the same.

But without warning, Smith's dreams took a detour.

At 24, he was diagnosed with dilated cardiomyopathy, a condition in which the heart muscle's strength slowly erodes until the heart can no longer adequately supply the body with blood. Over the next three years, Smith grew too sick to work or enjoy his children, and by the time he was 27, the disease had progressed to the point that the young man was near death. Finally, doctors at the University of California San Francisco Medical Center concluded that his only hope for survival was to receive a transplanted heart. And on Thanksgiving Day 2002, he was taken to surgery.

Lonnie Smith's story is recounted in gripping detail in the award-winning television documentary "A Change of Heart," which has aired on public television stations throughout California. Following are excerpts of interviews conducted with Smith:

When did you first fall ill?

I first got sick, as a result of viral pneumonia. I was living in Denver with my family, and one day I woke up and I couldn't breathe. I went to the hospital and they ran some tests and found that my lungs were full of fluid and my heart was severely enlarged. What happened was I came down with the viral pneumonia but didn't suffer symptoms for several weeks. It ended up damaging my heart. I was diagnosed with dilated cardiomyopathy and given medicines to try and treat it.

I had continuous swelling throughout my body, and severe shortness of breath. I couldn't walk more than a couple of yards without being overcome with this bloated feeling in my stomach, like it was filled with air. And I had chest pain all the time. Over a four-year period I went to the emergency room for treatment 60 times. My doctors in Denver just weren't able to control the progression of the disease.

Why did you opt for the transplant?

I moved my wife and two kids from Denver to San Jose in 2002. I actually felt okay for a short time when we moved to California, but then I got sick again. I had a horrible allergic reaction to a medication while at Valley Medical Center in San Jose, and this reaction caused my heart to fail even more. I was actually near death, and was referred to UC San Francisco as a priority candidate for transplant. It was my last chance. I met Dr. [Teresa] De Marco at that time. She was the head of the transplant program for UCSF.

Was the procedure painful?

How have you since you were released from the hospital?

I've had a few hospitalizations since then. I live near a construction site, and I caught a virus which required treatment in the hospital. My immunity is down because of the drugs I take for my heart condition and because of the transplant. I'm recovering now, and I can still be active, but I must be very cautious and wear a mask in places where there's a lot of debris so I don't get any more viral infections.

What do you see in your future?

I want to pursue my calling as a minister. This is my family's testimony of life after death. I want to use my story to speak nationally to other patients going through similar situations. I want to be a motivator -- not just to the sick, but to anyone going through difficult times. I got through this and I want to share it with the world. Aside from that, my ultimate goal is to meet the donor's parents and personally thank them and tell them that a part of their son still is alive.

What's it like having another person's heart beating inside of you?

I'm just thankful. I'm not really preoccupied with any other aspect of it. I'm just thankful to have a heart that works so well and that was accepted by my body. I just want to manage it well and keep it functioning at its best.

I get up, wash up, feed my son. I try to play with my children a lot, walk to the park if the weather is good. So much is different though. Before the transplant I was in constant pain. I slept all the time. I had no energy. I had to prep myself just to get out of bed. My son cried because I couldn't play with him. And I was angry because I really didn't understand why my body had broken down. Before the transplant I had no hope. Just a lot of tears. Lots of crying at night. The transplant gave me everything back that I thought I'd lost. I'm so unbelievably thankful for that.