Resurrection: Life After a Heart Attack 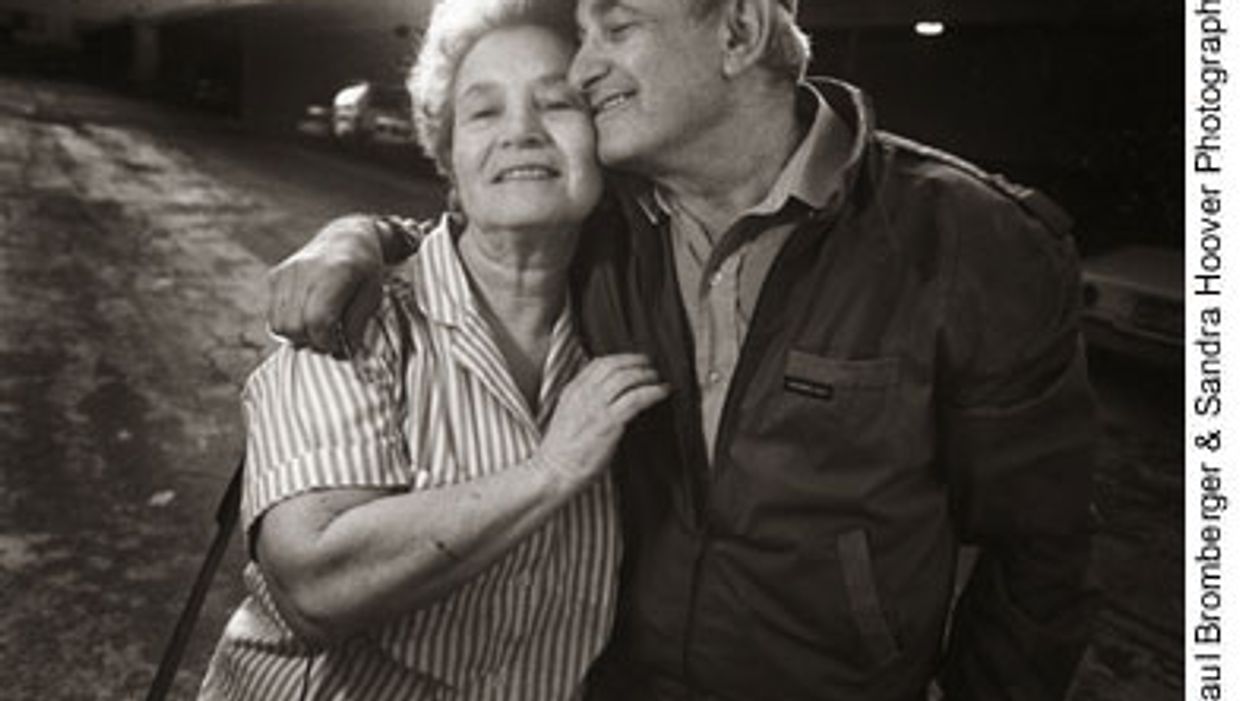 More than half a million Americans die of heart attacks every year. By the odds, Gerard Annabel should have been one of them.

A sedentary man with a Type A personality, the Las Vegas, Nevada, building contractor had a family history of coronary artery disease. He had been a heavy smoker for years before he quit. And three years ago, at age 60, he suffered two back-to-back heart attacks. The "elephant on your chest," as he recalled the sensation, began to crush the life out of him as he sat at the kitchen table having breakfast with his wife, Olga. At first she offered her husband papaya enzymes for what he thought was just stomach gas, but she quickly realized his plight was more serious.

Olga called her brother-in-law to hurry Annabel to the local Veterans Administration hospital. He was able to get into the car himself, but during the ride, he blacked out and lay in a fetal curl in the back seat. The brother-in-law wheeled up to the VA center's emergency department and shouted for help. That, after Olga's swift action rushing him to the hospital, was Annabel's second lucky break. Two nurses and a cardiologist rushed out, pulling Annabel by his feet to the pavement and shocking his heart twice to get it beating again.

What followed were quadruple bypass surgery and an induced coma to give Annabel's body a better opportunity to heal. The damage to his heart was severe, and his chances of survival were not good. But on April 1, five days after he was stricken, Annabel began breathing on his own. His spirit came to the fore as he greeted Olga with a joke.

"I got a phone call from Dr. Kevorkian last night."

His wife's alertness and a well-equipped emergency medical team helped Annabel survive. But Annabel's recovery is a story in itself, one in which a patient with irreparable physical damage organizes his inner and outer resources to experience a thriving late middle age.

His heart muscle is more than two-thirds dead. But Annabel is more alive than ever.

"The first year after my heart attack I went to Bora Bora with my daughter and granddaughter," he says. "The second year, I went to China. I climbed the Great Wall -- that's 888 meters. It took me half a day, but I did it."

The secret of his recovery could be summed up in one word: flow. In Annabel, flow is expressed in the dance of a humorous personality, the awakening late in life to the self-healing properties of a body in motion. And his health crisis sparked a passion to communicate -- Annabel counsels other heart-attack patients on how they, too, can take charge of their recovery.

Before his crisis, Annabel hardly moved. He would drive up as close as he could to any door to save steps. But from the beginning of his recovery, he has increasingly filled his life with movement and emotional interaction, of which travel is one example. This year he went to South Africa. He traveled alone, organizing a low-budget daily itinerary of $16 hostel stays and $7 meals.

Perhaps the most profound change in Annabel's life is in his connectedness to his and other people's feelings. "He's much more emotional now," Olga Annabel says. "He seems to love life a lot more."

Annabel, an Air Force veteran who saw service in Korea in the 1950s, confirmed that he is indeed driven by a newfound sense of purpose brought about by an awareness of life's fragility.

"There's a reason for my survival," he says. "There's got to be a reason. It's something to do with helping people."

Annabel's path to recovery began with cardiac rehabilitation, a 12-week program of escalating physical activity under close medical care. At the same time, he changed his diet. An omnivore before his crisis, Annabel all but cut out red meat and turned to a diet rich in chicken, fish and vegetables. His regime of exercise and a low-fat diet is in keeping with American Heart Association guidelines for general cardiac health and for reducing the risk of heart attacks in patients damaged by coronary artery disease. The guidelines call for eating a variety of nutritious foods - including whole grains, vegetables, fruits, and fish - and limiting consumption of saturated fats, cholesterol, and salt.

He began to visualize his cardiovascular system, knowing that his family history of coronary disease put him at constant risk no matter what changes he made to his lifestyle. The leg veins that surgeons had taken to replace his clogged heart arteries could fail in another few years, growing stiff with fatty buildup determined in part by Annabel's genes and easily missed by routine diagnostic screens.

Determined to keep his blood flow at a high level and thus stop arterial plaque from sticking, Annabel joined a health club. He is there every day when the doors open at 5 a.m., alternating between weight training and aerobic exercise.

Although Annabel may exercise far more than most heart patients, physical activity is a crucial part of most heart-attack patients' rehabilitation. Doctors recommend 30 to 60 minutes of moderate physical activity three to four times a week, supplemented by an increase in such routine daily activities as walking, gardening and housework.

He also knows what to do if he again has symptoms of a heart attack. Mary Hand, a registered nurse who is coordinator of the National Heart Attack Alert Program, said people can make a difference in whether or not they survive a heart attack and in how fully they recover if they do survive. Getting the patient quickly to a hospital emergency department is the most important step, Hand said, noting that emergency practitioners encourage patients to get checked out even if the problem turns out to be a false alarm. Too often, she said, older people delay because they are afraid of losing control or they feel embarrassed to have an ambulance pull up at their front door.

Annabel, who is president of the Las Vegas chapter of Mended Hearts, is certified by that organization to counsel other heart-attack patients. He visits four patients a week in person and 20 a month on the Internet, drilling them on the importance of exercise.

"It really hasn't sunk in that (exercise) is a very important step," he says. "I tell them, 'Don't tell me because you can't drive a car for six weeks because they cracked open your sternum that you can't go, because I'm giving you my home phone number, and I'm driving you to cardiac rehab.'"

Studies point to the preventive and healing effects of focused calm, which may be achieved through spiritual, mental or physical workouts. The studies suggest, as does Annabel's recovery, that the patient is more in control than he or she may realize.

Annabel's scarred heart was functioning at 24 percent of its capacity at the beginning of his recovery. Tests confirm it is now at 31 percent. Annabel credits his improvement to his commitment to exercise, which he says has had a powerful emotional as well as physical impact.

"We were made to walk, to move," Annabel says. "I realize how important it is, and I see how strong I got. I feel I'm as strong now as I was 20 years ago. Maybe a lot of this is mental, but who cares?"

Interview with Mary Hand, a registered nurse and coordinator of the National Heart Attack Alert Program