Hepatitis C uses guerrilla tactics. It often slips into the bloodstream without provoking noticeable illness and lurks for decades. Its sneakiness is frustrating for clinicians and patients alike. 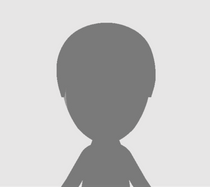 Hepatitis C has been called a silent epidemic for its stealthy progress and -- until recently -- incognito status. Though it's the most common cause of chronic hepatitis in the United States, many people -- including some health care professionals -- still connect hepatitis with type A, the treatable virus contracted by ingesting feces-tainted food or water. Some Americans first heard of hepatitis C when it was reported that baseball great Mickey Mantle, and later beat poet Allen Ginsberg, died from complications wrought by the virus. Others may have heard that guitarist David Crosby of Crosby, Stills, Nash, and Young, diagnosed with hepatitis C in the 1990s, is still flourishing after receiving a liver transplant.

The hepatitis C virus first showed up in the 1970s post-transfusion population. It was named for what it was not: NANB (non-A, non-B) hepatitis. Before 1992, when doctors began screening all donor blood for hepatitis C, it is estimated that about 10 percent of those who received transfusions acquired NANB. In 1989 the virus was isolated and dubbed hepatitis C. But HCV has actually been around for at least 50 years. Leonard B. Seeff, senior scientist at the National Institutes of Health and a pioneer in hepatitis C research, looked at blood samples taken from 10,000 US Air Force recruits in 1948 and found about the same level of HCV infection as in the blood donor population today.

Hepatitis C uses guerrilla tactics. Typically it slips into the bloodstream without provoking noticeable illness and lurks for decades. A single-stranded RNA virus, it doesn't integrate into the host genome (the complete set of genes in the chromosomes of each cell), a process that would give it a biochemical "address." Instead, it continuously mutates into different forms of hepatitis C, which can coexist in the body, evading discovery and attack by the immune system.

Researchers have identified at least six genetically distinct types (called genotypes) and more than 50 subtypes of the virus. An HCV infection can involve several genotypes, so antibodies to one don't appear to protect against others.

Focusing on the liver, the largest internal organ, the virus causes an inflammation (hepatitis) that sets off a slow cascade of damage. Hard strands of scar tissue (fibrosis) replace healthy liver cells. As the scarring laces through the liver and thickens, it envelops healthy tissue, forming nodules and killing liver cells. At this stage it's called cirrhosis, a disease that interrupts the vital functions of the liver. The crucial organ loses its ability to effectively filter toxins, such as alcohol, drugs, and hormones, and to make the proteins the body needs to repair itself. The blood flow from the portal vein is partially blocked. With blood building up, veins in the esophagus and the upper stomach swell and may hemorrhage.

Eventually the damage may lead to cancer or liver failure. But it usually takes many decades to reach this point: HCV likes its host to stay alive. Harvey J. Alter, chief of NIH's infectious diseases division, has called it "a survival machine rather than a killing machine," perhaps the most efficient in the viral kingdom.

With few exceptions, hepatitis C moves at glacial speed. Many infected people will die of other causes before HCV becomes a problem, especially those who acquire the virus late in life. In most, symptoms don't appear until the second or third decade after infection. But here's the rub: The majority of those who do get sick have liver damage, cancer, or even end-stage liver disease by the time they show symptoms.

In 1958 Wendy Corpening* was an 18-year-old University of California at Berkeley freshman with a severe case of acne. The drug she was prescribed for the condition caused aplastic anemia, and it took numerous transfusions to save her life. The blood also gave her hepatitis C. Nearly 30 years later, when she was a grandmother, an onslaught of flu-like symptoms led to tests that revealed HCV and cirrhosis.

A tall athletic-looking environmental consultant from rural Angels Camp, California, Corpening held her own against hepatitis C for more than a decade. She takes medication to control portal hypertension and swelling. While she is sometimes overwhelmed by fatigue, she says most of the time she feels well enough to "push past" the tiredness and go on with her life.

Peter Vaccaro, a 52-year-old artist from California recently on sojourn in Hawaii, didn't learn he had HCV until 90 percent of his liver was destroyed. He had wondered why he was losing weight and suffering from insomnia, weakness, severe headaches, and body aches. These mysterious symptoms came to a head one night, when he began to throw up blood.

Rushed to a hospital and speedily diagnosed, Vaccaro was informed he would die without a liver transplant. "They gave me about a year," he says. Eight months later, in March 1994, he received a new liver. Immune suppressant drugs have allowed him to gain back his lost weight, but headaches and other symptoms have so far prevented him from going back to work.

Hepatitis C's sneakiness is frustrating for clinicians and epidemiologists alike. "What plagues everyone is that we can't predict who will end up with end-stage cirrhosis or who will do well and outlive it," says Seeff, who has seen many different outcomes in his years of research. "Some may well die of something else and never even know they had it." He suspects the virus may do its worst damage in combination with other factors. But he doesn't know whose hepatitis will do minor damage and whose will explode into liver failure. "I probably have more information on the natural history of this disease than anyone," he says, "and I can't predict the outcome for an individual."