Why have so many baby boomers developed hepatitis C? For some of them, the answer goes back to youthful experimentation during the hippie era. 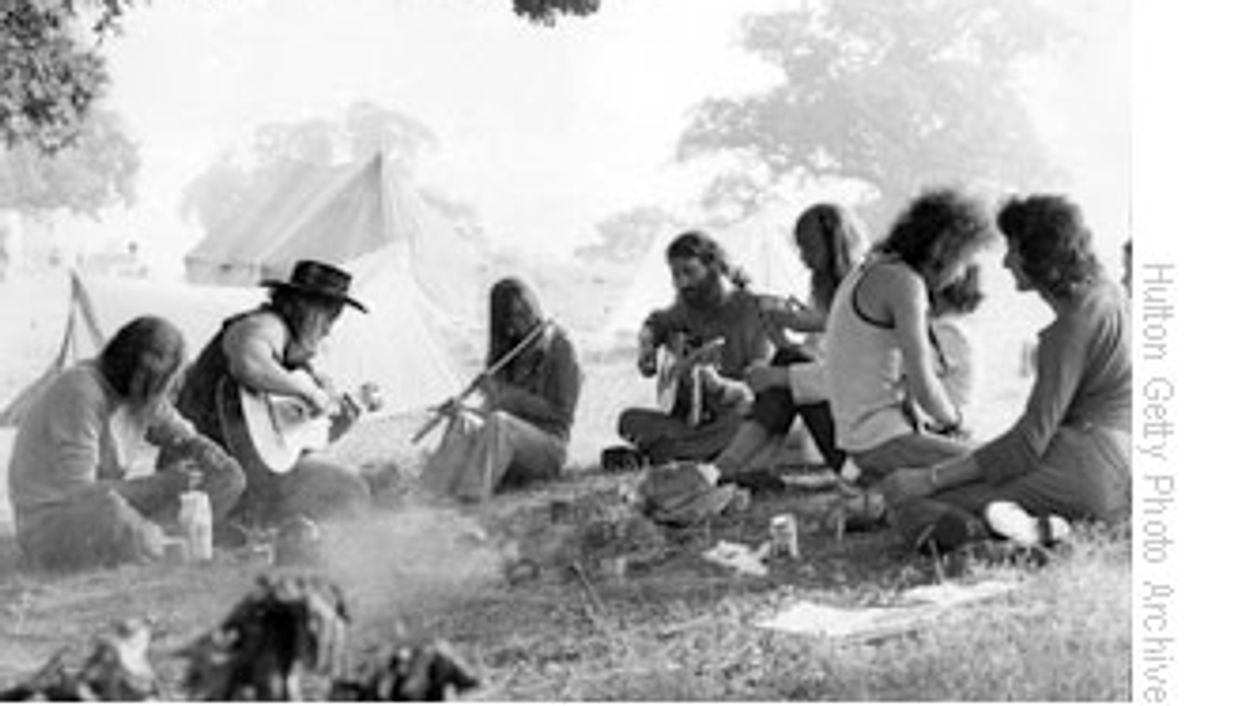 In 1968 Haight-Ashbury, in the afterglow of the Summer of Love, Steve Cochran* shot up heroin for the first time. He was 16, one of thousands of teens who poured into the symbolic center of the '60s to search for utopia and to sample free love and drugs. "I was hanging out in the most intense place in the most intense of times," he says. "I thought of myself as a drug adventurer. I experimented with everything."

Today Cochran is respectably middle class, a preppy-looking husband and father living in small-town America. "I never had a drug problem. I was never addicted," he says of his hippie past. "And I always thought I was being careful."

Not careful enough. Twenty-one years after he first put a needle in his arm, Cochran learned during a routine physical exam that he was infected with hepatitis C, a lethargic, sometimes deadly blood-borne virus that attacks the liver. Unfortunately for Cochran, the highest-risk group is composed of people who have shared needles to use drugs.

Cochran's is not a singular case: About 4.1 million Americans -- an estimated 1.6 percent of the population -- and perhaps hundreds of millions more worldwide have hepatitis C. (By comparison, fewer than 1 million Americans are infected with HIV.) The hepatitis C virus, or HCV, ranks just below alcoholism as the leading cause of liver disease. It's also the leading reason for liver transplants. Typically it induces no symptoms at the time of infection and takes decades to do its damage. But between 75 and 85 percent of people with HCV develop chronic hepatitis, according to the U.S. Centers for Disease Control and Prevention. Up to 20 percent develop cirrhosis, an incurable disease, within two to three decades, and an estimated 1 to 5 percent of infected people will die of liver disease or liver cancer. Some patients outlive the virus, enjoying full lives and dying of causes other than hepatitis C.

But there's no sure cure and no vaccine, and most people who get HCV remain carriers. Moreover, there's no way to predict whose infection will flare into a life-threatening liver disease and whose will simmer for decades. According to the National Institutes of Health, about 10,000 to 12,000 people die of hepatitis C each year, but these may be underestimates. A National Institutes of Health panel predicted that this annual figure will triple in the next two decades unless a way is found to effectively treat or prevent the insidious disease, which has already created a health care burden of hundreds of millions of dollars a year.

Fallout from the Summer of Love

No wonder experts are calling hepatitis C -- a virus not even identified until 1989 -- the surprise infectious disease of the decade as well as an epidemic in the making. Experts base their prediction of this scourge partly on demographics and the past behavior of people like Steve Cochran. While fewer people are becoming infected today, the number of newly diagnosed cases is rising as the virus, contracted years ago, surfaces. A Centers for Disease Control and Prevention study suggested that white Americans in their 40s had an infection rate of about 3 percent -- nearly double the national rate. At 6.3 percent, African Americans in the same age group have triple the national rate.

What accounts for these high rates? Baby boomers' youthful experimentation with drugs appears to be one of the leading factors. The virus is not only spread by using intravenous drugs but also, some experts believe, by sharing the straws used to snort cocaine -- a drug that many Americans in their 40s and 50s have tried.

More than 30 years have passed since the Summer of Love. But given the prevalence of recreational drug use in the '60s and '70s, and the two- to three-decade progress of the virus, the CDC anticipates a major spike in liver disease, with "an overwhelming number of persons needing medical care," including transplants, over the next two decades.

Hepatitis C is already an inner-city and drug-user epidemic: Infection among IV drug users is estimated at 60 percent and in the prison population at about 50 percent. A study in the American Journal of Medical Science found that of 400 randomly selected hospital admissions at a Veterans Hospital in Georgia, nearly 12 percent or more than one in 10 -- tested positive for HCV.

Hepatologists have long known about these high-risk categories. But the results of the CDC survey surprised even those most familiar with HCV. The virus has infected not only people at the lower end of the social and economic scale, but also plenty of those in the middle class. From 1988 to 1994 the researchers went house to house collecting blood samples from 21,267 participants nationwide. The survey did not include anyone typically considered at high risk -- in prison, institutionalized, or living on the street.

"This is Joe and Jane Middle-Class Citizen. To be in the study, you had to have a home," says Dr. Emmet Keeffe, professor emeritus of medicine and former chief of hepatology and medical director of the liver transplant program at Stanford University Medical Center.

Dr. Bruce Bacon of the division of gastroenterology and hepatology at Saint Louis University School of Medicine, sees eight to 10 new hepatitis C patients a week. The disease now makes up 70 percent of his practice. While up to 30 percent of his patients claim to have no risk factors, Bacon believes many are suffering the consequences of what he rather poetically calls "the transient indiscretions of youth."

A baby boomer himself, Bacon has a midwestern matter-of-factness about the Age of Aquarius. "The middle-aged Americans who are running the country today were teenagers 30 years ago," he says. "And like most teenagers, they weren't always careful. When you're young, you do some stupid things sometimes. People experimented with injectable drugs, and they shared needles."

Some can scarcely recall today what they were doing when "Purple Haze," "White Rabbit," or "Lucy in the Sky With Diamonds" was a hit song. If pressed, they may admit to having shared a cocaine straw, or a needle, once. Unfortunately, that's enough: Most experts agree people sometimes need only a single exposure to contract hepatitis C. While IV drug use, past and present, is the leading cause of HCV infection, other sources of infection include:

Anyone in these high-risk groups, as well as people with undiagnosed liver problems, should be screened for hepatitis C, according to the National Institutes of Health. In addition, it's possible that people can contract the hepatitis C virus in other ways. Experts advise, for example, against sharing razor blades or tooth brushes with an infected person.

Unsterilized equipment used in tattoos, body piercing and acupuncture could also pose a risk for this disease, according to the National Institutes of Health. Even if you have shared straws for snorting cocaine, it's possible you may have been exposed to HCV. Having sex in a long-term relationship with an infected person is considered low risk for this virus, but it's still a potential one, according to the NIH's most recent statement on managing the virus. Anyone with a history of multiple sex partners may also be at risk for exposure to HCV.

While researchers understand better who is at risk for HCV, no one knows how many people are infected. And because C takes so long to cause serious illness, no one knows how many will become gravely ill or die. Dr. Leonard B. Seeff, senior scientist for hepatitis C research at the National Institute of Diabetes and Digestive and Kidney Diseases at the National Institutes of Health, is one of the original pioneers of hepatitis C research. He's been studying hepatitis since 1969, and in the early 1970s he noticed a mysterious new infection among his patients that was later labeled hepatitis C. In fact, scientists used blood from one of Seeff's patients to infect a laboratory chimpanzee in 1976, helping to prove the new disease was transmittable by blood.

"This is an iceberg problem," Seeff says in a clipped accent that's a holdover from his youth in South Africa. "We see only a small part of the problem now -- the tip, those ill or needing liver transplants -- and that's very frightening. But probably 10 times that number have an underlying, smoldering disease and are asymptomatic. And most of these people are walking around without a clue they're infected."