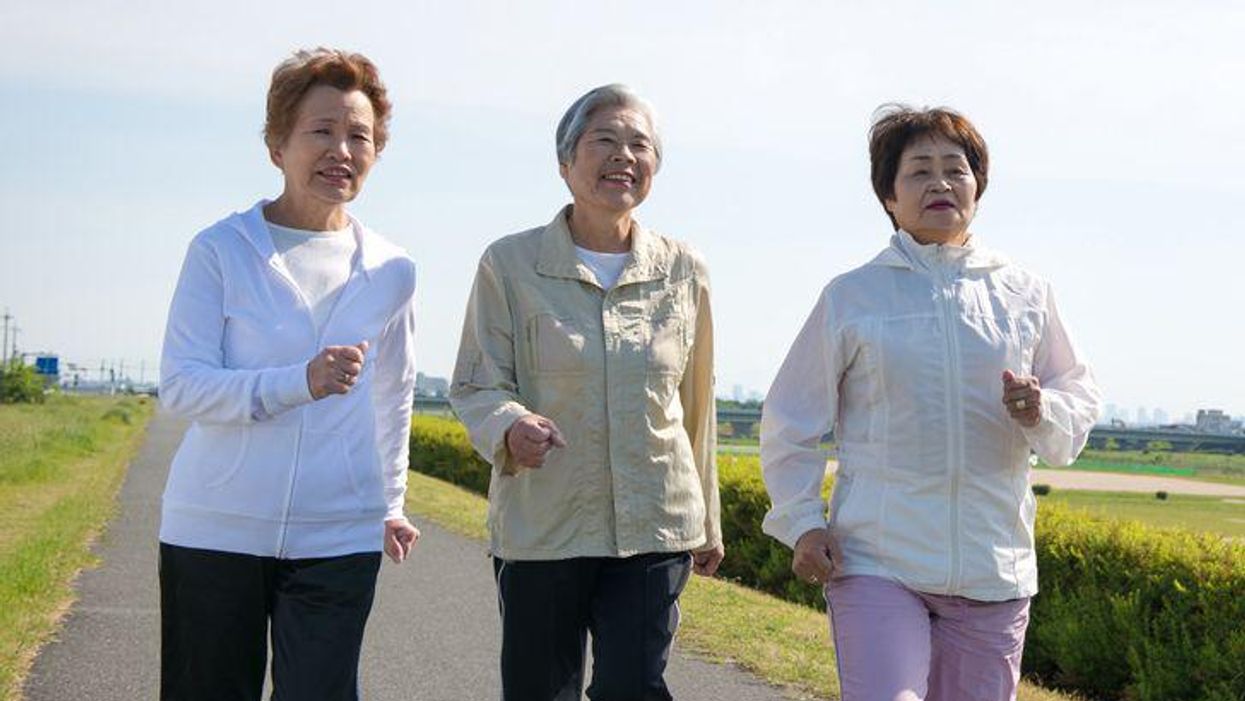 Elena Manzana* was all too familiar with the consequences of high blood pressure. When she was in high school, her 64-year-old father suffered a debilitating stroke, brought on largely by high blood pressure. The stroke paralyzed his left side, and he never fully recovered.

Because of her family history, Manzana suspected her blood pressure might climb when she became pregnant with her first child at age 30. And it did, reaching 140/110 in her eighth month of pregnancy. At those levels, her doctor warned, she had to take the condition seriously because it could put pressure on her heart, kidneys, and other organs, as well as on her developing child.

Fortunately, her baby girl, Nicole, was born healthy -- though small at just over five pounds. Manzana did fine, too.

Having high blood pressure doesn't usually strike the same fear in women that having breast cancer does, but it's just as important to detect hypertension early, whether you're young or old. High blood pressure, or hypertension, is a condition without symptoms, and many women who should be vigilant about monitoring their pressure have no idea they're in danger.

Gaps in care for women

In a study published in the Archives of Internal Medicine, Steven Asch, MD, found disturbing gaps in treatment when he examined the care of 243 women with hypertension. Only a little more than a third of them with blood pressure over 160/90 -- a very high level -- were told to take medication or change their lifestyle. A later report from the American Heart Association noted that only about 60 percent of hypertensive women are treated and only about a third of them have their blood pressure controlled at optimum levels.

These studies did not compare the level of care men received to the care that women got, so it doesn't necessarily show that women receive inferior treatment. But it does indicate what the doctor called "a dramatic need for more aggressive treatment" for women with hypertension.

Bessanderson McNeil, a home care administrator who spent many years as a patient educator in Oakland, California, agrees. "In general, hypertension is not treated early enough in both sexes," says McNeil, who ran blood pressure research programs in San Francisco and Berkeley.

Who is at highest risk?

Like other diseases, high blood pressure discriminates: Race, age, weight, and pregnancy are all risk factors. Taking birth control pills and, for some women, hormone therapy, can also increase blood pressure, as can being overweight. Some diet pills, antidepressants, and certain cold medicines can also increase blood pressure. In addition, the condition seems to be more common among African American women, even if they're young, than it is among white women, according to the American Heart Association.

Women with high-normal blood pressure who are on birth control pills need to be monitored carefully, says Bay Area physician Rita Melkonian. Doctors advise such women not to smoke and to exercise regularly. They may also want to talk to their physicians about switching to another method of birth control.

Although risk increases with age, women should remember that high blood pressure is not only a disease of older people, says Melkonian. "I have patients in their 20s and 30s who have high blood pressure, and the only way they know is to get tested," she says.

Women with a history of high blood pressure are more likely to have complications during pregnancy, although women whose blood pressure has been normal may also develop hypertension while pregnant, according to the National Heart, Lung, and Blood Institute. Many pregnant women with high blood pressure can deliver healthy babies and not experience serious complications, but according to the American Heart Association, the disease can damage the mother's kidneys or other organs, and can cause low birth weight or premature birth.

A particularly serious condition related to high blood pressure, called preeclampsia, is a leading cause of fetal complications in the United States. Preeclampsia can lead to eclampsia, which is a seizure condition that is life-threatening to both the mother and the fetus. Eclampsia is the second leading cause of maternal death in the United States, according to the National Heart, Lung, and Blood Institute.

For this and other reasons, women with high blood pressure who are considering becoming pregnant need to work closely with their physicians to minimize risks to themselves and their babies. Some drugs for hypertension aren't recommended for pregnant women, so you may need to ask your doctor to change your medication. Always consult your doctor before stopping any medication.

If you're pregnant, already have hypertension, and are in your late 30s or 40s, you need to be especially conscientious about monitoring your pressure. When Manzana was pregnant with her second child at 35, she was ordered to stay in bed for the last six weeks of her pregnancy.

Those numbers could definitely lead to significant health problems. In a study of over 5,000 patients, Daniel Levy, MD, found that high blood pressure was the most common risk factor for congestive heart failure. Blood pressure of 140/90 or higher doubled the risk of heart failure for men and roughly tripled it for women, according to the American Heart Association. Although medication and diet, exercise, and other lifestyle changes can often lower blood pressure and reduce the risk of serious health problems, significant numbers of women may not be getting appropriate care. (High blood pressure should be treated with lifestyle changes and sometimes with medication at 130/80 mm Hg rather than 140/90, based on ACC and American Heart Association guidelines.)

McNeil, for instance, had to insist that her doctor advise her on diet and lifestyle changes to control her pressure of 140/90. Physicians face increasing pressure to treat more patients in less time than they used to, McNeil says. "For the most part physicians don't have the time to give patients the information they need for blood pressure to be controlled."

McNeil and others say that people need to know they can lower their pressure or help prevent it from climbing by following a diet that's low in fat and salt and rich in fruits and vegetables, not smoking and limiting their alcohol consumption (generally to no more than one drink a day for women and two for men). Those steps will help keep your heart in shape as well as help to ward off other diseases.

If you're using blood pressure medication, keep taking it as prescribed. Frequently people stop taking their medicine when their pressure goes down to normal or if they have unpleasant side effects. Don't just stop. If the medicine is bothering you, talk to your doctor about trying another one. And if your pressure is normal, chances are, you'll have to keep taking the medicine to keep it that way.

Regular care and careful monitoring are also key to reducing the dangers of hypertension. "Don't get complacent about blood pressure that's been low all your life," McNeil advises. Things can change over time, particularly during menopause. "If blood pressure is going to go out of whack, that's often when it does," she notes. Melkonian adds that relatively inexpensive machines to measure blood pressure are available for home use, and she thinks they're worth the money. "They're so easy to use," she says, "that I think everybody should have one."

Manzana still monitors her blood pressure at home. She joined a weight loss program and lost about 13 pounds. She's walking around her neighborhood more, and she's also taking a new medication. These days, her blood pressure is at a safer 130/88.

"I feel better," Manzana says. "I have all this pressure off my body, and I feel the difference."

* Elena Manzana is a pseudonym.

Asch, Steven, et al, "A New Approach for Measuring Quality of Care for Women With Hypertension," Archives of Internal Medicine 161: 1329-1335