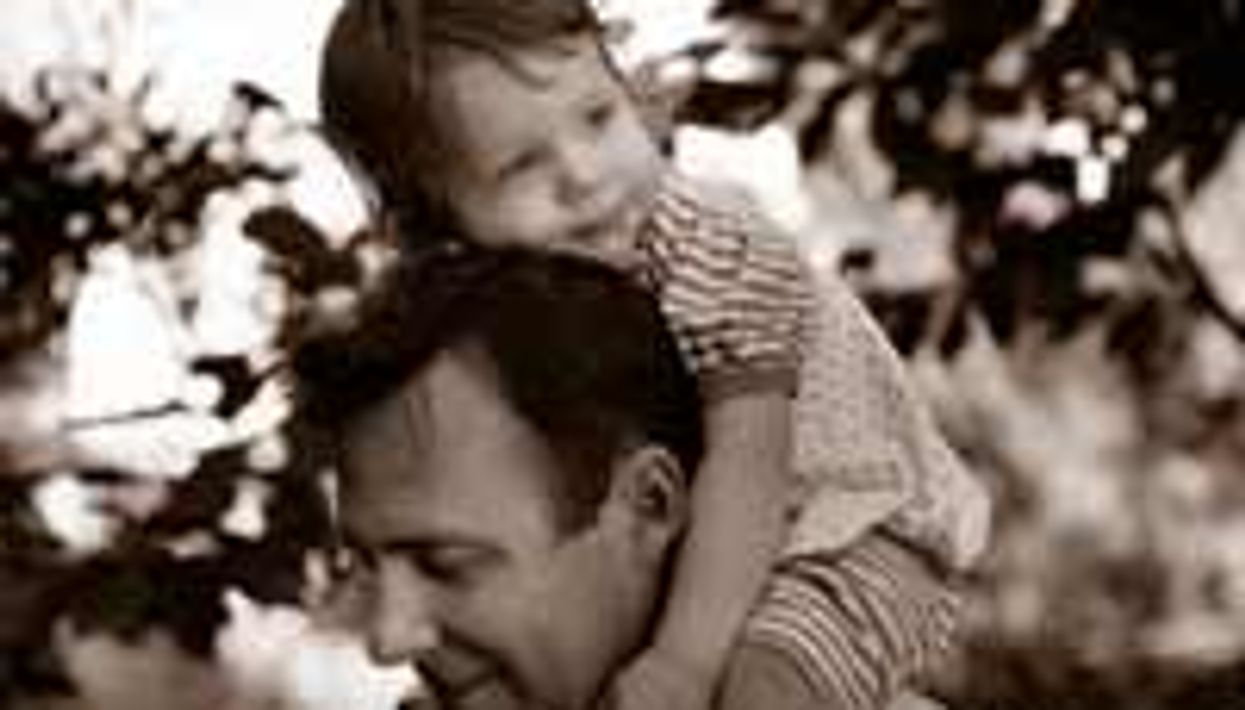 In many ways, Josh Kraft of Billings, Montana, had perfect training for fatherhood. As the oldest of nine children, he was already an expert baby wrangler who knew his way around a diaper. But when Kraft and his wife started talking about having kids of their own, a few doubts and fears started to creep in. Was he really ready? Was his wife ready? How could they afford a child? In the end, the desire to have kids overwhelmed their worries.

"We eventually just ran out of excuses," he says. With that realization, along came a boy who's now looking forward to his fifth birthday. Later, Kraft's now 20-month-old daughter showed up.

Kraft knows fatherhood can be a scary venture. That's why he spends much of his time helping other men prepare for the big day. Kraft works as a facilitator at Boot Camp for New Dads, a program that offers one-day training sessions for expectant fathers. The fathers-to-be gather in a circle and share what's on their minds. They talk about decorating the nursery and putting up shelves. They laugh about their partners' cravings and mood swings. And they talk about the things that really scare them: Supporting a family, being responsible for a child, never being "free" again.

Almost all men have some fears about fatherhood, says Robert Rodriguez, PhD, an Ohio-based psychologist who often works with expectant couples. Rodriguez is the author of several books, including What's Your Pregnant Man Thinking? A Book for Expectant Mothers About Expectant Dads (Lulu Press, August 2004). All too often, he says, the fears of expectant fathers are strong enough to ruin relationships.

According to Rodriguez, about 15 percent of couples expecting a baby break up before the baby is born, almost always because the man got cold feet. Men who stick with their partners are prone to depression and anxiety as the due date nears. A few men take their fears out on their wives through mental or physical abuse.

Although you could fill a home library with books that help prepare women for motherhood, the feelings of men are often ignored. But when men have a chance to talk openly, their fears come out quickly. At boot camp sessions, Kraft spends much of his time reassuring nervous dads about the nuts and bolts of fatherhood: Yes, you will have sex again after the baby is born. Yes, you will be able to change a diaper without getting sick to your stomach. And, no, labor and delivery isn't always a nightmare. "As soon as you tell people that you're expecting a baby, you hear all of these horror stories about pointed-headed babies and pushing for 12 hours," he says.

As a psychologist, Rodriguez digs into some of the deeper fears. "When I talk to dads in groups, they talk about finances and how they had to turn their office into a nursery," he says. "But the undercurrent is that they're afraid of losing their identity."

As soon as a woman says, "I'm pregnant," a man sees life as he knows it slipping away, Rodriguez says. He won't be able to go out with his buddies as often as he wants. He probably won't be able to afford the house or car or the backpacking trip of his dreams. And, perhaps most of all, he will no longer be part of a couple. He will be part of a family. "All of a sudden, from now until the [grave], his life won't be the same," Rodriguez says.

And then there's the uncomfortable issue of paternity. Many men have some concern that the baby isn't really theirs, Rodriguez notes. Some just have a glimmer of doubt, while others have full-blown fears. One San Francisco doctor recalls a case in which a man's unfounded paternity doubts led to the breakup of a "perfectly good relationship."

In many cases, these feelings reflect the father's low self-esteem rather than any rational doubt, Rodriguez says. It's hard for some men to accept that they could be involved in the creation of something as wonderful as a child. If they thought about it logically, he says, they could probably relax about paternity and start addressing more important issues.

Armin Brott, co-author of The Expectant Father, says many men feel excluded from the pregnancy -- for good reason. At prenatal visits, doctors often focus solely on the mother. And as her pregnancy progresses, she may tend to huddle more with female friends and relatives.

In fact, the focus on the mother's pregnancy may encourage men to become jealous or develop so-called couvade syndrome, a pattern of sympathetic reactions resulting in symptoms normally associated with pregnancy: weight gain, nausea, mood swings, food cravings, and headaches.

Unfortunately, most men never discuss any of their fears with their partner or anyone else, Rodriguez says. "They're afraid that they will be accused of causing trouble," he says. "They tend to hold it inside and act it out." Rodriguez encourages men to sit down with their wives and spell out their concerns. They should talk about finances, daycare, and other upcoming issues. They should also talk about their fears, from minor worries to worst-case scenarios. "Once they talk about their feelings without fear of repercussions, they form unbelievably strong relationships," he says.

Withholding that discussion can be harmful to relationships, Brott writes. "Because we never give ourselves the chance to talk about our fears, we never learn that what we're going through is normal and healthy."

Brott advises fathers to take advantage of the time before the child comes to talk about the things that trigger fear, including their involvement in medical appointments, baby chores, discipline, sleeping arrangements, work, child care, religion, and of course, finances.

They should also find a way to talk with other dads and dads-to-be, whether it's at a Boot Camp session or a poker game. When they hear what other expectant fathers are going through, they'll know they aren't alone. And when they talk to dads, they'll learn that fatherhood doesn't really bring life to a halt. As Josh Kraft and other fathers can attest, kids will send a man's life in a whole new direction. And it's a great way to go.

Interview with Josh Kraft, a father in Billings, Montana.

Interview with Robert Rodriguez, PhD, an Ohio-based psychologist and author of What's Your Pregnant Man Thinking?