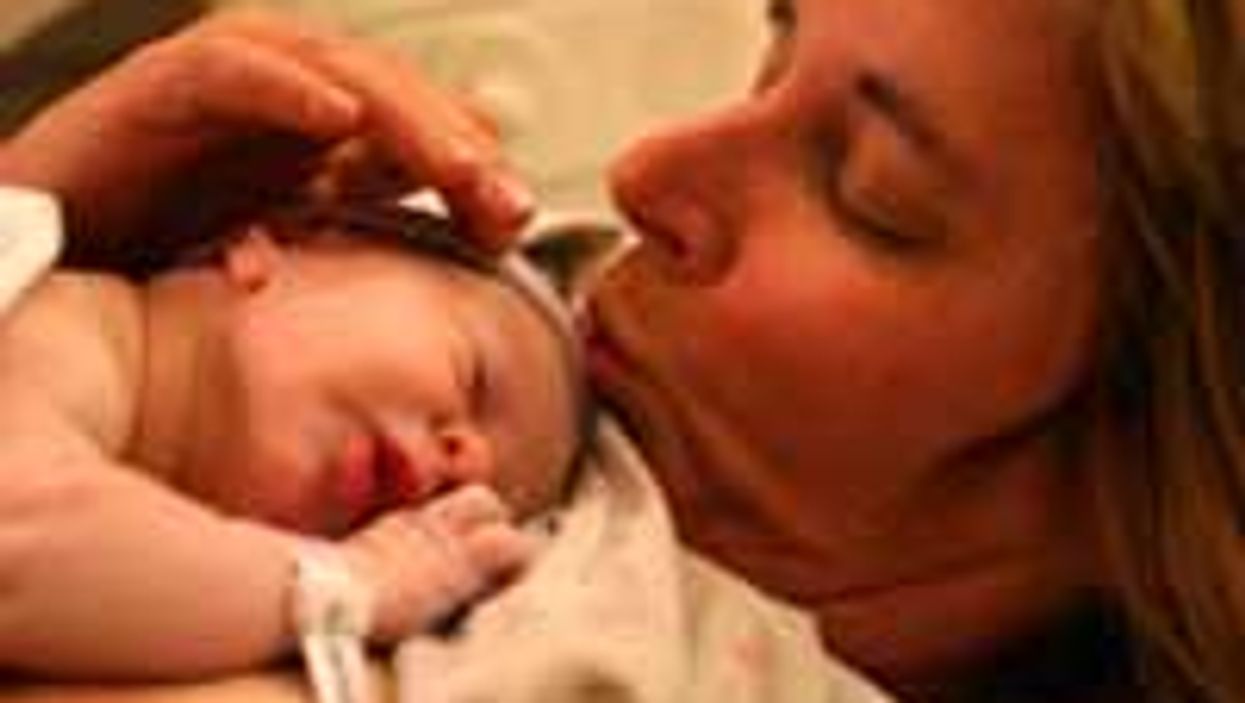 You've waited patiently for months to greet this little person, and now suddenly, here he is. Meeting your newborn for the first time is likely to be one of the most memorable moments of your life, so you may not even notice that immediately following your baby's birth, a nurse, midwife or physician will assess your baby to see how he is coping with life outside the womb.

What are the doctors looking for?

Physicians use the Apgar scale to gauge a baby's initial health based on factors such as his skin tone and his facial expressions. The scale was developed by Dr. Virginia Apgar in 1952 to determine whether a newborn infant needed special attention to stay alive during the first minutes after birth. A "perfect" Apgar score is a 10, but a baby who rates a 7 is considered healthy. A baby whose score ranges from 0 to 3 may need resuscitation and babies with scores in the middle -- 4 to 6 -- may require various interventions, including extra oxygen.

The test is administered one minute after delivery and again five minutes after birth. Don't worry if your child gets an initial low score. Usually a baby who has a low score the first time will get a "better" score the second time around. In addition, few babies get a perfect score, and the scale was certainly not designed to predict long-term health or behavior.

Are there any other exams I should expect?

Besides the Apgar test, you can expect your baby's health-care providers to measure the diameter of your baby's head and his height from head to toe, examining the placenta and umbilical cord to see if they look normal. Your newborn will also be weighed and measured and all his statistics are recorded for his birth record.

A nurse will then dry him off and wrap him, and put a cap on his head to keep him warm. Newborns actually lose a large amount of heat through the head, so keeping the cap on in the first few days after birth is actually important, since newborns can take a while to be able to regulate their temperature. The baby usually gets an injection of vitamin K to prevent bleeding problems. This helps some babies, especially if they are immature or born with an immature liver that has not yet produced enough vitamin K to allow for normal clotting.

Many states require newborns to get a hearing test before being discharged from the hospital. If your baby doesn't get a hearing screening at the hospital, the Nemours Foundation says it is important to get this done before the baby is 3 weeks old, so any problems can be treated early.

Your health care team may apply erythromycin gel in your baby's eyes to prevent infection. In some cases, your doctor may order blood tests in the first hours after birth, such as a blood count, blood glucose test, or a blood culture. Before discharge, there are additional blood tests that are routinely performed to make sure your baby does not have important inherited disorders.

If you have concerns about which tests might be done, talk with your doctor about this in the months before your baby is delivered. Although most doctors recommend all of these tests for good reasons, some patients do decline them. It's a good idea to take an active role in advance so that you can make informed decisions at the time of delivery. Every hospital and doctor has a slightly different approach to these issues. If you deliver your baby at home, your midwife will usually send you to a doctor in the first day or two after birth to have some of these tests done.

What if my baby needs extra care?

If your baby is born prematurely, or has other medical problems at birth, he will probably be transferred to a unit where a higher level of observation and treatment can take place. If high-intensity care is needed, your baby may need to be admitted to the neonatal intensive care unit (NICU). This is a hospital unit where the staff is trained to meet the unique needs of newborns who are ill. If your hospital doesn't have a NICU, and your baby requires certain kinds of medical attention, he may be transferred to another hospital that has the equipment and the special staff that he needs.

The unique challenges your baby faces in the NICU will determine the scope of his care. At the very least you can expect to meet a neonatologist who will head up the team of people who will care for your baby. The team may also include a neurologist, a cardiologist, a respiratory therapist (a specialist who administers treatments that help with breathing), a pharmacist, a nutritionist, and perhaps a surgeon.

Rest assured that the people who choose to attend to ailing newborns are among the kindest and most devoted people you will ever meet. And they want be as helpful as they can in what is always a very difficult situation.

Your NICU team will patiently listen to your concerns and answer your questions and teach you the best ways to touch your baby if you can't hold him. If your baby can be held, they will help you maneuver around any IVs or other medical devices that may be attached to him, and also help you learn to bathe and diaper your baby. If your baby is unable to breastfeed, the nurses will likely encourage you to pump your breast milk so they can feed it to him through a feeding tube as soon as he's able to eat.

These things may sound trivial but in fact they are essential and will convince you that you are an important part of your baby's care.

Nemours Foundation. What Is the Apgar Score? Last reviewed, 2008.