See What HealthDay Can Do For You
Contact Us
September 5, 2021 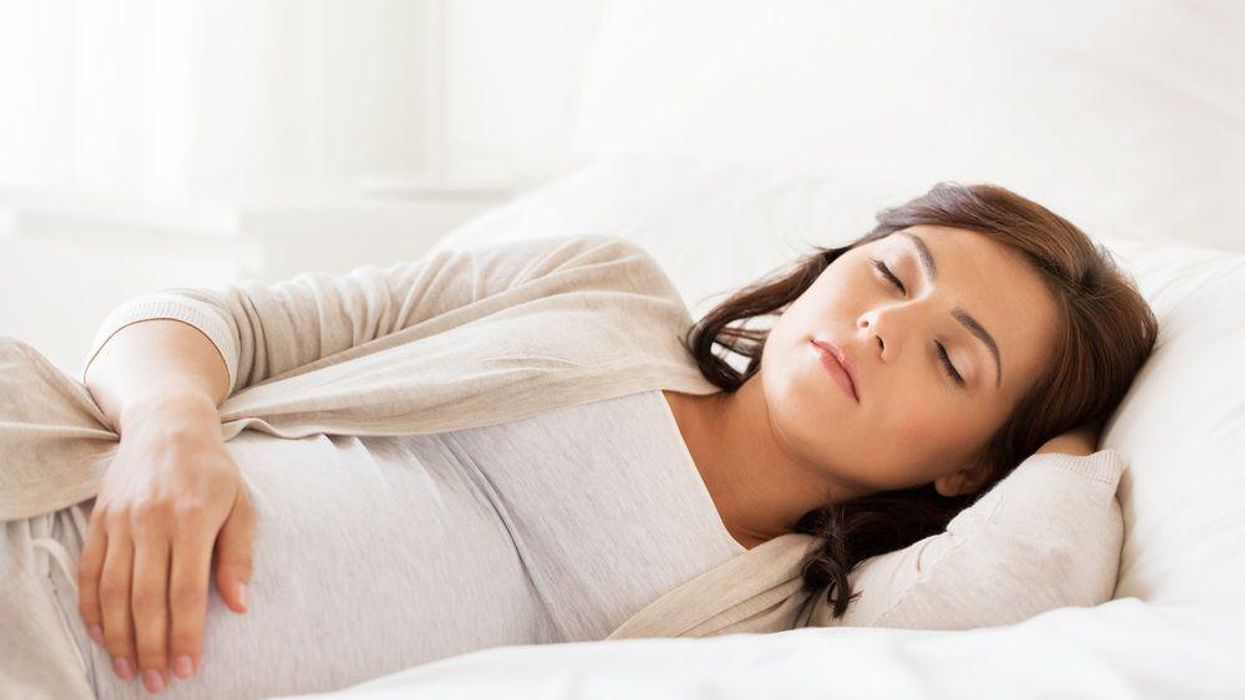 No one would think it odd for a pregnant woman to be eager to see her unborn baby. But what about having a look at that child before it's born? That's what 33-year-old Yesim Erdem-Holland did -- well, in a dream, that is.

"I had a dream about wanting to see my baby before he was due," she said. "I was pretty close anyway. So in my dream, I decided to cut my stomach open and see the baby. My purpose was not to take him out, just to feed my curiosity," she explained in the curious logic that often guides us through dreams. "So I cut myself open, took out the baby a bit, and found him really ugly and weird-looking. I tried to tuck him back in hoping that he would look better when he completed his term."

When Erdem-Holland woke up, she was relieved to see that her belly was still huge, with no signs of incision anywhere.

Such a dream may seem bizarre and unfathomable to many. But during pregnancy, it's common to have vivid dreams, some delightful, others strange or disturbing. Although some may be worrisome or perplexing, researchers say that dreams actually help expectant mothers prepare for the radical shifts in life that come with their baby's birth.

"It's very typical to dream of a deformed child, not being prepared, or giving birth to a furry animal," says Alan Siegel, a Berkeley, California-based psychologist, past president of the International Association for the Study of Dreams, and author of Dreams of Expectant Mothers and Fathers. "It doesn't predict that there's going to be something wrong. In reality, what dreams frequently do is rehearse the worst-case scenarios."

Expectant mothers, especially first-timers, understandably may feel anxious. "Dreams help you release some of the anxiety to help you deal with the enormous changes that are going to happen in your life," Siegel explains.

In fact, that's exactly what the dream was doing for Erdem-Holland. She was worried about some unusual physical trait showing up full-bloom in her son.

"You keep thinking that there's some kind of a recessive gene that will come out just for your baby. I had fears about having a six-fingered baby because my grandfather had six fingers," she adds. In fact, her fears were unfounded: Erdem-Holland's baby was born with the usual number of fingers and toes.

First-time mothers may also worry about doing a good job caring for their babies. "I was swimming in a big ocean and the baby just washed out of me," says one woman recalling a dream during her first pregnancy. "I couldn't find it, and it was this terrible feeling of loss. I thought the baby would die out there with no one to take care of it, and I never did find it. There was this haunting feeling that it might be really close, and the ocean seemed dark and really murky."

Having a new baby essentially involves forming a new relationship with a stranger. In her first trimester, Jennifer Tozer dreamed that she adopted a baby girl. "I didn't like her. I didn't feel a bond toward her and the strange thing was I was trying to nurse her, which is obviously difficult if you adopted the child," she says.

The fact that a baby means the beginning of a new relationship can also wend its way into dreams in unexpected ways.

"I had this dream that I was sitting in a cafe with my husband's younger brother, but it wasn't really him, and there definitely was a romantic tinge," relays another woman who's expecting her third child. "But I told him that it wasn't going to go anywhere because I was pregnant with my third child and I loved his brother."

To Siegel, such a theme is symbolic of turning your attention to your new baby. "It could be symbolic of being in love with your child, someone other than your husband," he says.

Pregnancy dreams, of course, need not be disturbing. They can be wonderful, even magical. According to Siegel, there are certain themes that appear not so much as psychological knots to unravel, but as a reflection of changes, physical and emotional ones, to come. As a pregnant woman's stomach expands, for example, so may the size of the creatures that appear in her dreams.

"In the beginning, you may dream of guppies," says Siegel. "At the end, you can dream of something like walruses."

Association for the Study of Dreams
http://www.asdreams.org