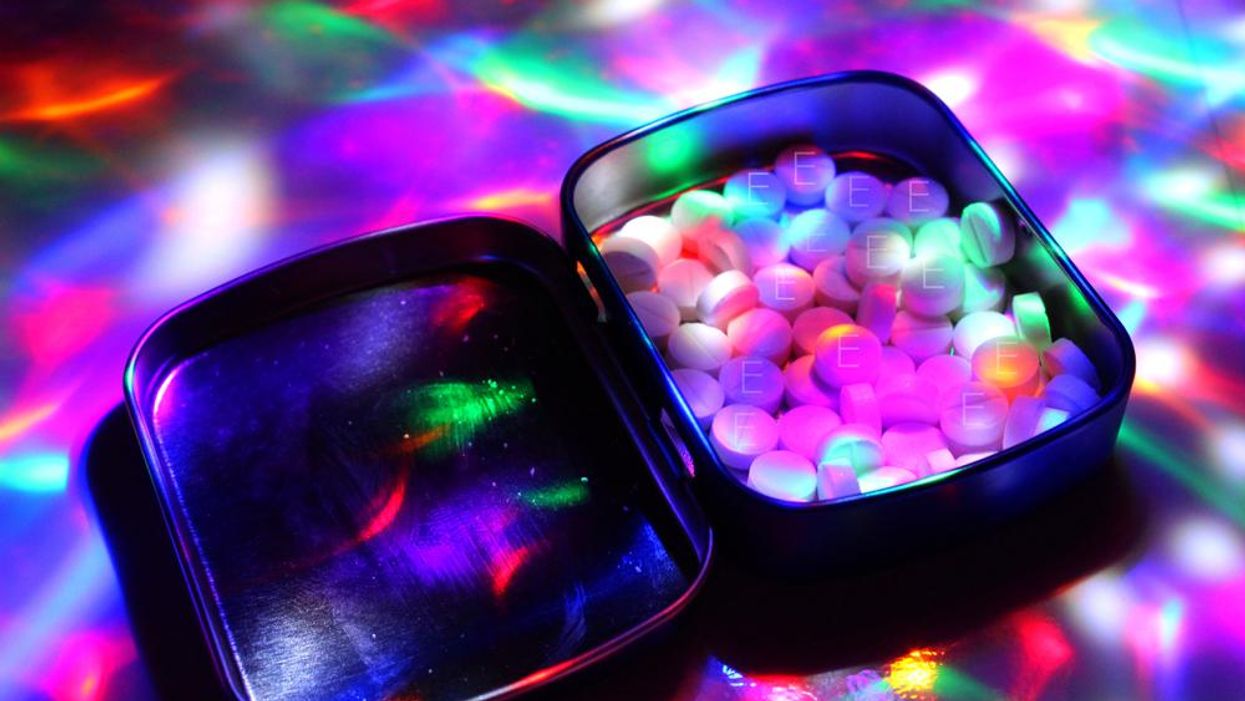 In recent years, Ecstasy -- also known as "E," "X," "Adam," and "lover's speed" -- has sped to prominence, both in clubs and in medical journals. Known chemically as MDMA (short for methylenedioxymethamphetamine), Ecstasy is a psychoactive drug similar to both the stimulant amphetamine and the hallucinogen mescaline. It's also a chemical cousin of the drug MDA (methylenedioxyamphetamine).

The use of ecstasy became widespread at "raves" (all-night dance parties) in the 1990s. And according to Listverse.com, it remains the fourth most popular illegal recreational drug in the world. Ecstasy's speedy quality keeps users awake, and its apparent ability to make users feel close to other people -- emotionally and physically -- make it a favorite with dancing club-goers. The drug has become increasingly popular among youth. In a 2007 survey, 6.5 percent of high school seniors and 2.3 percent of 8th graders reported having tried ecstasy. Its relative youth as a popular drug, the dramatic increase in emergency room cases (up from 68 in 1993 to 16,749 in 2006, according to the Drug Abuse Warning Network), and its potentially dangerous effects on the brain have sparked studies and debates among medical experts.

What are the effects of Ecstasy?

MDMA is sold illegally as tablets or capsules and taken orally. Within 20 to 40 minutes after taking MDMA, the user begins to feel invigorated and euphoric (some people feel nauseated as well). Feelings of love and empathy are common, making it a very social, communal drug. The effects last about 3 to 6 hours.

What are the risks with taking Ecstasy?

Quality control is such a large issue that an Albuquerque, New Mexico, group called DanceSafe formed to conduct on-the-spot purity tests at raves. They also offer a pill-testing kit and a mail-in service.

Not only does Ecstasy exhaust serotonin supplies, but extensive use can damage or destroy the very neurons that release the chemical, according to 15 years of animal research. Because of difficulties in conducting this type of research in humans, conclusive evidence of the impact in humans has not yet been established, but studies have shown that some chronic heavy users have verbal and memory impairments. Depending on use, memory problems can last at least a few weeks after taking MDMA, and preliminary research suggests that the effects may last far longer. In a Johns Hopkins University study, conducted with monkeys exposed to MDMA for four days, the neurotoxic effects of MDMA were evident in the animals six to seven years after the drug was administered. According to Dr. Amanda Gruber, associate chief of substance abuse in the biological psychiatry laboratory at the Harvard-affiliated McLean Hospital, the present scientific information singles out Ecstasy as one of the most dangerous street drugs available today.

While the scientific jury is still out on the extent of Ecstasy's addictive traits, research to date suggests a definite risk. According to Gruber, the drug shows definite reinforcing properties, which are earmarks of other addictive drugs. However, Ecstasy differs in that users develop tolerance so rapidly that they quickly burn out on the drug, unable to achieve the same levels of intoxication use after use.

The upside: the cycle of dependence is usually very short. But Gruber says the accelerated tolerance may suggest something frightening: irreversible neuron damage that hampers the brain's ability to produce the serotonin needed to deliver the high. Also, the post-X depressed mood, fatigue, and irritability many users report (sometimes lasting several days) indicates a form of withdrawal, another red flag of addictive drugs.

Are there any prescription drugs that can be dangerous if taken with Ecstasy?

Are there any illnesses that predispose users to adverse effects?

How can users prevent dehydration and hyperthermia?

The group DanceSafe is working to warn ravers about the potential dangers of X and about simple precautions they can take to stay safe. Their recommendations:

Just be sure to avoid sports drinks with any stimulants such as caffeine (and its herbal form, guarana) or ephedra (ma huang).