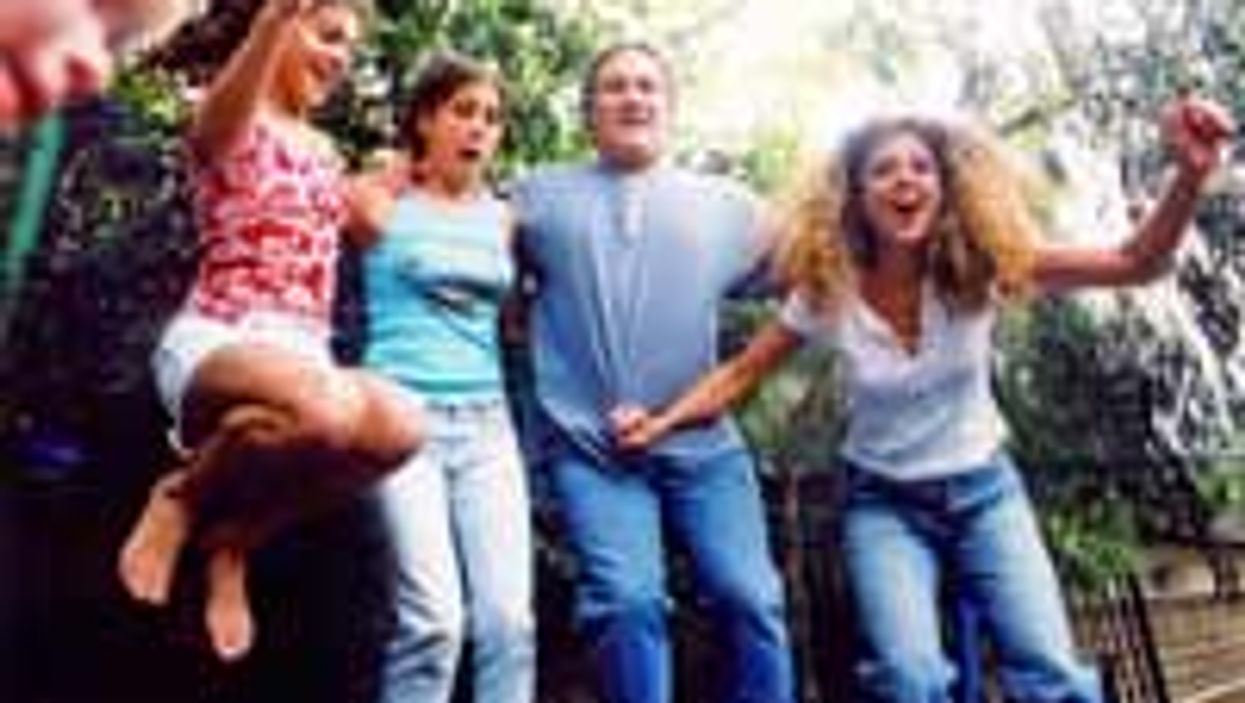 Fifty-six-year-old Susan Anderson* tries to tempt her 18-year-old daughter Annie with various options for lunch. Her daughter, however, seems to be a hard sell. "I have roast beef," her mother begins. "I don't like roast beef," Annie says immediately, wrinkling up her nose. How about ground meat with some taco seasoning, Susan asks, as if she's offering a rare treat. "Nah," says the college freshman, laughing at her mother's effort. Annie finally settles on ratatouille and cheese, a medley of peppers, zucchini, and mushrooms sauteed in olive oil.

The interchange between mother and daughter about lunch in the family's Berkeley, California, kitchen is a playful one. Nonetheless, both see food choices as a matter of life and death. One year ago Annie, a 5-foot-2-inch environmental studies major, weighed 236 pounds, became winded walking up a single flight of stairs, and was on her way to developing type 2 diabetes, a potentially deadly disease that until recently only struck adults. She also had a secret bingeing habit. "I'd head for the grocery store after school, buy all this junk food and then eat it all before my parents got home from work," explains Annie.

In the last year, however, Annie lost 75 pounds. Besides losing weight, Annie's ditched her old junk food habit, and works out regularly. She's had a couple food lapses in the last year, but the fact that she's been able to keep the weight off and keep on track has a lot to do with her mother, who herself lost 100 pounds some years back and has kept it off ever since.

The power of parents

Losing extra weight can be a struggle no matter what your age, but kids and teenagers like Annie face an especially steep challenge. Simply put, it's hard to change your life when you're not in charge. According to Melinda Sothern, PhD, an exercise physiologist with Louisiana State University and lead author of the popular childhood weight loss book Trim Kids, moms and dads generally have more control over a child's weight than anyone else, and that includes doctors, nutritionists, friends at school, and even the child herself. Kids can lose weight and keep it off, but they can't do it alone. No matter how deeply kids yearn for a slimmer body, they'll get nowhere without the support of the people who buy the groceries, make dinners, and set the rules.

Annie says she couldn't have shed the weight and kept it off without the help of her mother. "She helped me to learn to be better to myself," she explains.

Susan did more than give her daughter encouragement. She spent a lot of time figuring out creative ways to cook foods Annie liked that were allowed on her food plan. She also hired a personal trainer to help her daughter get herself moving and feeling motivated. Probably the most difficult for Annie was running the gauntlet of sugary sweets that lay ready to ambush her at friends' parties. Her mother, she says, helped her train her mind to think of food altogether differently. "She taught me that a treat isn't necessarily a food thing. It could be a long bath, a walk, a good book," says Annie.

Susan Anderson and other parents across the country are starting to fight back against childhood obesity -- and many are winning. They aren't putting their kids on radical diets or sending them on forced marches. They're attacking the problem with slow, steady, incremental changes, and their kids are slimming down.

Not long ago, doctors expected kids to take full responsibility for their weight. They'd lecture young patients on the dangers of extra pounds and urge them to get more exercise. The truly committed doctors would often send kids to see a registered dietitian. Kids would learn about counting calories and the food pyramid and the dangers of fatty foods. All the while, their parents were somewhere else: In the waiting room, at home, at the Kentucky Fried Chicken drive-through lane. The kids may have become experts at nutrition, but, not surprisingly, they weren't always champions at weight loss.

It was Annie's severe weight problem in her preteens that ultimately motivated her mother, Susan, to slim down herself. "I knew that it's hard for mothers and daughters in the teen years to talk about almost anything," she says. "But I don't think anything gets harder than food and weight issues. So I realized the best thing I could do for her was to model the solution."

Doctors and dietitians who turn all of their attention on overweight children and teenagers may be missing the real target. In many cases, it's the parents who need help. Consider two different treatment programs described in the American Journal of Clinical Nutrition. In one program, overweight children attended 30 sessions where they learned about the value of diet and exercise. A second group of overweight kids stayed home while their parents had just 14 educational sessions. After one year, the children in the second group had lost significantly more weight.

Nobody has found a single can't-miss approach for combating childhood obesity. Even something as simple as sending your child to school with a healthy lunch can make a real difference. But one thing is clear: The best programs involve the entire family. A landmark study published in the Journal of the American Medical Association dramatically illustrated the value of family-centered treatments. Leonard Epstein and colleagues from the University of Pittsburgh put 76 overweight children and their parents through one of three different educational programs. The basic content of each program was the same, but the approach was very different. One program strongly encouraged both children and parents to make healthy lifestyle changes, one encouraged change in children only, and one emphasized the importance of a healthy lifestyle but gave few practical tips for putting that ideal into action. Ten years later, the rate of obesity in the first group -- the group that took a family approach to the problem -- had dropped about 8 percent. In contrast, the rates significantly climbed in the other groups.

A healthy diet is at the core of every successful weight-loss program. Overweight kids don't need to starve themselves; instead, they should make a transition to well-balanced meals in moderate portions. Parents should serve more fruits, vegetables, and whole grains while putting a limit on fried foods, sodas, and sugary snacks. Experts warn against banning every high-fat or high-calorie food from a child's repertoire. Once a food is forbidden, children will seek it out when mom and dad aren't around, which is just what Annie used to do on her secret binges. When they find it -- at school, at a convenience store, at a friend's house -- they're likely to gorge.

Parents also have to take the lead to help their kids stay active in a sedentary world, Sothern says. She herself has pushed for more recess time at her 9-year-old's school. Of course, speaking up at PTA meetings is only one step in the right direction. Parents also have to keep their kids moving at home, she says. They don't need to junk the TV or invest in any fancy equipment. They just need to create an atmosphere where it's easier to exercise than to spend most of their time watching television.

When Annie is home from college, for example, the Anderson family often goes on hikes together. For younger kids, parents should tap into their child's penchant for play. "Set up a soft mat in the den, put a swing set or some balls in the backyard, put some trucks or a box of dress-up clothes in the playroom -- anything to get them away from the TV," Sothern says. Parents should join in whenever possible. They can take their kids on a walk (or, better yet, a nature hike), throw around a football, ride bikes together, or do anything else that sounds fun. Not only will parents improve their own health, they'll also be setting a good example.

Simply shutting down the TV for a few hours every day can be a huge step in the right direction. In one study, researchers at Stanford University convinced a group of kids to cut their TV time by one-third to one-fourth. The researchers told the kids not to change their diet or exercise level. After one year, the kids had gained significantly less body fat than a control group of other kids their age. They also had smaller waist sizes, waist-to-hip ratio, and body mass index.

As Annie helps her mom prepare lunch, she remembers that she was adamant about learning to cook when she was younger. In the last year she's come to understand why. "Deep down I feared that no man would ever marry me. But if I could cook well, he might at least marry me for my cooking," she says. Annie now feels comfortable enough working in the kitchen, but she no longer feels a desperate need to be there.

*NOTE: Name has been changed.

Golan, M. et al. Parents as the exclusive agents of change in the treatment of childhood obesity. American Journal of Clinical Nutrition, Vol. 67: 1130-1135.