What helps with the daily stresses of the job? For some, the antidote is yoga. 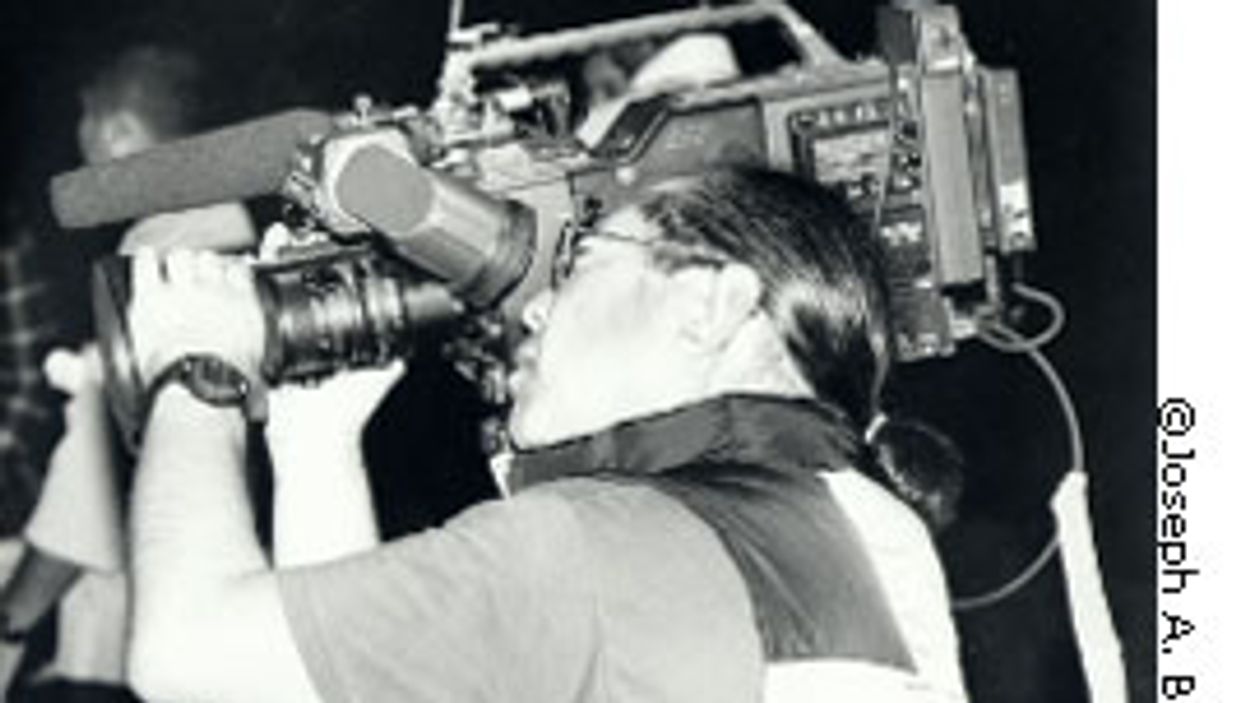 As a freelance cameraman for domestic and international news outlets for 16 years, David Lee has witnessed disaster on an epic scale. His work has taken him far and wide in search of some of the most vivid images of the last quarter century. In 1986, he landed in Mexico City after one of the country's most devastating earthquakes. Then, during the Los Angeles race riots in 1992 that followed the acquittal of police officers in the Rodney King beating, Lee drove into Hollywood just in time to catch on film the spectacle of looters attacking and burning rows of storefronts.

"We'd pull over, and looters would see us filming, and they would throw whatever they were stealing at us," says Lee. "We got chased by guys stealing tennis shoes. We ran from angry mobs several times. And the scariest thing about it was, we did not see one policeman."

Much like being a police officer or firefighter, operating a camera in the middle of a catastrophe can be an extremely risky enterprise. Camera operators who cover breaking news are often on the front lines. They're expected to arrive while the action's fresh and stay long enough to shoot plenty of footage. This can translate into long, exhausting hours on the road to get to a site; once there, it may mean waiting around for days heaving a 20-pound camera on and off your shoulder.

Even when working under optimal conditions -- inside an air-conditioned studio or as part of a film crew -- the endless hours of standing, squatting, and hefting heavy cameras under white-hot lights can take its toll on a camera operator's body.

All in the family

Nominated for five Emmys -- including two for filming the sitcom "Empty Nest" -- cameraman Jim Lunsford has worked in Hollywood for more than 30 years. He began his career in 1968 in Nashville, where he shot a live morning show featuring gospel groups and country western singers, but didn't receive his big break until the popular hillbilly comedy show "Hee Haw" moved from Hollywood to Nashville. Although Lunsford started out as a prop man, by "Hee Haw's" second season he was right where he wanted to be: behind the camera's viewfinder. From there, he went on to work as a cameraman on several other shows, including the biting 1970s social satire "All in the Family."

Lunsford, a slender man with a ready laugh and a glint of humor in his eyes, says the contortions a camera operator has to go through to film a shot from the best possible angle can strain even the most athletic body. "You get up. You get down. Up, down, up, down," he says, adding that, in particular, the constant squatting wrecked his knees. "Some guys get back problems, but I've had some operations on my knees," he says.

Far more stressful, however, was filming a live comedy show. While shooting "All in the Family," Lunsford says he was under tremendous pressure to get great shots without a retake. "Carroll O'Connor [who played Archie Bunker] didn't do things twice. Neither did the director, Paul Bogart. You had to get it right on camera the first time," he says.

Over the years, that kind of strain can build up. The pressures of the job, combined with easy access to drugs and alcohol, can lead to abuse -- although nowadays the environment on the set has changed. "In the 1970s, drugs were anywhere and everywhere," says a former Hollywood cameraman. "In the '80s, half the crew was [on] drugs; the other half was straight. Now, everyone is into health foods and no drugs are allowed on the set. Even cussing is frowned upon."

Besides high stress and musculoskeletal strain, cameramen fall prey to many of the same hazards as actors, including slips, falls and accidents (at least five camera crew members have been killed since 1980 while filming stunts for Hollywood films). Hearing loss may develop from the constant drone in their headsets. "In one ear I can hear people talking in the background, but with the other ear, I need people to talk right into [the microphone]," Lunsford says.

A yoga group for camera operators?

In recent years, some camera operators have turned to alternative treatments as well as mainstream medicine for relief from work-related injuries. After years of holding a camera on his shoulders, Lee's back problems became so severe that one day in 1997 he woke up in agonizing pain that was impossible to ignore. With a ruptured disk pressing up against his spinal cord, he could hardly sleep, much less work. Later that year, after a morphine prescription failed to relieve his excruciating symptoms, his doctor recommended surgery. Although the operation alleviated some of his pain, he was still far from 100 percent comfortable. Then, in 1999, Lee was forced to undergo more surgery for a hernia. Although the operation was successful, he still suffered from chronic back pain. In vain, he consulted a chiropractor and an acupuncturist. Finally, a physical therapist suggested he try yoga.

Ironically, at the yoga studio, Lee found himself on familiar ground: in the company of a group of camera operators, all of whom had back problems similar to his. The others had already found their way to the studio in the hopes that yoga's stretching and strengthening postures could help reduce, if not eradicate, their chronic pain.

"At first I was doing (yoga) because I couldn't find a form of exercise that didn't irritate the heck out of my body," Lee says. After six months of practicing the Eastern-based exercise regimen, he felt more limber and the pain in his back had diminished substantially. Lee continues to attend yoga classes faithfully twice a week.

Tips for avoiding injury behind the camera

After giving decades of his life to this intense business, Lunsford turned to acting. "It takes an eye to be a camera operator, a natural talent to see the visual picture," he says. "Then the mechanics fall into place. I tell camera guys I've trained, 'Put the viewfinder where you're looking.' The equipment becomes second nature."

National Press Photographers Association. An organization of about 9,000 members, this group includes still and television photographers, editors, students, and representatives of businesses that serve the photojournalism industry. The group also provides health and safety tips in its monthly magazine.

International Alliance of Theatrical Stage Employees (IATSE). The union represents technicians, artisans, and crafts workers in the entertainment industry, including live theater, film, and television production crews in the US and Canada. http://www.iatse-intl.org/

OSH in the Movies: This Time It's Personal. NIOSH Science Blog, Centers for Disease Control and Prevention. Last updated Nov. 5, 2010.