Veteran electrician John Sevcik has almost been electrocuted twice. He and other experts tell you how to avoid those close calls. 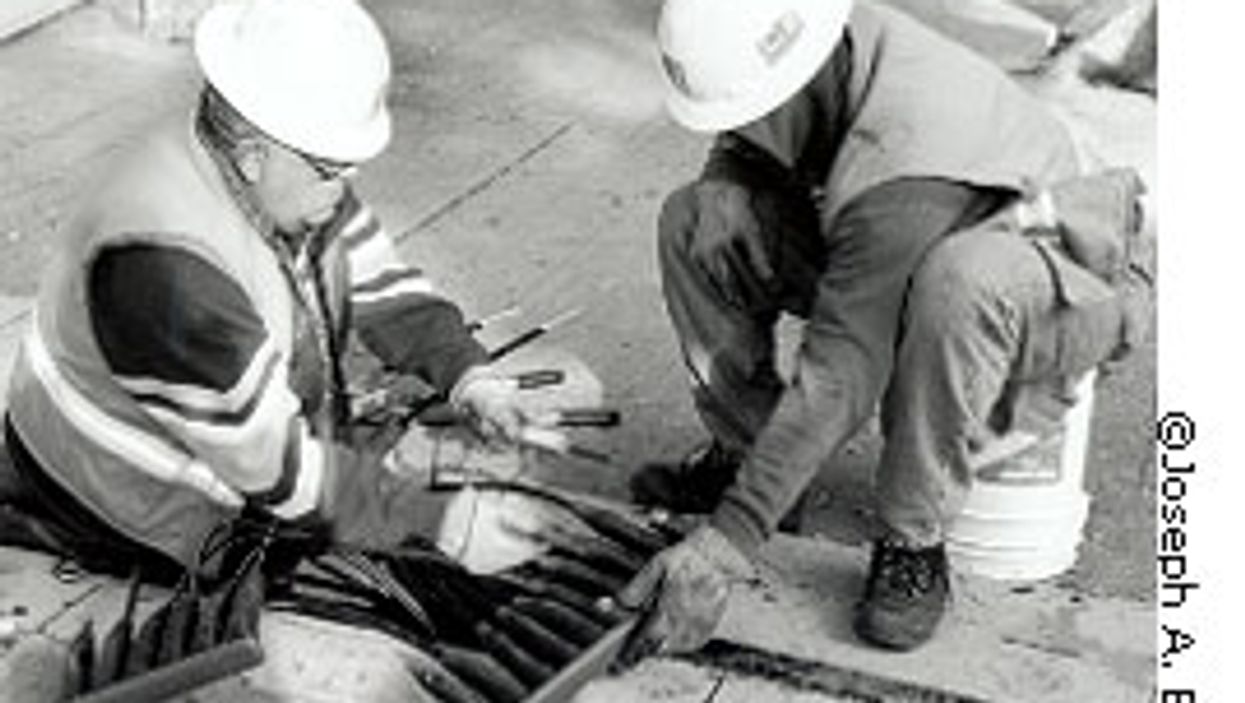 John Sevcik is an exceptionally meticulous man. Whether tending his yard or repairing a porch railing, he'll check, then recheck every detail -- once, twice, maybe even three times. No, he's not obsessive-compulsive. It's that as an electrician, he likes to play it 100 percent safe -- all the time.

"You have to have a healthy respect for electricity," says Sevcik, who has worked as an electrician around Cedar Rapids, Iowa, for almost 35 years. "You can't fear it, because you have to work with it. But you must respect it. You have to constantly remember that you're working with a very powerful, deadly force. One wrong move or stupid mistake and you put your life on the line, as well as the lives of your co-workers."

Currently an industrial electrician for a paper-manufacturing plant, Sevcik is accustomed to working with very high voltages of electricity that power heavy machinery. But even low voltages can be life-threatening, as he knows from hard experience: Sevcik has almost been electrocuted twice.

On one occasion, he had climbed a ladder to thread wire through a conduit. Under normal circumstances power to the line would have been cut, but not this time. An electrical current surged through one hand, traveled up an arm, crossed his chest, then descended the opposite arm to exit by way of his other hand. Trapped and unable to free himself, both hands locked onto the power line, Sevcik was frozen on the ladder, the muscles in his upper body rigid and screaming with tension. Fortunately, he had the presence of mind to jump clear of the ladder and break the deadly connection. The relatively low 115-voltage line could have easily killed him had the current passed through his heart.

Welcome to Voltage Central. Nearly half of the approximately 175 deaths caused each year in the electrical trades occur in construction, with electricians accounting for about 7 percent of total deaths in the building trades, according to the Bureau of Labor Statistics. A glance through federal safety reports on electricians tells the story, with one fatality report after another on the sudden deaths of electricians, often in their 20s and 30s, electrocuted while trying to fix wiring, appliances, light fixtures, air conditioning units, and underground power lines.

All electricians -- whether they work in industry, for commercial businesses, or in residential settings -- are exposed constantly to the danger of electricity. Interestingly, it's not the most common cause of injuries. Like construction workers, electricians spend a good portion of their time up in the air -- perched on ladders, adjusting overhead lines, scrambling over roofs, and crammed into ceiling crawlspaces -- so falls are common. Federal reports note that one young electrician's helper, for example, died recently when he stepped on a skylight that broke and sent him crashing to the floor below.

"Electrocution is actually pretty far down on the list of the most common injuries we see," says Bill Hanes, business manager for International Brotherhood of Electrical Workers (IBEW) Local 405. "Believe it or not, falls are our number one source of death and injury. This even surprises me."

Flash burns from electrical explosions are another cause of injury. "Every time an improper connection is made, an explosion can occur and small particles of metal or copper wire shoot off in all directions, like shrapnel," Hanes says.

Sevcik knows well that even a momentary distraction can result in a significant burn. As he was preparing a large alligator clip to hook up a test meter on a piece of equipment, he turned away for a split second. Aiming to attach the ground connection, he instead jerked his arm slightly, causing the clip to hit a 13,000-volt energized wire. Luckily, the rubber boot insulating the alligator clip protected him from flying shrapnel, but the explosive force of the accident burned his arm badly enough to require a trip to the emergency room.

Lurking in the walls

Environmental hazards such as lead solder abound at every job site. Electricians have made strides, however, in reducing some of the most deadly environmental hazards, such as exposure to cancer-causing asbestos. Sevcik can recall a time when it was common to saw asbestos piping without wearing protective equipment. Although today electricians exposed to asbestos that will be disturbed use respirators, those exposed to asbestos in the past needed to have routine check-ups to make sure their lungs were clear.

"A few years ago, asbestos probably would have been the number one health care concern for electricians, contributing to lung diseases and cancers," Bill Hanes says. "But now we know how to handle it properly. And with all of the removal efforts of the last decade, we don't run into it very often anymore."

Aside from these obvious hazards, the trade takes its toll on the body in other ways. Many electricians routinely suffer from chronic ailments, including back strain, hand abrasions from constantly pulling heavy wires through conduit, and repetitive stress from doing the same motion hundreds and even thousands of times. Sevcik says he knows of at least one or two electricians a year who have surgery for carpal tunnel syndrome, a pinching of the median nerve in the wrist. Although he has suffered symptoms off and on over the years, he says the technical nature of his current job has brought the disease more or less under control.

An electrician's apprenticeship program is long and arduous, because knowledge means safety. During the five years that apprentices spend in classroom instruction and on-the-job-training, they're never left alone on the job site. A journeyman electrician takes full responsibility for an apprentice's safety during training. As with any profession, companies vary in their professional ethics and safety standards. If you're an electrician, consider associating only with unions, companies, and contractors that make worker safety a priority. Most good job sites maintain a full-time safety officer who conducts weekly meetings on everything from ladder safety to safety training and enactments of real-life incidents that can result in injury.

Tips for working safely with electricity

Meanwhile, electricians who live to tell of their close encounters with electricity generally vow to be more careful in the future. John Sevcik was fortunate to sustain no lasting injuries from his two electrocutions, but they did serve as a powerful wake-up call. Still, despite all the potential hazards and dangers of an electrician's trade, Sevcik says he wouldn't want to do anything else. "I've seen a lot of people get hurt, and I've been hurt myself," he says. "But I also see the great positive powers of electricity. I'm in awe of how much it improves the quality of our lives."

To learn more about the dangers associated with exposure to asbestos, visit: http://www.epa.gov/region04/air/asbestos/inform.htm

Women's Preventive Health Service Use Down in 2020

Women's Preventive Health Service Use Down in 2020