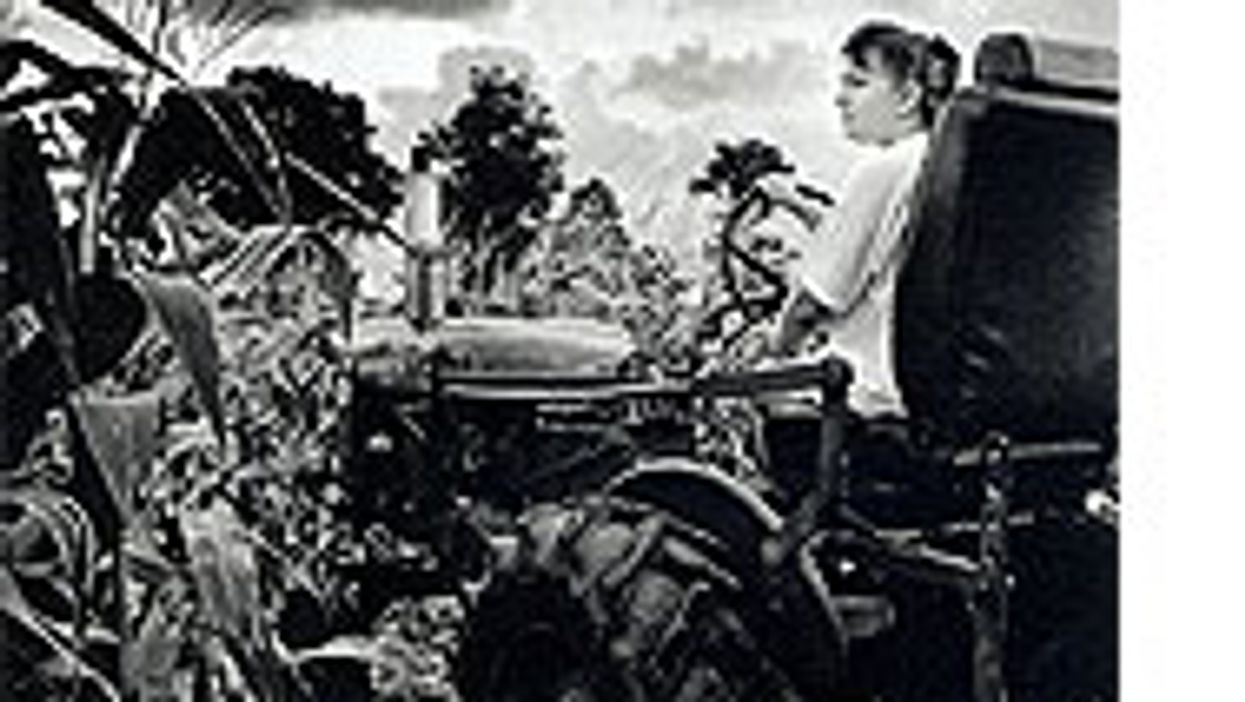 Like almost every rancher within 40 miles of Big Timber, Montana, 43-year-old Doug Lair raises sheep. (There's a reason the local high school sports teams are known as the "Fighting Sheepherders.")

Lair is typical in another way, too: He no longer has his full allotment of thumbs.

A few years ago, Lair was planting fence poles with a metal device called a "post pounder." His mind wandered for a moment, and his hands got in between the device and the posts. The tip of one thumb flew off, and the other thumb hung by a few threads of nerves and vessels. Lair put the thumb tip on ice, wrapped his bloody hands in a bandanna, and caught a ride to a hospital 90 miles away. Doctors were able to reattach the nearly severed thumb, but it was too late to save the tip of the other.

"You'd be amazed how many people this happens to," says Lair, who has shaken more than a few thumbless hands in his day. Such injuries may be common, but they are not inevitable. "A guy has to be careful and think about what he's doing, and that's where I blew it," he says.

It's a lesson every rancher and farmer should take to heart. People may envy the pastoral lifestyle, but raising crops and animals is hard, dangerous work. According to the Department of Labor, farm work is one of the deadliest occupations in America. More than 400 farmworkers die in worked-related accidents and more than 12,000 suffer disabling injuries yearly, the Bureau of Labor Statistics reports.

Roughly one-third of all farm deaths involve tractors. In the typical scenario, a tractor hits a pothole, flips over, and crushes the driver, or the driver falls from the tractor and is run over by it. Other common causes of death include suffocation in silos from gases or grain avalanches, farm truck accidents, electrocution from overhead wires, and getting stomped by animals, especially bulls and horses.

Even when farmers avoid such disasters, they're surrounded by other potential hazards. They lift heavy loads, spend countless hours in the sun, expose themselves to a menagerie of animal parasites and germs, breathe in large amounts of dust and mold, and frequently handle highly toxic herbicides and pesticides.

Any manufacturing plant that permitted such unsafe working conditions would probably be summarily shut down by an army of federal inspectors. But inspectors rarely go near America's farms and ranches. And while factory workers must comply with reams of safety rules, many farmers and ranchers have resisted federal safety guidelines.

A case in point: It's generally illegal for a child under 18 to operate heavy machinery, but at the urging of farmers, Congress has protected the rights of farmers' children to drive tractors at any age. (Roughly 145 children die each year in farm accidents, many of them involving tractors.) "All farmers care about safety, but they're not very happy with government regulations," says Stephen McCurdy, M.D., M.P.H., an associate professor at the University of California at Davis who has extensively studied the hazards of farming.

The regulations that do exist don't improve safety nearly enough, McCurdy says. For instance, the law now states that tractors made after 1976 must have roll bars to protect riders in a rollover, but the equipment is mandatory only for the 5 percent of farms that have 11 or more employees. Besides that, plenty of tractors go back farther than 1976

"For many farmers, it's a point of pride to use tractors from the '30s," McCurdy says. As a result, the National Institute for Occupational Safety and Health (NIOSH) estimates that 40 percent of the approximately 4.7 million tractors in use in the US do not have roll bars installed. Tractor overturns are the leading cause of agricultural deaths, according to NIOSH, so the agency is funding efforts to improve tractor safety by retrofitting old tractors with roll bars and campaigning for all tractors to have roll bar protection.

For maximum safety, tractors should have both roll bars and seat belts, but that's a combination rarely seen in the real world, McCurdy says. A recent survey of New York farmers found that both safety devices were in place less than a third of the time.

Other important tips for staying safe:

National Institute for Occupational Safety and Health. This agency is studying ways to prevent farm accidents and illnesses. Call 800/232-4636 for more information.