Experts say that chronic exposure to chemicals -- combined with poor ventilation -- can make the job hazardous to your health. 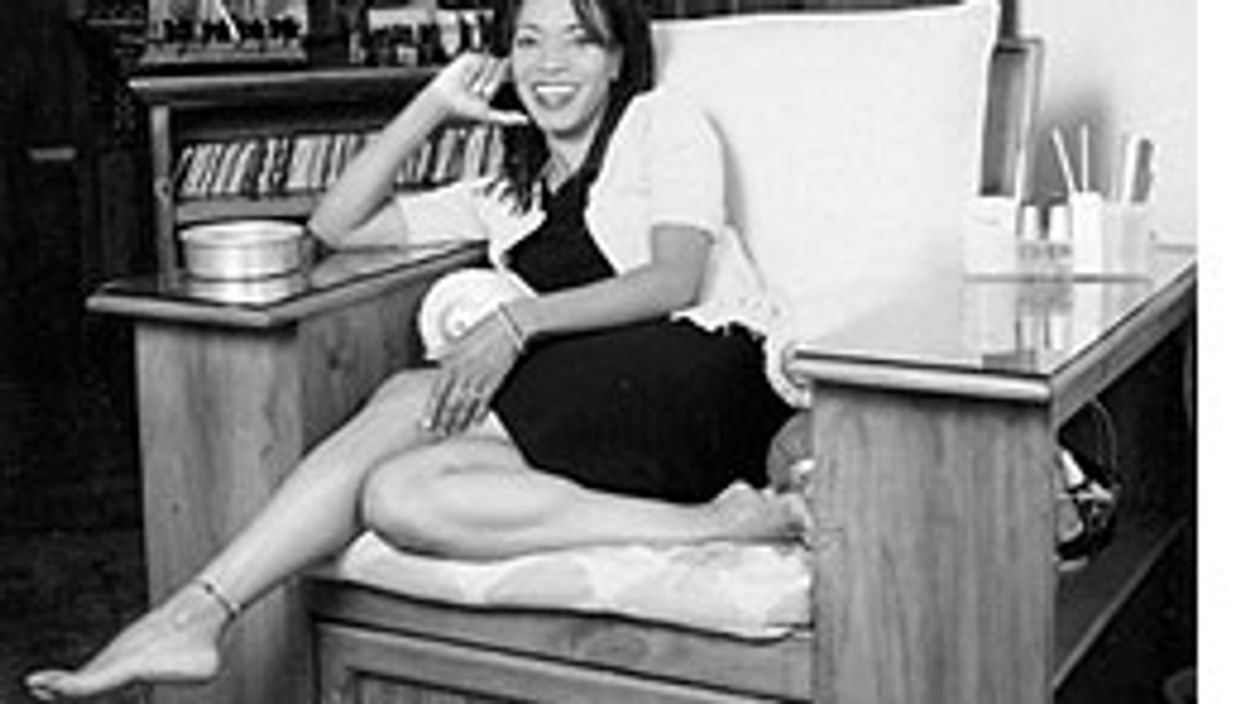 In 1986, nail technician Mary Vo began to suffer severe daily headaches accompanied by occasional nausea. A painful, persistent dryness in her nose propelled her into a round of fruitless visits to nose specialists. Finally, one of the many doctors who examined Vo diagnosed her problem as an allergy to an acrylic liquid and powder used in the manufacture of artificial nails. He advised her to give up her job immediately at the Encino, California, nail salon where she had been working for two years. But Vo had a family to support, so for the next 13 years she accepted the headaches as part of her life. Even when she changed salons, the nagging symptoms persisted.

"Every time I came back to the acrylics, I got sicker," she says. In October 1999, she was hired at a Beverly Hills salon that doesn't offer services in acrylics, and within a month her headaches disappeared.

Manicurists routinely handle solvents, chemicals, solutions, and glues. Many of these chemicals are irritants and can cause allergic reactions or affect the central nervous system. Like some other employees who work with chemicals or around dust for a living, many manicurists report nagging problems such as headaches, asthma, chronic cough, dermatitis, runny or dry nose, and fatigue or depression.

Two chemicals are believed to be the principal culprits behind many of the health problems: methyl methacrylate liquid monomers (MMA) and ethyl methacrylate (EMA). Both chemicals can trigger asthma, contact dermatitis, and allergies of the eyes and nose, according to the National Institute for Occupational Safety and Health (NIOSH).

In 1974, the Food and Drug Administration banned the use of all products composed of 100 percent MMA, and it is rarely used at all in nail salons today. EMA, however, is still commonly used in artificial fingernail products. Other chemicals used in nail salons -- acetate, toluene, and formaldehyde -- are also linked to headaches and skin and respiratory disorders; formaldehyde is also a suspected cancer-causing agent. Another chemical, dibutyl phthalate, which is used in nail polish and nail hardener, is linked to reproductive health and development problems in cases of prolonged exposure, according to the Environmental Protection Agency.

But hazardous chemicals aren't the only problem. Many nail salons are not only poorly ventilated, but fail to adhere to basic sanitation standards, according to the Nail Manufacturers Council (NMC). Julie Serquinia, owner of the Paint Shop in Los Angeles, where Vo is now employed, agrees that the conditions in many salons leave a lot to be desired. "I was kind of appalled by the things people could get away with," she says. In her own experience, she's observed that many nail technicians fail to wash or disinfect their instruments after using them on a client. "There's one place that would use paper towels in place of regular towels under your feet and hands," she says. "When they got done with them, they would just turn them over and use them again."

Nail technicians can protect themselves and their customers by making sure their workplace adopts the following guidelines, most of which have been endorsed by NIOSH and the NMC:

Besides learning how to handle chemicals, manicurists must also cope with the routine stresses of their job. For most nail technicians, one of the greatest perks of the job is the opportunity to interact with a wide variety of people, but occasionally this becomes a liability, Serquinia says. Customers are often difficult to please, causing undue stress for employees. She has even seen customers bully new technicians into providing additional services at no extra cost. Serquinia advises unseasoned manicurists to maintain good relationships with their bosses and co-workers so that they can consult with them about problem customers, if necessary.

Serquinia adds that loquacious customers tend to be more problematic than rude ones. "Remember that as a nail technician, you're not a psychiatrist," she says. "That's not really your role. Doing nails is like being a bartender or a hairdresser. Customers sometimes need a shoulder to cry on. Just remember that you're only human and that you can't solve the problems of the world."

A division of the Professional Beauty Association, the NMC works to elevate safety standards in the nail industry. For salon owners, the NMC has created a list of professional guidelines for the health and safety of nail technicians.

Established in 1970, NIOSH is a federal research agency which makes recommendations to help employers prevent job-related injuries and illnesses.

Controlling Chemical Hazards During the Application of Artificial Fingernails. National Institute for Occupational Safety and Health.

Phasing out the toxic trio: a review of popular nail polish brands, A report by the National Healthy Salon Alliance, May 2009