"I really enjoy the patients -- it's the work that's hurting me" 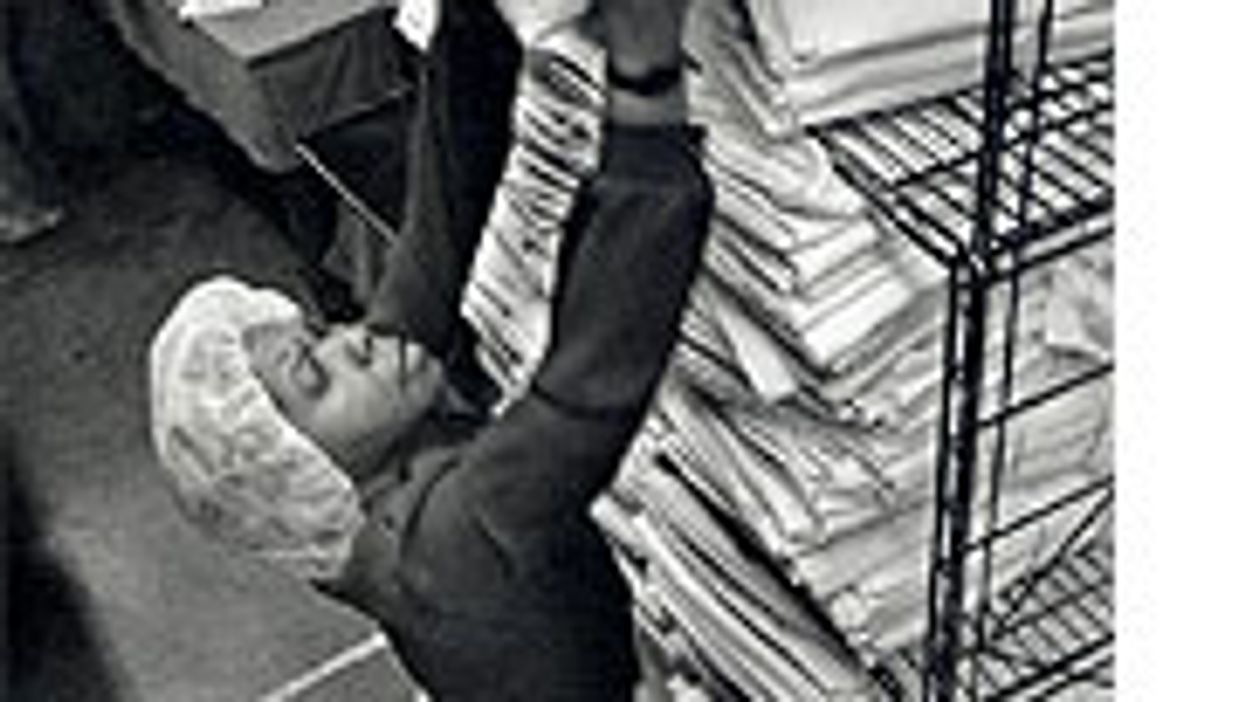 When 51-year-old Bob Lewis worked as a nursing assistant on the teen psychiatric unit at St. Mary's Medical Center in San Francisco for more than two decades, he was pushed, jumped, and pummeled on the back. And that's not the worst of it.

Once a girl in a suicidal rage charged him, biting a nipple so hard it tore the skin and bled. As a precautionary measure, doctors gave him a tetanus shot that proved even more painful than the bite itself. When he suffered a severe reaction to the anti-toxin, he was forced to take time off work to recover. The incident hurt Lewis' pride because he's always taken great pains to avoid just such assaults. "No matter how careful you are, you're going to get hurt," says Lewis soberly.

Assault from patients is an ongoing hazard at many psychiatric facilities. After nurse Donna Gross was robbed and killed by a patient in the criminally insane ward of the Napa State Hospital in California in October 2010, grieving colleagues said they had long complained the facility was dangerous. "You're constantly living in fear for your life," a registered nurse who spoke on the condition of anonymity told the San Francisco Chronicle. "You have to have eyes in the back of your head and always be looking for an exit." But although patient assault on workers in psychiatric wards may be the gravest threat many workers face, the everyday hazards at most hospitals also take their toll.

Back injuries and other repetitive stress and muscle disorders are among the most common injuries affecting hospital workers, from janitors and laundry machine operators to radiology technicians and physical therapists. People who work with patients every day-- including nursing assistants, orderlies, and patient attendants -- are twice as likely to suffer these types of injuries as the average worker.

"The main hazard in hospitals and nursing homes comes from patient handling and the lack of equipment and lack of adequate staffing," says Jim August, director of the occupational safety and health program for the American Federation of State, County and Municipal Employees (AFSCME), which represents many workers employed at hospitals.

The Occupational Safety and Health Administration (OSHA) has a set of voluntary ergonomics guidelines to prevent musculoskeletal injuries in nursing homes. Some healthcare workers are going a step further. Certified nursing assistant Elaine Charles-Pierre and other employees at a New Jersey nursing hospital formed a safety committee to ensure that the hospital purchased new devices to lift patients, shower chairs, and electric beds to replace mattresses on the floor and outdated hand-cranked beds.

Over the years, 57-year-old Charles-Pierre has spent extended time off the job to recuperate from surgery for herniated disks in her back, carpal-tunnel syndrome in her wrists, and overstressed knees. She blames her many injuries on years of lifting, turning, and moving patients, and adjusting beds by hand.

"I really enjoy being with the people and the work," she says. "But it's the work that's hurting me."

"The solution for many of these (injuries) is simple," she adds. In her case, she says, electric beds would have eliminated some wear and tear on her body. "That would save a lot in the long run for everybody who works here."

Ironically, the very environment where patients heal poses a variety of health risks to hospital workers. Doctors and nurses are exposed to infectious diseases and needlestick injuries, among other hazards. They also suffer from stress, burnout, and compassion fatigue.

Housekeepers are exposed to detergents and disinfectants that can cause throat and eye irritation, and skin rashes; worse, they may encounter improperly discarded needles. Maintenance workers come into contact with solvents and asbestos, and they risk shocks from working on electrical outlets. Radiology technicians need to protect themselves against radiation from X-rays, radioactive isotopes, and chemicals. Operating-room workers face an increased risk of reproductive problems when exposed to anesthetic gases used in surgery.

The risk of contracting communicable diseases -- by way of accidental needle sticks or inhaling the airborne bacteria that cause tuberculosis -- is a growing threat to healthcare workers.

Indeed, an estimated 600,000 to a million healthcare workers -- including nurses, laboratory staff, doctors and housekeepers -- are stuck each year by contaminated needles that could expose them to potentially life-threatening diseases such as AIDS and Hepatitis B or C. (Hepatitis C, although a slow-moving disease, can eventually cause liver failure or cancer.)

A 2008 American Nurses Association survey of 700 nurses revealed that 74 percent reported that they were stuck by a contaminated needle. The Centers for Disease Control and Prevention (CDC) has also recorded more than 55 cases where HIV was transmitted to health care workers on the job. Most of the cases involved nurses and laboratory technicians.

But the risk of getting HIV from contact with blood infected with the virus is still rare, according to one project that looked at 20 different studies. Of the 6,498 exposures to the virus tracked in the studies, only 21 -- or 0.3 percent of the workers -- were actually infected.

To prevent such infections, OSHA guidelines recommend a series of precautionary measures for hospitals and health-care employees. In 20000 Congress also passed Needlestick Prevention and Safety Act, which required hospitals to provide safe needles to its workers.

These preventative measures seem to have dramatically improved conditions for hospital workers. The International Healthcare Worker Safety Center at the University of Virginia reported in its journal, Advances in Exposure Prevention, that nurses saw a 51 percent decline in needlestick injuries over an eight-year period.

The highly infectious disease tuberculosis, which is still a leading cause of death around the world, also poses a threat to hospital and other healthcare workers. Strains of TB that are resistant to many drugs, which have been reported in some 40 states, are among the worst, according to the National Institute for Occupational Safety and Health (NIOSH). In one case, a nurse working at a major medical center contracted multidrug-resistant TB while caring for patients. Unable to work for two of the three years of her treatment, she had to undergo surgery to remove half of an infected lung.

Fortunately for Lewis, he was able to move out of the psych unit into a less hazardous job transporting patients. While his present job is in many ways less hazardous, his work still poses substantial risks.

Lewis says the best part of his job is working with people, both patients and fellow staff. Helping patients, whether troubled young or sick elderly, is rewarding, he says. "It's really what I like most. I'm good at it. And despite the problems, the vast majority of the people I work with make it the place I want to be."

American Nurses Association (ANA) lobbies government on safety issues and offers general information about the nursing profession and links to state nursing organizations and other sites.

2008 Study of Nurses' Views on Workplace Safety and Needlestick Injuries.http://www.nursingworld.org/

Guidelines for Protecting the Safety and Health of Health Care Workers, NIOSH. http://www.cdc.gov/niosh/hcwold1.html