Reporter Daniel Pearl's death in Pakistan brought home the truth that no journalist is truly immune. 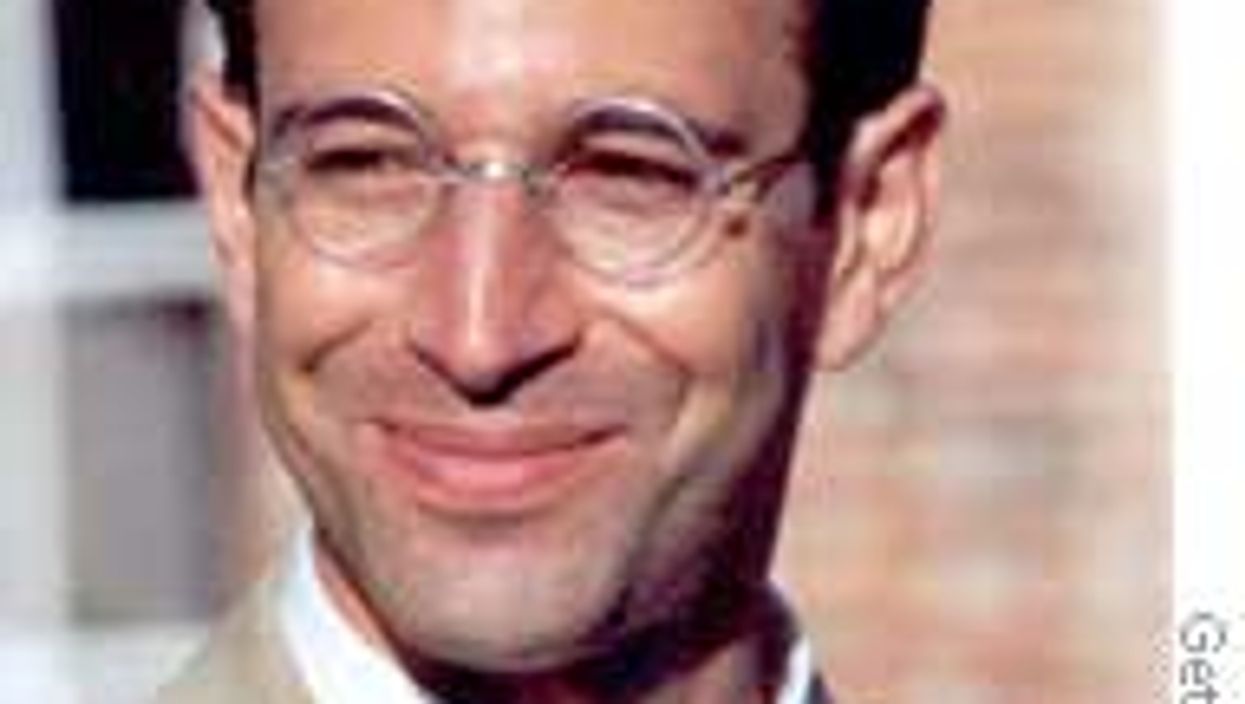 Wall Street Journal reporter Daniel Pearl had already decided against traveling to Afghanistan to cover the story on terrorism. His wife was expecting their first child, and by all accounts, the Journal's 38-year-old bureau chief in South Asia believed he was less of a target in Pakistan.

To many reporters, his choice to meet a Muslim militant in a Karachi restaurant in early 2002 would have seemed relatively safe. Now, looking back on Pearl's kidnapping and gruesome murder, some journalists are rethinking the timeworn notion that they stand apart from world events, off-limits and -- except for the stray bullet -- untouchable. Now it seems that the press badge dangling around a reporter's neck is more of a magnet for terrorism than a talisman against it.

These days, journalists are even more exposed to danger as turmoil rages in the Middle East and North Africa. In January 2011, Rupert Hamer, a veteran war correspondent for Britain's Sunday Mirror, was killed in a blast near Hawa, Afghanistan, when the U.S. Marine armored vehicle he was traveling in was hit by a roadside bomb. Sunday Mirror photographer Phillip Coburn was injured in the blast. In one 24-hour period in February 2011, the New York-based Committee to Protect Journalists documented 30 detentions and 26 assaults among members of the media in Afghanistan.

In Egypt, CNN correspondent Anderson Cooper and his crew were assaulted in Cairo during the uprising in early 2011. And CBS foreign correspondent Lara Logan was beaten and sexually assaulted by a group of men after getting separated from her crew in the chaos following President Hosan Mubarak's resignation. And in Libya in March 2011, Col Muammar el-Qaddafi's security forces physically abused and psychologically terrorized three correspondents for the British Broadcasting Corporation and detained them for 21 hours.

Assaults and deaths of members of the media are so widespread that in May 2010, President Barack Obama signed the Daniel Pearl Freedom of the Press Act, which requires the State Department to file a yearly report on assaults and imprisonment of journalists.

Covering war and civil unrest has always been a dangerous job. Hundreds of reporters, photographers, and camera operators have died in battlefields and dusty villages throughout history. But as far as American reporters are concerned, murder used to be a rarity. The players on these battlegrounds used to see reporters as outsiders who were chronicling events, at worst, a nuisance, at best, opinion-makers who might be persuaded to write sympathetically about their cause. Now, in some regions, reporters are viewed as operatives. Pearl's kidnappers accused him of being a spy for the CIA or perhaps for Israel.

The Committee to Protect Journalists reports that 851 journalists were killed between 1992 and March 10, 2011 in countries as diverse as Iraq, Mexico, and Honduras. In 2010, reporters covering Pakistan suffered the worst casualties in the world, and the majority of the 42 journalist deaths worldwide came from suicide bombings and violent protests, the journalists' committee reports.

"I am left with the feeling that perhaps it really isn't worth the risks," Mark Kukis, a freelance correspondent for United Press International, told the San Francisco Chronicle just days after the announcement of Pearl's death.

But Kukis adds that the risks come with the territory, and reporters can't do their jobs if they don't venture into places where they might be in danger. Everyone tries to use his or her best judgment, but in some cases, amenities like reaching your destination without a threat against your life can be difficult.

Anna Badken, who covered the war in Afghanistan for the San Francisco Chronicle, filed a harrowing personal story about having to pay five security guards $100 each to protect her on a route dubbed the Death Road, where four Western journalists were slaughtered in late 2001. Later on the same road, her "bodyguards" tried to rob her but were thwarted by Northern Alliance soldiers.

If the Middle East is the current danger zone for journalists, other parts of the world have been equally horrifying. In January 1999, soon after violent guerrillas overran Freetown, the capital of Sierra Leone, Associated Press reporters Ian Stewart and Myles Tierney and photographer David Guttenfelder, arrived in the West African nation to cover the story. On January 10, they were riding in a convoy with soldiers from the Nigerian-led peacekeeping forces when they were ambushed. As they rounded a corner, five rebels wearing jeans and flip-flops, one in a bowler hat, opened fire on their car. Tierney was killed in the attack, Stewart was gravely injured, and Guttenfelder was lucky to escape with minor injuries.

In other parts of Freetown, rebels from the Revolutionary Armed Forces were hunting down local journalists, whom they blamed for reporting on their terror tactics, which included cutting off the hands of civilians. During the three weeks that the rebels occupied Freetown, seven other journalists were murdered. Several local reporters were hunted down and dragged from their homes. One editor was executed along with his entire family.

Reporter Claudia McElroy who covered the conflict in Sierra Leone in 1997 for The Guardian of London, said her time in the country was frightening. "We (journalists) lived in a state of fear and self-censorship -- not least because human rights abuses were committed, in differing degrees, by all parties to the conflict."

Murdering a journalist is what grabs attention, but there are other, subtler methods of intimidation. Authoritarian governments, military commanders, guerrilla forces, corrupt politicians, and organized criminals around the world have an arsenal of techniques at their command, including assaults, death threats, kidnapping, imprisonment, and censorship. "One of the worst dangers is self-censorship," said a former editor at La Opinion of Argentina, who received numerous threats during that country's so-called "Dirty War" against dissidents. Recalling that the ruling government had persecuted therapists and opposed even the publication of psychological terms such as "subconscious," he says that editors had to be alert for signs that they were censoring themselves.

Sometimes a reporter has to indulge in a little dark humor just to make the whole experience bearable. Author Eduardo Galleano, formerly a journalist in Latin America, recalls receiving a threat to blow up his office if he continued a certain investigation. Something in him snapped. "I'm sorry -- we only accept death threats from 3 to 5 pm," he said, and banged down the phone.

While journalists in the United States generally don't confront the same kinds of physical danger as their colleagues in other parts of the world, violent attacks against reporters, particularly immigrant journalists who write for foreign language publications, are more common than most people realize.

In fact, six journalists have been murdered in the United States since 1992, according to figures from the Committee to Protect Journalists. The most recent casualty was Chauncey Bailey, Editor-in-Chief of the Oakland Post, who was gunned down in August 2007. In April 2009, a grand jury indicted Yusuf Bey, the leader of the now-defunct Oakland, California, based Your Black Muslim Bakery on charges that he ordered Bailey killed. Bailey had been investigating the organization.

Of the other journalists murdered in the United States, most wrote for their audiences in Spanish, Vietnamese, or Haitian Creole. Between 1981 and 1990, five Vietnamese-American journalists were murdered, apparently by right-wing groups angered by their more liberal views.

Of course, the majority of U.S.-based reporters still operate in relative impunity, and are far more likely to fall prey to hazards such as repetitive strain injury, job stress from daily deadlines, or the aftershocks of trauma. In a report published in the American Journalism Review, Sherry Ricchiardi described the mental anguish that covering wars, famines, murders, and mayhem can produce even in veteran reporters. While journalists are always on the front lines -- from the Oklahoma City bombing, to the Columbine High School shooting, to wars in Africa and the Balkans -- there is a taboo in the profession, Ricchiardi writes, against seeking psychological counseling.

Journalists who cover these horrific stories sometimes experience nightmares, insomnia, flashbacks and other symptoms of post-traumatic stress disorder. Some newsrooms are recognizing that these responses can be debilitating, and are offering free counseling and other stress-relief benefits. But despite these advances, journalism's macho roots run deep. Reporters and photographers are expected to witness an execution in the wee hours of the morning, dispassionately file on deadline, and move on to the next story.

Hector Tobar eventually had to leave his job at the Los Angeles Times because of the stress. By then he'd covered numerous homicides, including murders of children, the Los Angeles riots and the gas explosion in 1992 in Guadalajara, Mexico, which killed 194 people and left thousands homeless.

"I remember going into the morgue in Guadalajara, seeing all those bodies covered in ash," says Tobar, who is now back at the Times. "I started having recurring nightmares -- for a year -- after the LA riots, one in particular of the freeway where people are grabbing drivers out of cars," says Tobar. "I've interviewed so many parents who've lost children. Some become inconsolable, some get angry. That's their focus, their anger. I've become an overprotective parent. You can't be exposed to that without your psyche being affected."

What keeps many journalists going, despite the physical and emotional risks, is both the excitement that comes with covering a dangerous story and the sense that by doing so, you're making a difference. When this conviction begins to lag, the effect can be psychologically devastating. South African photographer Kevin Carter, who took the 1994 Pulitzer Prize-winning photograph of a starving girl in the Sudan being stalked by a vulture, committed suicide only a few months after receiving the award. In a letter to Time magazine after his death, Carter's sister wrote, "The pain of his mission, to open the eyes of the world to so many of the issues and injustices that tore at his own soul, eventually got to him... Kevin always carried around the horror of the work he did."