It's a healing profession, but nurses suffering from overwork and exhaustion could use some healing themselves. 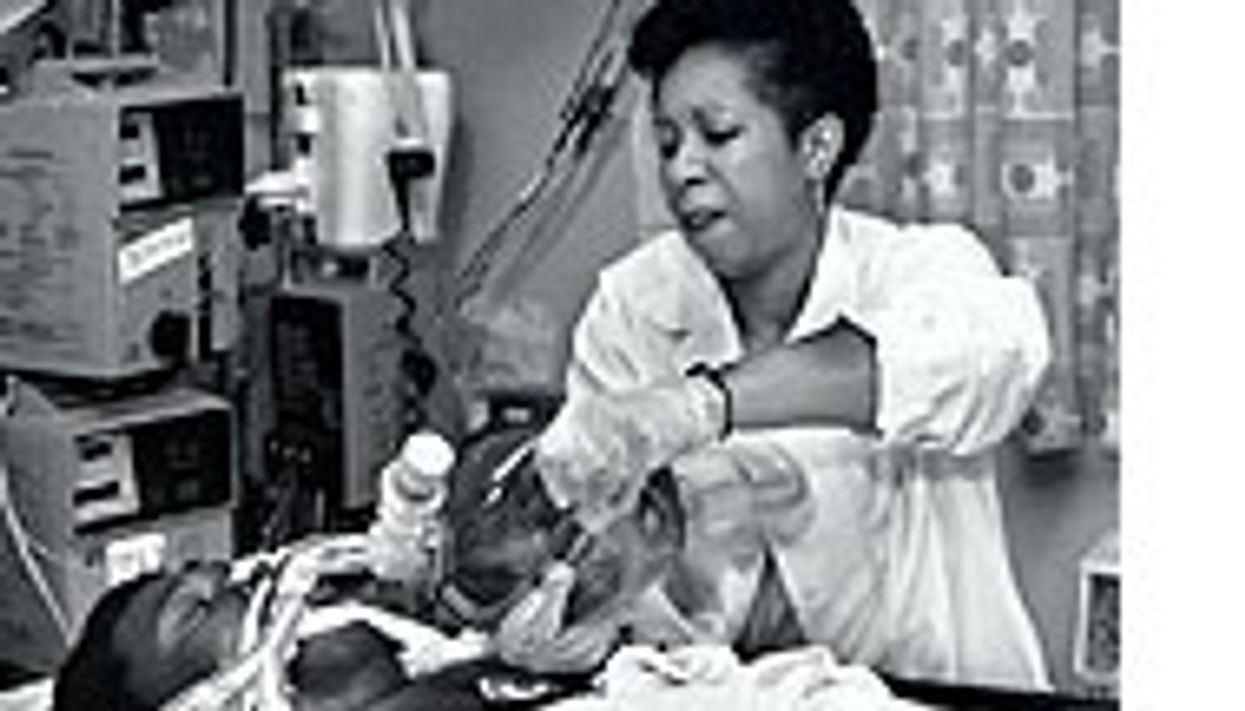 In July 1998, Karen Daley was working as an emergency-room nurse in a Boston teaching hospital. With more than two dozen years of nursing experience behind her, Daley did something she had done at least thousands of times before without thinking: After drawing blood from an injured patient, she turned to throw the needle away. But this time was different -- the tip of the needle punctured Daley's right index finger. Daley knew the accident increased her risk of contracting HIV and hepatitis C, and her first reaction was rage and denial.

"I was angry that it happened," says Daley. "I didn't want to report it. I was making believe it hadn't happened."

But within a few weeks, Daley became nauseous, doubling up with stomach pain. Her weight began to plummet. Usually, it takes just a few weeks to months for HIV exposure to register in a blood test, but in rare circumstances, it may take longer. Daley felt as if she were being held hostage during the entire wait. Then, in January 1999, her worst fears were realized: She had developed both hepatitis C and AIDS. Just one year later, Congress passed the Needlestick Safety and Prevention Act, which requires hospitals to use safer needles and take more precautions.

Many nurses like Daley love their work because they enjoy caring for ill and injured people. As the largest group of health-care workers, they're essential to America's hospitals, nursing homes, schools, and public health clinics. But they also face dangers -- such as potentially deadly needlesticks -- that they could not envision even a few decades ago.

Nurses are exposed daily to many other hazards, including infectious diseases, radiation, and allergic reactions to latex gloves. They suffer back injuries and falls when the job calls for them to move and handle patients, often alone. And staffing shortages mean that many are overworked and unable to give patients the kind of care they want to, causing enormous stress.

The nursing profession, in fact, sees more accidents than some industries that would be considered more hazardous. In 2006, the health care and social assistance sector had more non-fatal occupational injuries than any other private sector service-providing job, according to the Bureau of Labor Statistics.

These hazards are among the reasons that fewer young people are entering the profession than in the 1980s, according to a study reported in the Journal of the American Medical Association. "It's safe to say the vast majority of our nurses are under siege," says Kay McVay, president of the California Nurses Association (CNA), who worked for 43 years as a registered nurse.

Some nurses threatened by violence

Many nurses are threatened by the very people they're caring for. The Bureau of Labor Statistics estimates that there are about 2,600 non-fatal assaults on hospital workers each year - a rate over four times the rate for the private sector as a whole.

In November 1999, for example, a patient at a Peoria, Illinois, mental health center pushed registered nurse Mary Grimes so hard that she cracked her skull on the floor and fell into a months-long coma. The incident alerted the profession to examine the growing hazards facing the nursing industry, experts say. According to the Occupational Safety and Health Administration (OSHA), more assaults occur in the health care and social services industries than in any other, and about a third of 600 nurses surveyed said they had been assaulted by patients wielding anything from guns to chairs.

Nurses who see patients alone or work alone in isolated wards or in units where people can simply walk in off the street are more likely to be targets, according to Nursing Management magazine. Nurses who work in emergency rooms are also vulnerable to physical assaults, OSHA researchers say, because patients and their relatives can easily smuggle in guns. In addition, more violent people tend to end there.

A 2009 survey by the Emergency Nurses Association found that more than 50 percent of ER nurses had experienced violence from patients. About 25 percent of nurses in the ER had been attacked by patients 20 or more times from 2006 to 2009, the survey found. The survey attributed the higher rate of workplace violence to long wait times, short-staffing, and a large population of patients with psychiatric, or drug and alcohol problems.

"You go into the emergency room, and you never know who's going to come through the door," McVay says.

Who's taking care of the nurses?

Today, nurses are more highly trained than ever. Registered nurses typically have four years of training and help plan the patient's care. When short-staffed, both RNs and licensed vocational nurses (LVNs) may find themselves doing tasks normally reserved for nursing aides -- lifting patients, transferring them to wheelchairs, or turning them in bed, thus increasing their chance of back and muscle strain. In 2005 alone, 20,100 registered nurses in private industry reported work-related disorders that forced them to take time off or restricted their ability to work.

During registered nurse Nancy Casazza's three decades on the job, she suffered her share of back injuries, some so severe that she had to go on disability until she healed up. And like many other nurses, Casazza attributes the work-related back and neck injuries to staffing cutbacks.

Help may be on the horizon, however. Between 1993 and 2001, nurses saw needlestick injuries decline by 51 percent. Then in 2001, congress passed a long-awaited needle safety law.

Hospitals are also doing more to attract nurses to their workplaces. Some hospitals and clinics are combating a shrinking pool of nurses by offering incentives, including signing bonuses, tuition, flexible hours, and help with student loans and childcare. Others have independently adopted "safe needles" with safety caps, latex-allergy screening programs, and workplace-violence training programs. And see our tips for avoiding common nursing hazards for steps you can take to make your job safer.

Meanwhile, Karen Daley is reconstructing her life after having it turned upside down by the discovery that she had contracted AIDS on the job. She still serves as president of the Massachusetts Nurses Association, and even though she no longer works as a nurse, she is still committed to improving working conditions. She appeared before Congress to lobby for the bill to protect health care workers from needle sticks by requiring hospitals to use safer needles.

"My injury happened [even though] I was observing the proper precautions," Daley says. "We can do more to increase safety."

Offers general information about the nursing profession and links to state nursing organizations and other sites.

This union represents over 1.2 million health care workers, including about 110,000 nurses, and lobbies government agencies on safety issues.

An affiliate of the American Federation of State, County and Municipal Employees (AFSCME), UNA represents over 60,000 nurses. It also offers safety information and fact sheets on safety and health.

Nursing World, Workplace Issues: Occupational Safety & Health, "Workplace Violence: Can you Close the Door on it?"

Bureau of Labor Statistics. Workplace Injuries and Illnesses in 2006.