They're critical to good care in nursing homes, hospitals, and private homes. But repeatedly lifting patients -- using outdated equipment or none at all -- has left many aides in danger of disabling injuries. 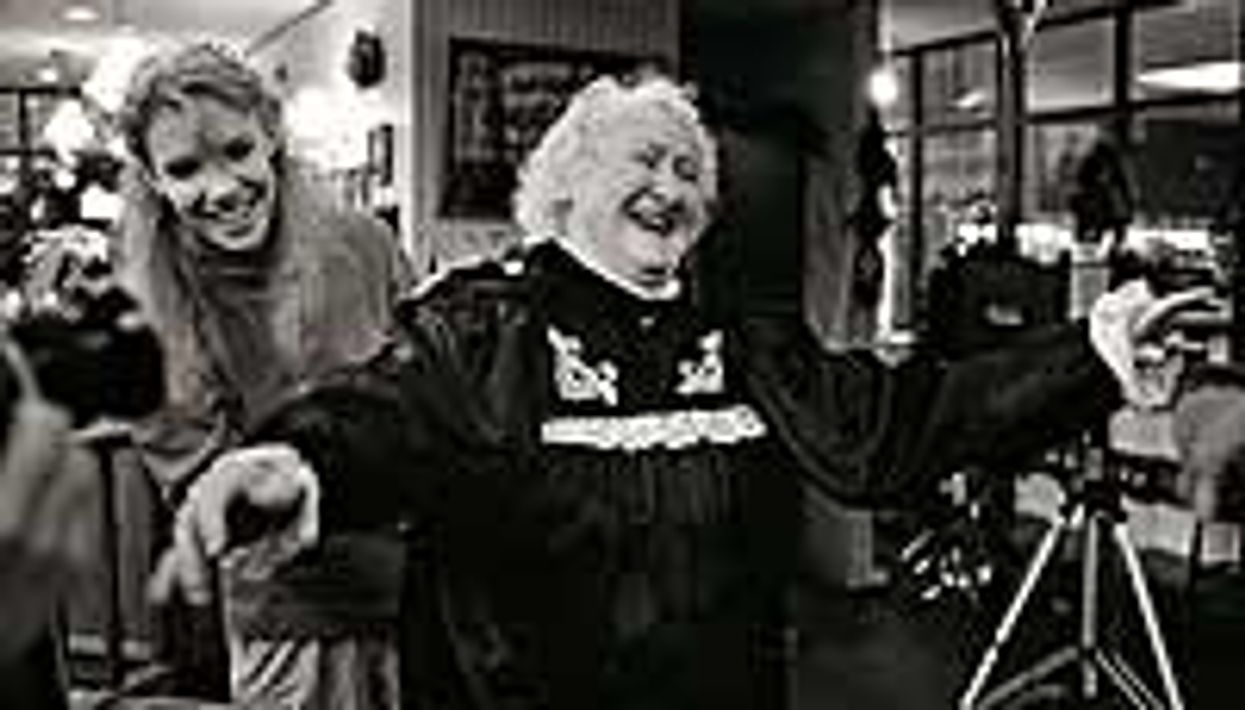 When Alofa Talivaa first became a nursing assistant, she didn't think of it as a dangerous profession. But after working in a San Jose, California nursing home for twenty years, she knows better. She's been kicked and she's been bitten. She's injured her back so many times she's lost count.

Her back problems, she says, were caused by lifting frail elders many times a day -- "and because the electronic lift we had was always broken. Sometimes I would have to stay out of work. Sometimes I'd work but they'd give me light duties."

Talivaa's experience is not unique. It's a little-known fact, but injury rates among nursing assistants and aides are among the highest in any profession. The danger is particularly severe for those working in nursing homes and acute-care facilities, where patients are generally more dependent than in the average hospital.

"Nursing aides lead the nation in back injuries," says William Charney, a health care industry consultant. Many reports from the US Bureau of Labor Statistics lump all health care workers together, but the numbers are compelling nevertheless:

For nursing aides, the most prevalent injuries are musculoskeletal, particularly back injuries, since aides are most often the ones who help patients turn over, stand up, go to the bathroom, get in a wheelchair, and do whatever else they need to do. And many health care facilities are so understaffed that employees must perform these tasks without assistance -- a dangerous situation.

"The bottom line is that there's no safe way for one person to lift someone manually," says Laura Kurre, the Director of Education for the Service Employees International Union, which represents several hundred thousand nursing assistants and hospital aides. "It's a very different thing than lifting a box. With a patient, you have someone who might be heavy, you're lifting them over the bed railing, you may have to lift them multiple times." (Lifting patients is also difficult because they may struggle or be "floppy" -- that is, not balanced.)

According to Kurre, some facilities have in recent years adopted policies requiring that all lifting be done by a two-person team. Many are also purchasing specialized mechanical lifting equipment to facilitate the process. Talivaa, the San Jose nursing assistant, says her facility recently purchased a new electronic lift, and she hasn't had any back problems since.

"There are really incredible devices out in the last few years that make it much easier," says Bill Borwegan, SEIU's occupational health and safety director. "There are battery-operated ones that have boards and slings and are quite remarkable. But facilities are not really buying them to the degree that they should be."

The union hopes the situation will change with the US Occupational Health and Safety Administrations (OSHA) ergonomic guidelines for the nursing home industry. OSHA passed the industry-specific guidelines in 2003 and experts believe they will have an impact on much of the work that nursing aides perform. The guidelines can be found at http://www.osha.gov/ergonomics/guidelines/nursinghome/index.html.

Other industries have benefited tremendously from OSHAs ergonomic guidelines. In fact, OSHA cites its guidelines in the meatpacking industry as the main reason rates of carpal tunnel injuries plummeted 47 percent between 1992 and 1999.

Exposure to blood-borne diseases, primarily through needle sticks, is also a significant job risk for nursing aides, as it is for doctors and nurses. (Some aides may be trained to draw blood; they may also encounter syringes in bed linens.) Although the transmission of HIV through needle sticks has received the most attention, hepatitis C and hepatitis B are other highly dangerous illnesses spread through contact with infected blood.

The best devices currently available are ones where the needle retracts after the injection, but those cost 33 cents each compared to 7 cents for a conventional needle. A lot of facilities, therefore, are purchasing cheaper alternatives that offer additional safety protection but still pose some risk. But a federal needle safety law took effect January 1, 2001, which requires hospitals to purchase the safe needles.

OSHA has developed regulations that cover all employees -- including nursing aides -- exposed to blood-borne pathogens. The rules require training, vaccinations, and the evaluation of work practices to ensure safety (see Resources).

Nursing home injuries continue to be too high

Nursing aides face particularly severe risks in nursing homes and other long-term care facilities. Whereas back injuries accounted for about 21 percent of all injuries in the private sector in 2006, they made up over 39 percent of injuries to nursing home workers, according to the Bureau of Labor Statistics. And patients suffering from dementia may lash out against aides not because they want to hurt them, but because they are confused and frightened.

"Sometimes the patients are combative," says Dean Kidder, a longtime nursing home administrator. "They may swing and hit, so nursing assistants can get bruised, they can get scratched, they can get bit. You can just imagine working with confused people who are fighting because it doesn't feel good to them. All kinds of things can result from that."

Talivaa says she has been attacked twice by patients. "I was kicked right in the chest one time," she says. "That was a patient I was trying to change and reposition. And once I got bitten by a patient whose mouth I was trying to clean with a washcloth. When I finally got my hand out, I had teeth marks on it. They took a couple of days to go away. After that, I didn't clean her mouth anymore."

Experts and union officials say that the injury rate in nursing homes continues to be far too high. One reason, they say, is that nursing home patients are, as a whole, sicker and more dependent than in years past and require more assistance. Understaffing of nursing aides also boosts the injury rate, since it often forces those who are there to lift residents on their own. The high rate of injury is reflected in the nursing home industry's large workers' compensation costs.

In recent years, OSHA has sponsored a program in some states to educate and train nursing home employers and aides about how to reduce the possibility of injury. Some facilities have achieved a measure of success. According to OSHA, a facility in Maine reduced its worker's compensation premium from $750,000 a year to $184,000 by purchasing lifts and other devices to help move patients and training staff in how to use them.

But sometimes it takes employee pressure to persuade managers to make needed changes. Tavilaa says her facility purchased the new lift only after she threatened to call in state regulators: "I said to the administrator, 'I'm going to get somebody over here that you don't want to see over here. My back is the one paying for it, and I'm not going to put up with it.' The next day, we had the new lift."

"Caring Til It Hurts," report from the Service Employees International Union

Bureau of Labor Statistics. Workplace Injuries and Ilnesses in 2005. October 2006.

Bureau of Labor Statistics. Workplace Injuries and Illnesses in 2006. October 16, 2007.