Plumber Mike Tehle could handle everything from clogged-up pipes to deep sewer lines. But he never planned on being buried alive. 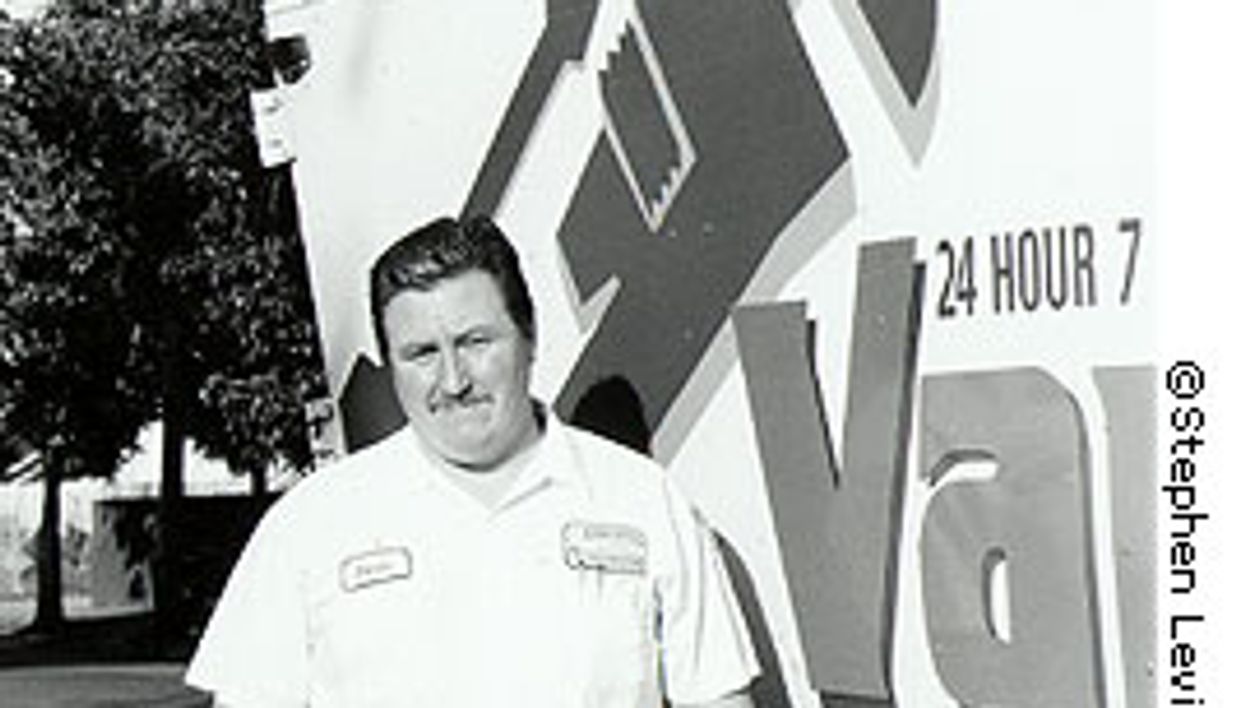 Fetid grease traps, backed-up toilets, overloaded sewers -- as a rule, you don't want to get a plumber started on war stories. But Mike Tehle, a Billings, Montana plumber and a 30-year veteran of the business, has a story worth telling. After all, not everyone can describe what it's like to be buried alive.

In 1987 Tehle was laying sewer lines in a ditch 30 inches wide and 8 feet deep. After connecting two pipes together, he stood up to stretch his legs. Just seconds later, a huge mound of dirt next to the ditch collapsed, burying him past his hat. "It knocked the wind out me, but I couldn't breathe because I was covered in dirt," he says. "It was pretty frightening."

He wasn't underground for long. His son quickly uncovered his head, and a backhoe freed the rest of him. The force of the dirt cracked his skull, broke his jaw in three places, ruined his hips, and caused minor brain damage. Today, he has two artificial hips and Bells palsy, but he knows he's lucky. If the dirt had caught him kneeling instead of standing, he never would have made it to the emergency room. In fact, another Billings plumber died in a nearly identical accident just one month later.

Of course, Tehle never should have been buried in the first place. His crew had brought along sheets of plywood to hold back the dirt -- as required by the Occupational Safety and Health Administration (OSHA) -- but nobody took the time to actually set them up. "Those could have saved me a tremendous amount of injury," Tehle says. Ever since then, he and his crew have followed OSHA guidelines to the letter, he says.

Plumbing isn't usually a life-or-death profession, but minor injuries and accidents are always waiting to happen, Tehle says. "The biggest hazard is that we're never just standing on the ground," he says. "We're always either on our backs, on our knees, or on a ladder." As a result, sore shoulders, backs, and knees are almost unavoidable. And many plumbers, Tehle included, have taken nasty falls while standing on ladders and using high-powered drills. "When those drills hang up on something, they can throw you right off," he says.

Ask any plumber about hazards of the job, and the conversation eventually rolls around to sewage. Backed-up sewer lines and overflowing toilets are to plumbers what marital disputes are to police officers -- nobody wants to take that call. To safely handle every homeowner's worst nightmare, plumbers need thorough training in addition to strong stomachs. That's why Gordon Donato, a plumber who's worked the pipeline beat in New York City for over 30 years, jokingly refers to his plumbing license as a "health license."

For his part, Tehle and his co-workers always wear goggles and heavy-duty rubber gloves when dealing with human waste. And, knock on porcelain, none of them has ever contracted an illness from sewage. Some plumbers, however, seem to rely more on luck than on common sense. "I've worked with old guys who'll reach into toilets with open sores on their hands," he says.

Of course, it doesn't take a plumber to tell you that a backed-up sewer line poses a potentially serious health hazard. Other plumbing breakdowns, though less obvious, can present just as serious a threat. For example, polyvinyl chloride (PVC), a plastic-like material found in many pipes, can ooze hazardous fumes and can emit dangerous gases when it burns or melts.

A conscientious plumber must know, beyond a shadow of a doubt, what is and what isn't safe to handle, says John Hlad, a plumber in Brooklyn, New York, for three decades. "If I'm not sure what something is, I don't touch it," he adds. Risky materials, such as asbestos, still abound in older buildings, as do rusty and corroded lead pipes. In a 1999 study of 459 workers in various construction trades, plumbers had particularly high levels of lead in their blood -- a finding that experts linked to contact with water pipelines containing lead or the dismantling of lead joints.

Several studies at home and abroad have shown that plumbers suffer higher rates of asbestos-related health problems. A large 2006 Swedish report revealed that construction workers and plumbers were afflicted with unusually high rates of mesothelioma, a cancer that has been associated with asbestos exposure.

A Canadian study was similarly disturbing: Researchers found that a group of 99 veteran plumbers and pipefitters had unusually frequent and severe bouts of coughs. X-rays confirmed that many of the plumbers had been exposed to low levels of asbestos.

As hard as plumbing can be on the nose, it can be equally hazardous on the eyes and ears. The Bureau of Labor Statistics reports that craft workers, including plumbers, suffer significant eye injuries from flying particles, falling objects, sparks, and chemicals. And because plumbers often use noisy electric machinery in tight places, they are especially vulnerable to hearing loss. Statistics compiled by the National Institute of Occupational Safety and Health (NIOSH) indicate that 48 percent of plumbers report some hearing loss.

Avoiding these hazards takes study or experience -- preferably both. The modern plumber does far more than unclog drains: He or she fits and maintains water, gas, drainage, and waste disposal systems, installs tricky appliances and plumbing fixtures, and unlocks the secrets to complicated blueprints. Since all this requires time to learn, it can actually take longer for a plumber to receive his license than for a law student to earn a law degree. New York State, for example, requires seven years of study and apprenticeship before a plumber receives his coveted license.

Despite all of the hazards and unsavory conditions associated with plumbing, there's a reason why people like Tehle stay on the job for more than three decades. In his case, he just loves the work. "I like working with my hands, and I like helping people out," he says. "My customers are usually pretty happy to see me."

Here are some recommendations from plumbers like Hlad and Donato and several industry and government sources for staying healthy and safe:

Jarvholm B. Carcinogens in the construction industry. Annals of the New York Academy of Sciences. 1076: 421-8. September 2006.