Today's coaches and trainers are promoting safety, strength, and conditioning to protect players from disabling injuries 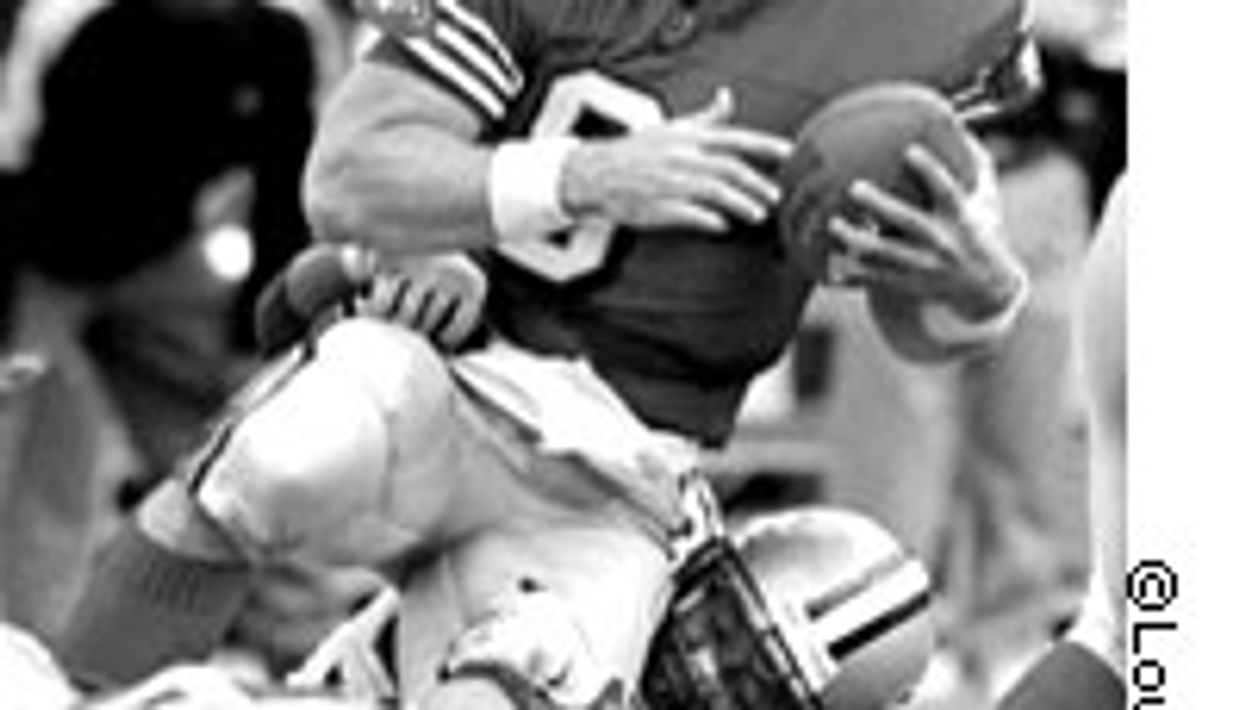 Aaron Rogers led the Green Bay Packers to the Super Bowl title in 2011, but the road to the championship wasn't easy. The quarterback suffered two concussions during the season, a one-two punched that temporarily clouded his thinking and threatened his season.

Rogers had plenty of company: 2010 was the year of the concussion in the NFL. The league reported 154 concussions in the just first half of the season and preseason, up 21 percent from the previous years. Sure, guys were hitting hard, but the league says that much of the spike can be chalked up to greater awareness of concussions. On fields, rinks, and courts across the country, there's a new push to protect the people who put their health on the line in the name of sports.

Professional athletes risk injury every time they train, practice, and compete. It's not surprising, then, that professional athletes were among five occupations that had more than 1,000 injuries per 10,000 workers. Athletes and sports competitors suffer more than 2,000 injuries per 10,000 workers, according to the Bureau of Labor Statistics. (Only an athlete, for example, is likely to experience turf toe, pitcher's elbow, or a sports hernia.) Getting hurt is a part of sports, but today injuries play a larger role -- and receive more attention from teams and the media alike -- than at any time in sports history.

The 2000s saw injuries increase in three major U.S. sports: the National Football League (NFL), major league baseball, and the National Hockey League. With this has come a more vigilant, proactive approach to preventing players from getting hurt, as well as a larger emphasis on keeping athletes healthy once their playing days are over.

A sport in which most plays end with someone being tackled is bound to have its share of injuries. Football's hazards are receiving a lot of attention these days -- concussions, in particular. Recent studies have found that the damage can reverberate far beyond the football field. In 2009, researchers at the University of Michigan announced a shocking study of the long-term effects of repeated blows to the head. The study found that ex-NFL players over 50 were diagnosed with dementia at a rate five times the national average.

The attention to concussions has led manufacturers to modify the helmet itself to absorb the impacts players take to the head. The National Operating Committee on Standards in Athletic Equipment (NOCSAE) continuously investigates ways for helmet manufacturers to improve helmets, such as thicker outer shells, softer inner padding, and air-filled compartments, which shape and move with a player's head to distribute the force of an impact.

Officials are also strictly enforcing rule changes prohibiting helmet-to-helmet contact and striking an opponent above the shoulders. Stiff penalties, fines, and suspensions accompany violations of these rules. Still, concussions remain a problem, possibly because today's athletes are bigger, faster, and stronger than in previous years. Linebackers these days run as fast as running backs and receivers, and weigh roughly 230 to 250 pounds, creating more vicious collisions and thus more injuries.

The "turf monster," which has been known to reach up with its fuzzy, green, stiff-carpet grip to end a player's game or season, is another nemesis of football players. Artificial surfaces are famous for causing injuries when a player hasn't even been tackled. Among the victims is Jamal Anderson, the star halfback of the Atlanta Falcons, who was planting his foot to make a cut on artificial turf when he blew out the anterior cruciate ligament in his right knee.

League dynamics, such as expansion and a salary cap, have put the spotlight on such injuries. Expansion has watered down talent across the league, and the salary cap has limited the number of "big money" players on a given squad. These factors are responsible for teams carrying fewer veteran or talented backup players, which has made rosters more vulnerable in the event of injury. If a key player goes down, the teams go down as well.

To help prevent injuries, Oakland Raiders head trainer Rod Martin recommends training and conditioning specific to the sport. "For football, we train for the angles and direction changes that come with the sport," Martin says. "Often, players will just train by running sprints and long distances in a straight line, but that's not the way the sport is played."

The most common injuries Martin sees are hamstring and groin pulls and strains. He recommends athletes train on the surface they play on and that they wear proper shoes when they practice. "We primarily play on grass, and therefore we have the players practice on it in their cleats to avoid leg muscle pulls and strains," he explains. According to Martin, keeping properly hydrated by drinking plenty of water during training and before games is one of the most important things a player can do. "This will reduce more than cramps," he says. "It will reduce muscle fatigue which decreases the chance for injury."

Baseball: In search of a safer athlete

As in football, injuries in baseball have sidelined dozens of major players According to former San Francisco Giants head trainer Stan Conte, now with the Los Angeles Dodgers, major league baseball's injuries increased 3 percent every year between 1989 and 1999 -- a rise that some experts attribute to steroids. "The side effects from the steroids was the increased injuries, because players were more fragile and their muscles were becoming too big, and the training was too intense for the body," Barry Axelrod, treasurer of the U.S. Anti-Doping Agency, told the New York Times.

The numbers plummeted in 2002, a year before baseball began testing for steroids and remained lower until the numbers jumped 26 percent from 2006 to 2008. Some insiders have said that testing for stimulants may be one reason -- stimulant use had postponed symptoms of injuries, and without them, athletes realized they could not continue to play through the pain. The numbers of injuries leveled off somewhat in 2010, although the roster of injured players in recovery, including Johan Santana and Carlos Beltran, is still substantial.

Conte points out that some injuries are unavoidable, but if a team manages to reduce them, he says, "It's not luck, it's preparation."

The Giants, for example, changed their conditioning program to feature functional exercises specifically designed to prevent baseball injuries: "Before, pitchers were conditioned with slow cardiovascular training, because pitching was always compared to a marathon. But it's not," Conte explained.

He explained that pitching is a series of short, explosive movements done repetitively. For this reason, he changed the pitchers' training and conditioning to rapid-movement drills to reduce throwing injuries, which make up 48 to 50 percent of the injuries he treats. The change was also intended to reduce the leg injuries that can occur when pitchers kick out one of their legs during delivery, and the sudden shift from pitching delivery to fielding.

This kind of conditioning can also help pitchers dodge screaming line drives up the middle, which can be extremely dangerous. In a frequently replayed, gruesome incident, Boston Red Sox pitcher Bryce Florie was hit in the face by a batted ball, suffering a broken eye socket, a nasal fracture, and retinal damage. Sometimes a foul can be just as dangerous: in March 2011, Atlanta Braves minor league manager Luis Salazar lost his left eye after he was hit in the face by a wayward line drive.

Basketball fans playing pretend managers blog about the many injury-prone NBA players they might (reluctantly) not draft. Truth is, injuries are all too common in basketball, even among weekend warriors on the playground, and are especially hard to prevent in the NBA, with teams playing an 82-game season, plus practice and off-season play. The American Orthopaedic Society for Sports Medicine (AOSSM) recommends preventing jumpers' knee through strengthening and increasing flexibility of the quadriceps muscles, and by resting when the pain becomes too intense. But if tendonitis still occurs, the AOSSM recommends rest, strengthening, and neoprene sleeves and braces to keep the injured area warm. The society also recommends heating the area before activity and icing it for 20 to 30 minutes afterwards.

Contrary to Hollywood myth, trainers do not drug or "shoot up" a player to get them out and win the big game, Martin says. "I've never known that to exist in my years as a trainer," Martin says. "That would ruin the good-faith relationship between player and trainer, and they would no longer have confidence in their medical staff."

Martin prefers a player come to him as soon as he feels something is wrong. He knows, however, veteran players can often figure out whether they need assistance or whether an injury is minor enough that they can take care of it themselves, and prevent it from becoming serious. Athletes, especially veterans, are in tune with their bodies, and they tend to know the difference between being just sore or worn down and when they are injured. It's not wise to let an injury linger, so an athlete should seek medical attention from his or her trainer or a sports physician to immediately prevent it from worsening.

"There's nothing like experience," Martin says. "If an athlete has had an injury before, they know what to expect. They can feel when they need medical attention and are less uncertain about what will happen next."

But there are times when a player's competitive fire gets the best of him, and that's when Conte says he takes matters into his own hands. "Much like a football trainer takes a player's helmet to keep him from sneaking back into the game, I'll take a guy's glove," he says. "When a player is on the field injured, neither he, nor his team benefits."

How a pro athlete mentally approaches the constant specter of injuries -- some potentially career-ending -- is very important to avoiding them. "If a player is worried about getting injured and trying to not get hurt is their main goal," says veteran trainer Mike Abdenour of the Detroit Pistons, "then they play timid and are too conscious of getting hurt, and that's when there is an increased chance for injury."

But experienced athletes also realize that serious injuries can sideline them. "That is their motivation for strength and conditioning," Martin says. "Athletes are extremely motivated people, and they know they must train properly to lower their chance for injury."

Recovering from an injury requires the proper mentality as well. If an athlete remains in low spirits and feels there is no hope to return after an injury, he may not rehab properly. "After the initial disappointment and depression an athlete goes through during a serious, rehab-requiring injury, they usually accept it," says Conte. "From there they focus on rehabilitating and getting back to the form they were in. This is the pattern for those who dedicate themselves and rehabilitate well."

Turf injuries, concussions, broken bones: some injuries may be unpreventable. But coaches and trainers agree that proper training and precautions can help prevent a promising athletic career from being cut short. Thanks to a proactive and preventive training approach, other players like Ram wide receiver Isaac Bruce will be able to celebrate championships, not on crutches and in street clothes, standing on the sidelines, but on the field, in uniform, competing and doing their jobs.