Falling is every window cleaner's nightmare. When his scaffolding broke five stories up, Jim Willingham had to think fast. 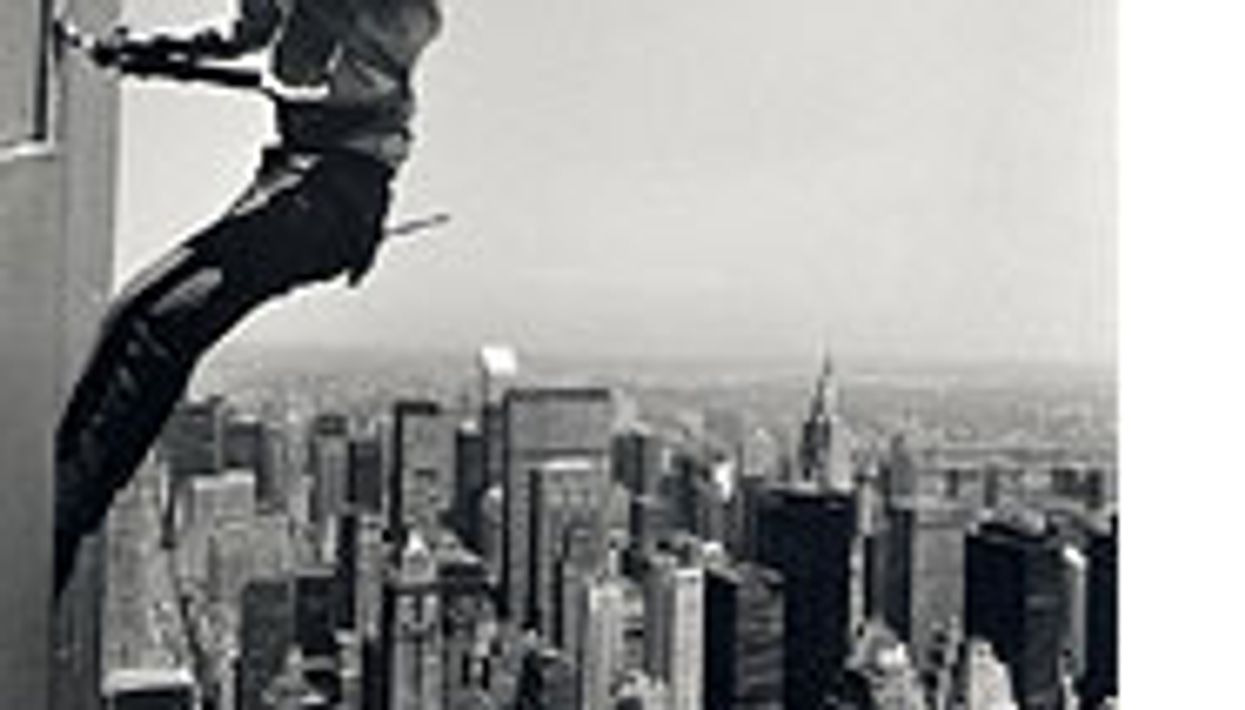 A five-story building doesn't sound too daunting, does it? Even someone with a major fear of heights could enjoy the view from there. But when Jim Willingham dangled helplessly above the ground, it seemed plenty far enough. Like most window cleaners, he knew an interesting tidbit about physics: A person falling from a five-story building hits the ground just as hard as a person falling from an airplane without a parachute.

With that in mind, window cleaners usually handle their equipment with the same single-minded intensity as skydivers. But one day Willingham decided to cut a few corners. The building owner had failed to put in roof anchors on the second half of the building. Instead of securing his boatswain's chair at two separate locations as required by the Occupational Safety and Health Administration (OSHA), Willingham attached it to a single seven-foot counterbalanced beam that he and a coworker had hauled to the top of the roof.

With his partner guarding the beam, Willingham and his boatswain's chair went over the side of the building. And that's when the trouble began: "I was working on the fifth floor when, all of a sudden, I felt myself fall," Willingham recalls. "I reached out and grabbed the window molding. It was an automatic reaction, like being able to lift a car in an emergency situation. I latched onto it like a cat in a tree."

He yelled for his partner, who called back frantically that one of the legs on the beam had broken and he was unable to right it. Willingham couldn't hold onto the window molding much longer, and the beam would likely fall if he tried to climb back up. In an instant, he decided to rappel down to the ground and hope the beam didn't come rolling off the roof after him. He shouted for his coworker to sit on the beam while he inched himself downward. He realized later that this was precisely the wrong thing to say. "When you're hanging there, you think the extra weight is going to help," Willingham says. "But I could have pulled him over as well."

Fortunately, both Willingham and his partner survived the incident without injury -- and vowed not to take any more unnecessary chances.

Not as perilous as it looks

For many people, the sight of a window washer, dangling from skyscrapers like some sort of urban mountaineer, is a bit unnerving. To the casual observer, the profession would seem to be one of the most hazardous there is. Not so, says Richard Fabry, publisher of American Window Cleaner Magazine. "Window cleaners have a reputation for being wild cowboys," says Fabry. "The public sees what they do and thinks, 'Oh, my god, how dangerous!' But it's like [flying] in an airplane: People sometimes get nervous, but it's very safe compared to driving a car."

Despite its potential for injury, window cleaning -- whether it's homes or skyscrapers -- doesn't make it onto the list of the top 100 most dangerous occupations, according to the National Institute for Occupational Safety and Health (NIOSH). But accidents can still be deadly: An analysis report compiled by OSHA lists 88 window cleaning accidents over a 15-year period, 62 of which resulted in fatalities.

The industry considers these numbers to be artificially low. Window cleaning is still under regulated, and formal certification isn't required yet, so a lot of people do the job in a way that endangers both themselves and the public. It doesn't have to be as drastic as what happened to Willingham, with 500 pounds of steel threatening to hurtle off the side of a building; it can be something as simple as a ladder falling over. In fact, the number one cause of accidents among window cleaners involves a ladder mishap, like getting a metal one entangled in overhead electrical lines. Additionally, some employers do not follow the most basic safety regulations. In 2005, OSHA fined one Boston-area company $152,500 for a number of violations, including several fatal accidents. In one accident, workers had not anchored down a window washing platform.

Preventing accidents from on high

For window washers, high-rise equipment failure, whether it involves a boatswain's chair or a swing scaffold (a platform suspended by two or more lines) is especially dangerous. "Unfortunately, if somebody does something wrong using high-rise equipment, it usually means death," says Stefan Bright, safety director of the International Window Cleaners Association (IWCA), a trade organization started in 1991. Other problems include not securing the platform correctly, using ropes and pulleys or riggings that are worn or frayed, feeling too confident to test the knots used to anchor the platform to the roof, exceeding the load that a window cleaning platform can safely hold, and working in winds over 20 miles per hour.

"Wind is a major problem, because it causes swaying," says Willingham. "Think about it -- you're suspended from a rope or cable on a platform or a boatswain's chair, the wind comes up, and it essentially acts like a sail. It can pick you up and blow you around the corner of the building."

Every trade has special equipment for preventing accidents, and window cleaning is no exception. One "important and basic" precaution, according to Fabry, is that window cleaners who aren't on a flat surface should use a ladder leveler rather than a piece of wood to shore up the bottom of the ladder. He also favors a piece of equipment called a ladder stabilizer: "You put it on the top two rungs of the ladder, and it gives a lot of strength and stability to the top, where the window cleaner stands. This is really important, especially for somebody who's just starting out."

Fabry also suggests protecting yourself from the chemical solvents sometimes used in window cleaning. "Most of the stuff we use is nontoxic, but there are different poisonous acids used to remove mineral deposits. So it's always important to have gloves and eye protection and a mask, to make sure you're not getting something into your bloodstream that you don't want."

One challenge, experts say, is that the window cleaning industry has developed guidelines over the last century without any real influence from regulatory bodies -- and sometimes come up with a few risky practices. According to Bright of the IWCA, "Guys were learning from the guys before them, who learned from the guys before them. But that doesn't make what they were doing right, it just means they've been getting away with [using incorrect procedures] for years."

To aim for a higher level of safety in the industry, IWCA offers training seminars and safety handbooks. It also pushed for the passage of I-14, a general industry safety standard for window cleaners that deals with everything from equipment to procedure to building design. The standard was approved by the American National Standards Institute in October 2001. After all, IWCA isn't targeting only window washers, but also building owners who often haven't been required to maintain or even provide safe roof anchors.

"When a window cleaner is told he needs an anchor that's going to hold a truck, and he gets to the roof and there's nothing up there that would hold a bicycle, what is he supposed to do?" asks Bright. "He can't say, 'I'm not gonna clean your windows,' because the owner of that building will find somebody who is foolish enough to do it. Then there's an accident and it's a whole nasty thing [when the building gets sued]. A general safety standard is going to protect a lot of people: the building owner, the window cleaner, everybody. It's a nice way for the industry to clean itself up."

Willingham, who now runs New Day Window Cleaning Services in Lubbock, Texas, and has been instrumental in shaping the new I-14 safety standards, cautions that window cleaners, experienced or not, need to take the time to check each piece of equipment every time they begin a job. "Some people may find [these rules] restrictive, and some people are going to want to do things the way they've always done them, but we're trying to come together as an industry."

As far as the chances he took in the past, Willingham says he's learned his lesson. "Back then, I wanted to rule the world and clean every window in town. But three years ago, I refused to work on a building that didn't have roof anchors. I said, 'To hell with it, I'm not doing any buildings that don't have tie-backs. They can hire someone else, but I'm not putting myself at risk. And I'm definitely not putting my workers at risk.'"

Here are some recommendations from Willingham and Bright, as well as the IWCA, for keeping yourself safe on the job:

A nonprofit trade association committed to raising standards of professionalism and safety within the window cleaning industry, IWCA offers safety seminars, and other educational programs. The group also publishes the books Safety Guidelines and Window Cleaning Handbook and Accident Analysis of the Window Cleaning Industry.

As part of the U.S. Department of Labor, OSHA develops and enforces safety and health regulations in the work place.