See What HealthDay Can Do For You
Contact Us
February 6, 2020

Some U.S. Workers Are Bringing Toxins Home to Their Kids 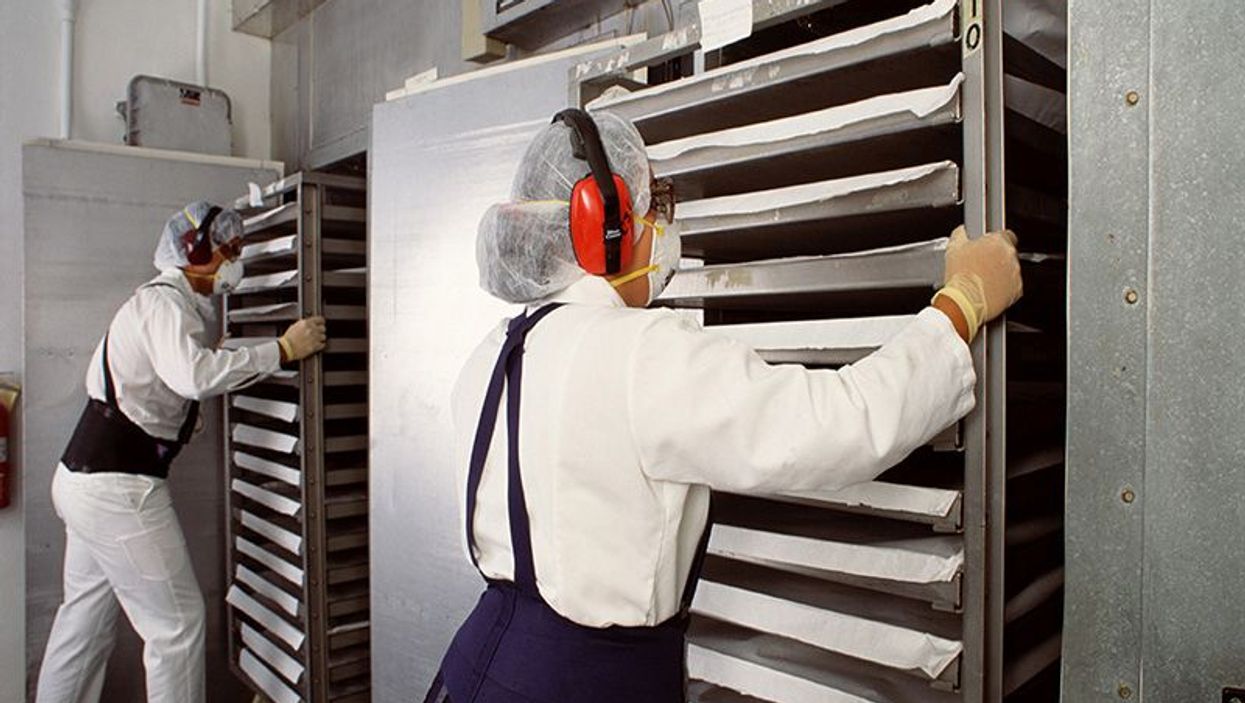 In the home, these substances put family members, especially children, at risk of serious illness.

While precautions may be taken in the workplace to protect workers, these take-home exposures may fall into a regulatory blind spot, the review authors noted.

Ceballos is a former industrial hygienist at the U.S. Centers for Disease Control and Prevention. She worked on one case in which two young children were accidentally poisoned by lead from their father's work at an electronics recycling facility.

The father's job involved grinding up lead glass from cathode ray tubes used in older electronics. As a grown man, his lead exposure wasn't high enough to affect his health. But dust traveled home on his body and clothing, exposing his children to dangerous levels of lead.

He had been working at the facility for about a year when his kids were diagnosed with high levels of lead, according to Ceballos. Eventually, they showed signs of toxic lead exposure, including behavioral, developmental and learning difficulties.

One of the most well-known examples of take-home exposures occurred in the 1970s, when workers from various industries routinely brought home asbestos fibers on their bodies and clothes, the review said. Exposed family members sometimes developed a type of cancer called mesothelioma that often affects the lungs.

But even some jobs that seem low-risk can produce take-home exposures, the researchers found. For example, some studies have shown that children of bakers have a higher risk of asthma and allergies. This might be due to wheat sensitization triggered by flour tracked home by a parent.

Ceballos suspects most workers have no idea that this could be a problem.

"They're working really hard to make a living, and for the most part, I don't think they know the risks," she said. "Those two kids who were poisoned with lead? Their father had no idea [that his work might bring lead home]."

She said employers aren't always aware of the risks, either.

"It's a very tough problem," Ceballos said, adding, "These take-home exposures should be preventable."

The review authors said the biggest impact would likely come from primary prevention. Workplaces should limit use of the most toxic chemicals whenever possible. And, workers should be well-trained on ways to reduce their exposure and that of their families. The authors also said regulations should be in place to help prevent contaminants from coming home.

For workers, Ceballos suggested washing up as much as possible before leaving work. Have clothes and shoes that you can change into before going home. And, she said, be sure to clean your car because contaminated dust can settle in it. But, if you're exposed to lead at work, it's very difficult to prevent all exposure in the home, she cautioned.

Dr. Robert Laumbach is an associate professor at the Environmental and Occupational Health Sciences Institute at Rutgers University School of Public Health in Piscataway, N.J. He examined the findings.

"This review shows there is a continuum between work and home, and we need to pay more attention to what happens between the two," Laumbach said.

He said workers in industries that can present these risks may not understand the risks, or they face language barriers, and may be "disempowered to do anything about it."

And, while large corporations likely have safeguards in place and have uniforms and a place for workers to shower, Laumbach said "smaller employers may not be following all the regulations. Sometimes it's due to ignorance or some may not have the resources, and there are some that might not care."

He said this review is a call to look at ways to better protect workers and their families.

The review was recently published in the Annals of Work Exposures and Health.

The Canadian Centre for Occupational Health and Safety offers more about preventing workplace exposure to toxins.