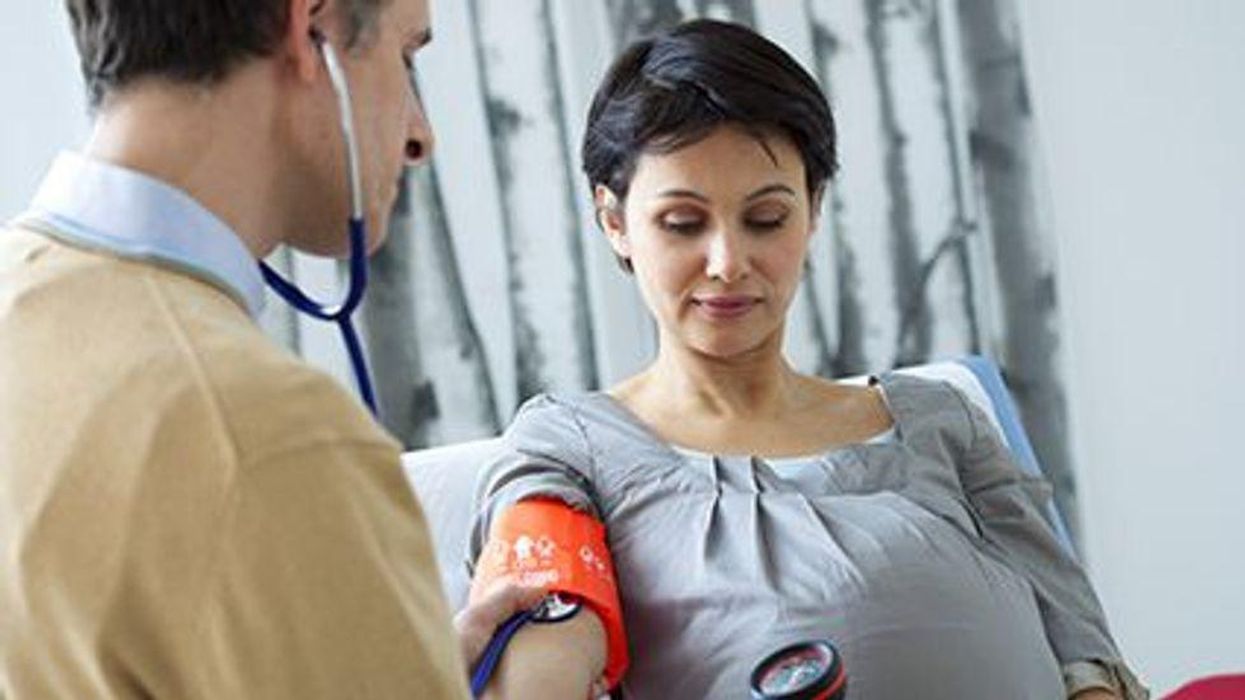 TUESDAY, June 15, 2021 (HealthDay News) -- Offspring of mothers with hypertensive disorders during pregnancy (HDP) may have an increased risk for developing stroke later in life, according to a study presented at ESC Heart & Stroke 2021, the International Conference of the European Society of Cardiology Council on Stroke, held virtually from June 2 to 4.

Fen Yang, from the Karolinska Institutet in Stockholm, and colleagues examined the associations between maternal HDP and the risk for ischemic heart disease (IHD) and stroke in offspring in a cohort study of 5,807,122 singleton live births in Sweden during 1973 to 2014 and Finland during 1987 to 2014.

The researchers found that 3.76 percent of mothers had maternal HDP. During follow-up of offspring up to 41 years, there were 5,360 strokes and 2,340 cases of IHD (0.09 and 0.04 percent, respectively). Offspring exposed to maternal HDP had increased risks for IHD and stroke of 29 and 33 percent, respectively. The associations persisted after adjustment for preterm birth and fetal growth restriction. In sibling analyses accounting for genetic/environmental factors, the association persisted with stroke, but not with IHD.

"The sibling analyses suggest that shared genetic or environmental factors were the main contributors to the association between hypertensive pregnancy disorders and the risk of ischemic heart disease. However, the increased risk of stroke persisted, indicating the possibility of direct intrauterine effects," Yang said in a statement. "This was one of very few studies in this area and more research is needed. It was an observational study, and we cannot make any conclusions about causality."